How to Vote for the Perfect Candidate, Every Time

How to Vote for the Perfect Candidate, Every Time November 4, 2014 Billy Kangas 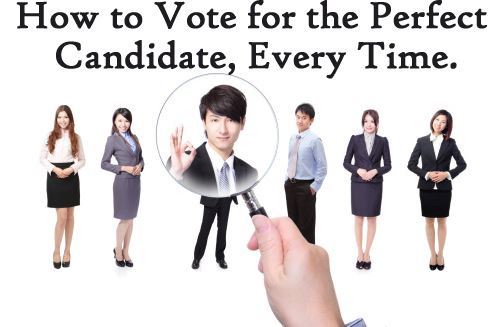 A few years ago I was at my friend’s home near election Day. We were talking about who we were going to be voting for, and I mentioned that I planned on writing in a non-candidate for a particular office. This was something I often did, but he found it to be abhorrent.

From his perspective a failure to vote for the candidate you are more inclined to vote for is, de facto, a vote for his opponent. I should also mention that he believed that the only candidate that someone should vote for is the one who is pro-life. He seemed to believe that if I didn’t vote for the pro-life candidate I was actually supporting abortion.

This made me uncomfortable.

I felt that to vote like this was dangerous. In our current two party political system when we attach ourselves wholeheartedly to one political issue, we are in effect also attaching ourselves to the rest of the party platform that fights for that issue. A person might become a republican because of the pro-life issue, or become a democrat because of a commitment to anti-poverty entitlements but may find they are soon adopting other party-line ideals which are less in line with their faith.

I have seen this happen many times.

Political parties have gravity. They clump issues together and create a narrative all their own to articulate their worldview. In a sense they use their political positions to form a picture of the form of government they seek to establish.  To buy into a particular political platform often means accepting the entire political picture that is being presented by the party. This is what people talk about when they talk about holding to the party line.

This is what I found dangerous about what my friend suggested. By becoming a single issue voter it made my friend vulnerable to becoming a political apparatus for some decisively unchristian positions.

But what is a citizen to do?

There isn’t a party that is consistent with my faith. Sometimes one party is right about one issue, and wrong about another. Sometimes there seems to be no party that stands up for what I believe should be key concerns for Christians today. This is particularly true when we talk about issues of economics and foreign policy. There is very rarely a single candidate I feel comfortable casting a vote for at all.

And yet, I feel as if my friend was right when he critiqued me for just writing in a candidate. In many ways by simply writing in a random selection I ensured that my voice was not heard. Over the past few years this has really bothered me. I wanted to stick by my convictions on all the issues that were important to me, YET I felt that I was neutralizing my voice by refusing to vote for people I considered simply the lesser of two evils. 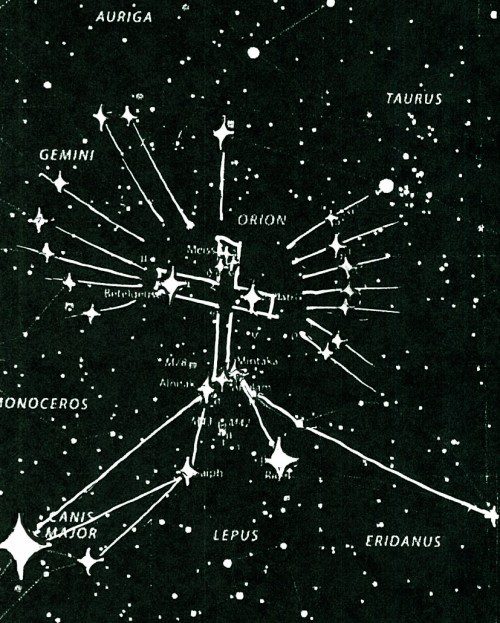 It became clear to me that to be a Christian in contemporary political debate was to be homeless, in a sense. I wanted a way to voice a Christian political image; one in which the constellation of issues I supported formed the image of CHRIST not the image of the GOP or the Democrats.

Finally I had a very simple idea.

This is what I have tried to do. I have made sure that I have spoken to my representatives and their staffs. I have made trips to their offices. I have written hand written letters. I have made phone calls, and sent emails. In a sense I have started to let me candidates know why I will or will not be voting for them. I am able to let my voice be heard, and have never felt I have had to compromise on an issue. My advocacy has allowed me to vote for the candidate I truly want, not simply the candidate that is available.

I once read that it can take as few as 7 hand-written letters to change a congressional leaders mind on an issue.  I find this to be an amazing idea.

I am still just as frustrated as ever on election day. I still write in candidates sometimes. I still feel like my vote is often wasted, BUT I know that there are other ways to cast a vote. Each day I stand up and speak up for what I believe in, I am voting my convictions. The only time I am really throwing my vote away is when I don’t take the time to let my voice be heard.

So happy “voting day” to all my fellow Americans. I hope those of you who have a vote have taken the time to exercise it, but I hope you don’t stop there. I hope you take the time to let everyone you voted for know WHY (and I hope you kow why too). Let’s work to make sure we are telling the right story; not a story that relies on uncharitable economics, abuses ones neighbors or disregards the sanctity of human life. Let’s tell the story of radical love. Let’s form a constellation that looks like Christ.

October 19, 2014
Raphael’s Transfiguration: The Kingdom of God as both NOW and NOT YET.
Next Post

November 5, 2014 Does the way Jesus died matter?
Recent Comments
0 | Leave a Comment
Browse Our Archives
get the latest updates from
The Orant
and the Patheos
Catholic
Channel
POPULAR AT PATHEOS Catholic
1

Dear Ohio: A Word About Snow
Steel Magnificat
Related posts from The Orant