Why Catholics Oppose the Death Penalty 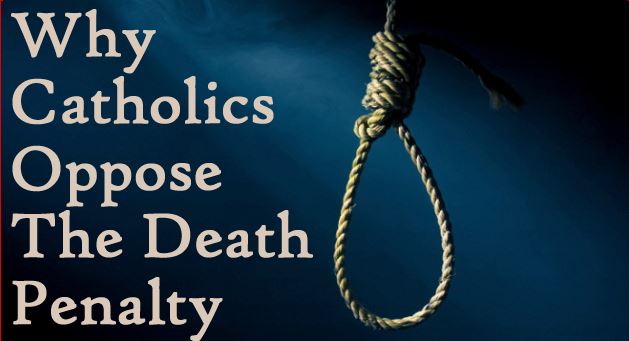 Early this year Henry McCollum, North Carolina’s longest serving death row inmate, walked out of prison a free man. He has spent the majority of his life—30 years—behind bars for a crime he did not commit. Thanks to DNA evidence, we now know that the confession extracted by police in the early 1980s was in all likelihood the result of a scared kid who was looking for a way to go home, rather than a piece of real evidence.

This is a sobering story.

The assumptions of a few law enforcement officers not only unjustly cost Henry McCollum many years of his life, but would even have taken his life had not DNA evidence emerged. Many of us are left wondering how many more Henry McCollums there are. How many men and women have been killed in the name of justice for crimes they did not commit? How much blood do we unknowingly carry on our hands? How many wrong convictions will it take before we reevaluate the death penalty?

I was particularly touched by reading an article by McCollum’s attorney, Kenneth J. Rose, on the case. In it, he states:

With Henry finally free, some people expect me to feel satisfied, or even happy. The truth is: I am angry. I am angry that we live in a world where two disabled boys can have their lives stolen from them, where cops can lie and intimidate with impunity, where innocent people can be condemned to die and where injustice is so difficult to bring to light.

We are giving the right to kill to a system that is broken at every level.

Recognizing that human life is sacred and that it should never be taken if recourse to other action is available, the Catholic Church teaches that the death penalty should be avoided in contexts where other means of protecting the lives of those in the community are available (CCC 2267). Catholic teaching is also clear that the death penalty is never an ethical recourse in situations where there can be any doubt of the guilt of the condemned. This latest example of the fallible criminal justice in the United States strengthens my resolve to continue to fight to see an end to the death penalty throughout all 50 states and US territories.

To find out news and information about how you can get involved, please check out the good work that is being done by the Catholic Mobilizing Network to End the Use of the Death Penalty.

For further reading on Catholic teaching about the death penalty see:

This article originally appeared on Millennial. Check it out.

November 13, 2014 Kim Kardashian and the Immaculate Conception: A PSA
Recent Comments
0 | Leave a Comment
Browse Our Archives
Related posts from The Orant