John Ogilvie – A Witness to Faith 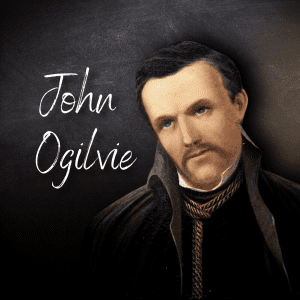 How much does speaking about Jesus mean to you?

John Ogilvie is the only post-reformation Catholic saint from Scotland. Born a Presbyterian, converted to Catholicism as a teenager and soon became a Jesuit. He returned to his homeland and was eventually executed because of his instance of proclaiming his faith to others. His death was marked by signs of how dearly he was rooted in a life of prayer. As he spoke to the crowd at his execution he asked if for the prayer of any secret Catholics in the midst of the group. He also threw out a set of rosary beads into the gathered mass. Some even say that the person who caught the prayer beads themselves converted later in life.

May we all live our lives with openness to what God has done in our lives.

March 11, 2021 God's Voice in Unexpected Places
Recent Comments
0 | Leave a Comment
"The day of my birthday, May 1st, is also a feast day of St. Joseph. ..."
Box Tinkerer Saint Joseph – Actions that Speak ..."
"This is so true! I reread the Practice of the Presence of God last year ..."
Kathy Sullivan St. David Of Wales – The ..."
"One of my favorite saints"
Ame Angela Merici – Humble, Simple, Practical ..."
"Is the Amplified Bible guilty of illegitimate totality transfer? I have compiled dozens of explanations ..."
Michael Weaver The Use of the Bible in ..."
Browse Our Archives
get the latest from
The Orant
Sign up for our newsletter
Related posts from The Orant