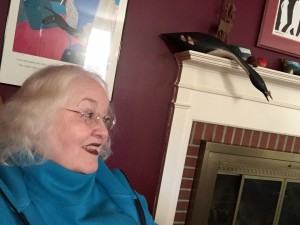 Nancy Rockwell lives and writes in Exeter, New Hampshire. She has earned three degrees,  in literature at Brown and theology at Harvard, has studied liturgy at Canterbury Cathedral  liberation theology in Nicaragua and Mexico, Spanish in Guatemala, Spiritual Direction at Shalem, and Celtic Christianity and paganism in Scotland and Ireland.

Ordained in the UCC, she has preached and taught in parishes in Mass and NH for over thirty years.  She was delighted to be the Holy Week Lecturer and Palm Sunday preacher at St. Luke’s Episcopal Church in San Francisco in April, 2014.  She has taught Christianity and Literature to small groups in many settings from New Hampshire to North Carolina.

She has written twelve reflections on gospel texts for Abingdon Press, part of a 2016 lectionary resource volume, available in print and online.

She’s written Christmas plays that have been performed in churches around New England, sung in The Christmas Revels in Cambridge and for decades was an avid contra dancer.

The Bite in the Apple is a blog of reflections on Christian wisdom and our times, using the gospel passage assigned for the week as a focus.