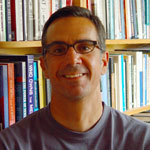 Richard Flory is director of research in the USC Center for Religion and Civic Culture and Associate Research Professor of Sociology at the University of Southern California. His Ph.D. is in sociology from the University of Chicago, and his primary research and teaching interests are in the intersection of religion, culture and urban life. He is the author of Growing up in America: The Power of Race in the Lives of Teens, (Stanford University Press, 2010), Finding Faith: The Spiritual Quest of the Post-Boomer Generation (Rutgers University Press, 2008) andGenX Religion (Routledge 2000).

His current research is focused on several projects that investigate the role of religion and religious institutions in the civic life of Los Angeles. These include an investigation of the role of faith-based organizing in Los Angeles since the 1992 riots, an ethnographic study of the “Dream Center,” a large-scale Pentecostal ministry in Los Angeles that includes a church and dozens of social outreach programs in the city, and a project investigating the current landscape of Pentecostalism in Los Angeles. His research has been supported by grants from the University of Southern California, the Louisville Institute, the Pew Charitable Trusts, the Lilly Endowment, the Haynes Foundation, and the John Templeton Foundation.