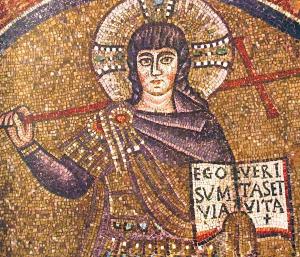 The Logic of Penal Substitution

As a young, gungho Calvinist in the 1980s, I composed a 180+ page M.A. thesis / apologetic for penal substitutionary atonement, titled “The Nature of Christ’s Suffering and Substitution.” In retrospect, I’m embarrassed by my anachronistic reading of the early church, my inability to distinguish the difference between “exchange” and “substitution,” and my assumptions about the necessity of wrath-appeasement. If that’s all gobbledygook to you, the reader, no worries. We’ll get to the good stuff momentarily. I will say in my defense that at least I knew the Cross was central to Christian faith, whatever it might mean.

During my research, I found an article by J.I. Packer on “What Did the Cross Achieve? The Logic of Penal Substitution,” which was to become my North Star as I laid out my case. I agreed with his assessment that penal substitution “takes us to the very heart of the gospel” and that “the cross had the character of penal substitution, and that it was in virtue of this fact that it brought salvation to mankind.” I was all in. And if P.S.A. in your thing, Packer is (or should be) your guy and he was definitely my hero.

Later, I came to see the fallacies at the heart of his (and my) logic … particularly the assumption that God is not free to forgive until his wrath is first fully appeased … and how? Only by pouring out all the fullness of God’s anger at sin onto his Son on the Cross through physical, emotional and spiritual violence and death. By redirecting the wrath (i.e. violent anger) of God from deserving sinners onto the innocent Lamb, the Father was released to forgive the elect without violating the demands of justice. So while Packer’s logic seemed sound to me at the time, thirty years of investigating those premises with guidance from other voices and traditions led me to conclude that penal substitutionary atonement does not, in fact, take us to the heart of the gospel. I’ve expounded my reasons elsewhere (Jersak and Hardin, eds., Stricken by God? and Jersak, A More Christlike God). The shortest version:

The Logic of Christus Victor

To many of my Evangelical friends, my renunciation of Packer’s P.S.A. seemed tantamount to apostasy, since they had wrongly conflated this unsatisfactory (!) and relatively recent atonement theory with the gospel itself. Others were willing to entertain the possibility that by embracing “Christus Victor” instead, I might at least still be “saved,” however deluded. Christus Victor says that “the work of Christ is first and foremost a victory over the powers which hold mankind in bondage: sin, death, and the devil” (Gustaf Aulen, Christus Victor).

Unfortunately, Christus Victor has often been mistaken for an early Christian atonement theory (among others) when in fact, it’s one way that both the Old and New Testaments directly describe the power of the gospel. Is it a ‘theory’ that Christ “bound the strongman and plundered his goods” or that the Cross “disarmed the principalities and powers”? The apostolic witness is that in Christ’s life, death and resurrection, Satan, sin and death are defeated. That’s not an atonement theory–that is the heart of the gospel. Atonement theories only tell us how and why the Cross achieved this victory but the gospel proclaims that it surely did.

I’ve said all of the above to set up one simple point: there is a logic to Christus Victor already made explicit in the Book of Hebrews 2:14-15 and later, carefully expounded by St. Athanasius in On the Incarnation. The New Living Translation (which featured not only Hebrew and Greek scholars, but also English experts) illuminates the author’s rationale for the Cross:

Do you see the flow of his argument? The author answers two all-important questions:

As we love to sing in my faith tradition, “Christ is risen from the dead, trampling down death by death, and upon those in the tomb, bestowing life.”

The Logical Limits of Christus Victor

Christus Victor in this text (1) doesn’t directly answer every question we have about the Cross. And (2) it apparently can’t answer questions that are shrouded in the Mystery of the Cross.

(1) First, while Christus Victor (in this passage) doesn’t directly answer every “why” to the Cross, theologians like Athanasius could extrapolate simple corollaries. For example, Hebrews 2 does not tell us why Christ’s death had to take the form of a violent and unjust murder as opposed to a fatal disease or accident. But since the author identifies Christ’s victory over Satan, sin and death (not only death), we can see how all three culprits would inevitably have a hand at the crucifixion:

(2) Second, while the author of Hebrews and his Athanasian prodigies can provide a rationale for what happened through the Cross, as with P.S.A., there are clear limits as to why it had to happen that way (which is why I say that Christus Victor does not venture into atonement theory). Namely,

BUT, here’s the thing. Unlike the shaky foundations of P.S.A., the premises of Christus Victor were not posited by medieval or scholastic or Reformation speculators. They are revealed as the gospel by the Spirit through the inspired text of Hebrews 2. Although I cannot penetrate the Mystery any further with my whys, I can rest in what has been revealed, rather than worrying about resolving fundamentally flawed premises. 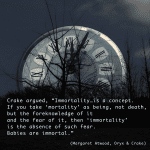 November 25, 2019
Christ or Crake? Mortality is the Fear of Death - Brad Jersak
Next Post

It's My Brother's Birthday!
My big brother, whom I unfortunately seldom see in the flesh, is...
view all Progressive Christian blogs
Copyright 2008-2021, Patheos. All rights reserved.