Introduction to the Witches’ Compass

In The ABC’s of Witchcraft, Doreen Valiente noted that “The magic circle is part of the general heritage of magical practice, which is world-wide and of incalculable age.”*

Certainly, the magic circle is a part of the heritage, or narrative, of Witchcraft. Looking into the past, we find many examples in art and folklore of Witches gathering in circles to dance, feast, and work magic. And, of course, today many of us continue this tradition in various ways.

Within the realm of Traditional Craft exists the concept of the Witches’ compass. As defined by popular author Gemma Gary, “The rite of the witches’ Compass is a delineation and ‘marking out’ of the working ground as sacred and separate from mundane space. The Compass is often popularly described as being a space ‘between the worlds’ for within its bounds may the witches call forth and enjoin in working communion with Divinity, spirits and magical forces. It is the creation of a place of magical liminality, wherein the old crossways of power are conjured forth.”*

Like the Stang, the compass appears to have originated with Robert Cochrane and his tradition of Witchcraft. While likely inspired by other concepts and practices, prior to Cochrane there don’t appear to be any references to a Witches’ compass (at least by that name and in the manner which he defined) in written record.

As described in his tradition, the compass consists of three rings created around a fixed central point.

Each ring represents a different stage in the cycle of life. Thus, they are constructed working from the outside in, moving towards the center as a symbolic passage through these stages and into the Otherworld.

Once inside the innermost ring, candles are lit at each of the four quarters (in the order of north, south, east, and west) with the Stang erected in the center.

Furthermore, like the Stang, the design and purpose of the compass appears to have evolved over time.

My personal ritual for laying a compass is as follows:

I begin by standing in the north and proceeding to circle around my working space four times:

Returning to the north, I say some brief words of intention before picking up my Stang and continuing to call up the spirits of the four directions. Next, I ask for the assistance of the Witch Father and Mother, my ancestors, and my Familiar Spirit in creating the space. Finally, the Stang is either placed in the center of the compass or on the northern edge

As you can see, my ritual diverges from Cochrane’s in a number of ways. For example, instead of three rings representing the stages of life, my compass consists of four rings corresponding to the elements. Yet, the intention remains the same, to create a space in which I can travel between worlds, work magic, and commune with the Gods and various spirits.

At this point I think it is important to address one of the biggest questions regarding the compass which is how exactly it differs from the circle which is used in Wicca? This is an excellent question and one that is not so easy to explain.

We know that Wicca and Traditional Witchcraft share many common roots. Additionally, whether we care to admit it or not, there is a multi-directional influence between the two. Therefore, there are a lot of commonalities that can make it hard to definitively differentiate between the circle and compass.

Conversely, it can also be hard to draw accurate cross-comparisons of the two because of the variability between individual practitioners and traditions. Outside of specific lineaged traditions, there really isn’t one standardized ritual that all Wiccans or Trad Witches follow. So, unless we are specifically comparing two specific groups or individuals, the answer as to how circles and compasses differ is going to fluctuate.

Keeping these things in mind, I think that in the attempts to compare circles and compasses there are two main areas of interest: the way in which they are constructed and the intention behind them.

Of the common roots mentioned above, one of the most notable has been Ceremonial Magic. We know that over time, through various channels, Ceremonial Magic has greatly influenced both Wicca and Traditional Witchcraft. When examining the various circles used by Ceremonial Magicians, we notice that at their core lies a magical ring which is formed in conjunction with the four cardinal directions. When stripping back the various accouterments, this same basic structure can be found in both Wiccan circles and Traditional Craft compasses.

Where things tend to differ are in the finer details such as the tools and imagery used as well as the specific energies called upon. For example, in classical Wicca the circle is cast using an Athame and Watchtowers are invoked in the four quarters. In comparison to this, Cochrane’s compass ritual uses a different set of tools (Stang) and imagery (Moats and Castle) and calls upon different energies (the four Kings).

But again, because the variability between practitioners and traditions, outside of specific individuals or groups it can be dangerous to generalize. For example, we can see noticeable differences in where the elements are placed in classical Wicca and where they are placed in Cochrane’s tradition (i.e. air in the east vs. air in the north). But outside of these traditions these placements are not so static. Meaning, just as many Wiccans place air in the north as Trad Witches place it in the east (or any other direction for that matter).

There are several reasons for making use of circles and compasses, including protection, raising power, creating liminal/sacred space, and communing with deity/spirit. However, of these intentions, it is the latter two which are the primary focus of the compass.

Both circles and compasses are intended to be places of liminality, or a space that is between the worlds. This space is created mainly for divine or otherworldly communication. However, one of the most commonly cited differences between the two involves the way in which this communication occurs within the space.

In his book, Treading the Mill, author Nigel Pearson explains that, “Unlike more modern paths, within Traditional Craft, rather than calling the Powers and spirits into the compass, the compass is used either as a portal to other worlds, there to meet other Beings face to face, or is used to journey in itself, rather than filling it from the outside.”*

In other words, instead of bringing in the Gods, the Witch uses the compass to travel to where they reside. I can’t speak for everyone but for me, personally, this holds true. When I lay a compass, I am creating a space through which I can enter the Otherworld and visit my deities. In a sense, it’s a bit like going to a friend’s house verses having them come to yours. When I call out to the Witch Father and Mother during the ritual I am essentially asking their permission to visit (I would feel a bit rude just showing up unannounced).

In summation, magic circles play an important role in magical practice and have long been associated with Witches. In Traditional Witchcraft we work with what is known as a compass. This concept, which was most likely created by Robert Cochrane, has evolved over time and  the ritual behind it has become quite diverse from it’s original format. Still, the main purpose of the compass is to create a liminal space in which we commune with our Gods. The compass has many similarities to the Wiccan circle as they share Ceremonial Magic as a major influence. There are differences between the two, however it is hard to draw cross-comparisons due to the variability between individuals and traditions. Therefore, it is hard to make overall generalizations and it is better to examine differences and similarities on a case by case basis.

*The ABC’s of Witchcraft by Doreen Valiente, p. 64 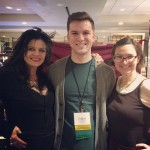 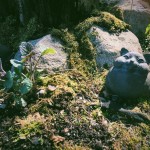 May 6, 2017 Working with Plant Spirits
Recent Comments
0 | Leave a Comment
Browse Our Archives
Related posts from By Athame and Stang