Back in early May I reached a major milestone in my life, I graduated with master’s degree in marriage and family therapy. It’s been a long time coming, I’ve been in school for eighteen consecutive years! As part of my program’s requirements for graduation, I had to do a research project focused on an area of interest within the field of therapy. Of course, being who I am, I wanted to find a way to bridge my two worlds: as a therapist and Pagan. Throughout my schooling I had noticed there was a serious lacking in discussion about how to engage with a client’s religious or spiritual beliefs. In fact, we are often trained to shy away from those topics. And what we do learn is largely based around the major world religions, excluding those that are more mystical or magical in nature.

In my own experience I have worked with clients who, although not identifying as Pagans, have experienced the supernatural (for lack of better words). Without the necessary understanding of different religious and spiritual beliefs, these clients had been labeled as schizophrenic or otherwise delusional by their past therapists. Of course, the nature of the beast is that any time a client brings up topics like talking to spirits, there is a certain amount of assessment that must occur. For example, if said spirit is telling the client to harm themselves or another. But on the flip-side, there has been little room given for the possibility of these beliefs being anything other than psychosis.

Based off my experiences working with these clients, and one of my own encounters with a therapist who was dismissive of my spiritual beliefs, I decided to conduct a survey on the Pagan Community’s experiences in therapy.

The survey itself was made available online and consisted of eight questions. The respondent was first asked how they identified spiritually or religiously, whether they had been to therapy, and if the topic of their spirituality or religion had ever been discussed. Then they were asked four likert scale questions (i.e. strongly agree, agree, indifferent/NA, disagree, strongly disagree):

Finally, they were asked if there was any other information they wished to share.

The results of the survey were as follows:

Common themes among answers for the open-ended question at the end of the survey included: preferring a Pagan therapist or one who is Pagan friendly, the importance of the therapist doing their own research on Pagan beliefs outside of session, and the need for therapists to understand the difference between specific Pagan beliefs (i.e. spirit communication, magic, energy healing, etc.) and mental illness (i.e. schizophrenia). Additionally, many respondents reported that they believed discussing their religion/spiritually either had or would lead to better therapy outcomes.

I was surprised by the results of this survey in that I expected individuals to report more negative experiences with therapy than positive ones. However, the majority of respondents reported feeling comfortable discussing their spiritual/religious beliefs with their therapist. Moreover, they reported that they felt their therapist was respectful of their beliefs and that talking about them was beneficial. I think that the results do make sense when you take into consideration the differences between each therapist, in terms of their cultural competency, and the resulting mixed experiences of clients. For example, some of the survey respondents who reported feeling respected by their therapist also reported that their therapist was either a Pagan themselves or had a basic understanding of Paganism.

I was not surprised to find that most respondents reported that their Pagan beliefs had not been meaningfully incorporated into therapy sessions. this may be connected to a lack of training, resulting in therapists being unsure about how exactly to incorporate their clients’ beliefs into session. Additionally, therapists may not think to ask clients if they would like to include their spiritual/religious practices into therapy and clients may be hesitant to say anything for fear of being rejected or pathologized

Overall, I think that the results of the study continue to demonstrate the importance of considering a clients’ religious/spiritual beliefs in therapy. As systemic thinkers it’s vital that we look at all aspects of a client’s life to provide quality therapy. In line with the findings of this study, training should include discussions about spiritual/religious traditions outside of the mainstream, including Paganism. This training should include a focus on differentiating between unique beliefs and mental illness. Additionally, therapists should be trained in how to address religious/spiritual concerns with clients and how to meaningfully incorporate their beliefs into session.

I feel that there is ample room for further research on the topic of Pagan experiences in therapy, as well as spirituality/religion in therapy in general. I believe that future research would benefit from surveying a wider population of Pagans. This would help to increase the validity and generalizability of the results. Additionally, I would recommend including more demographic questions to gain wider perspective of clients served. Furthermore, I recommend future research focus on Pagan people’s experiences discussing specific beliefs such as spirit communication, spell casting, energy healing, etc. with their therapists. These are topics clients may have more hesitation discussing or therapists may have a harder time understanding. Therefore, having more information about clients’ specific therapy experiences would be beneficial. With this, I would also work on creating a more cohesive operationalized definition of “Pagan,” as well as revert to having respondents select from a list of spiritual/religious identities. While this is undesirable in that it may not include all possible labels, it would narrow the scope of research and increase organization of data. 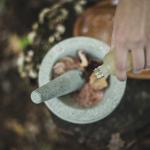 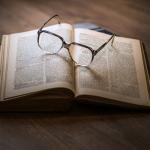 2020 Is The Year Of The...
Keeping Her Keys
Related posts from By Athame and Stang 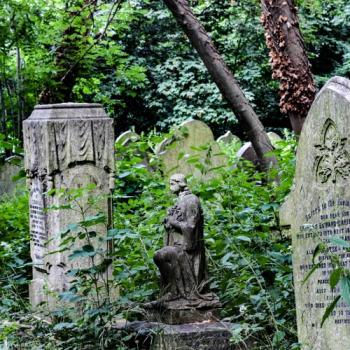