The Rutabaga: A Samhain Tale of Authenticity

It’s October. The season of the Witch, so to speak. I, like so many of my other Craft siblings, love this time of year. The weather where I live is crisp and cool, the leaves are ablaze with color, and the Spirits are chattier than ever. Halloween is also a time when we honor many different traditions. And where there are traditions, questions about authenticity are usually not far behind. People, particularly Witches, seem to be very attached to the concept of authenticity. Of course, we want things in our life to be real and true. But sometimes our quest for authenticity can be a real killjoy, especially when we look for it in all the wrong places.

Last Halloween was one of my most memorable. I was definitely in my top three. As per usual, I took the entire day off and had a whole host of spooky activities planned. One such activity was, of course, to carve a Jack O’ Lantern. But I wanted to do something a little bit different than what I’ve always done. So, I decided to carve a turnip instead of a pumpkin. Why a turnip? Well, according to some stories, the original Jack O’ Lanterns were made out of turnips. It was changed to pumpkins when the Irish immigrated to America and there were turnips to be found. Anyways, I thought it would be super cool and a fun way to connect with my Irish ancestors.

I found it surprisingly easy to carve the turnip and felt incredibly proud of the finished product. It was a magical experience and definitely one that I knew I’d want to do again next year. However, I was in for quite a rude awakening. Months later I was at the grocery store, looking at produce, when something disturbing came to my attention. You see, that turnip that I had so lovingly carved wasn’t actually a turnip at all. It was a rutabaga.

I was not only devastated but horribly embarrassed. In my excitement, I had posted pictures of my impostor turnip. Luckily for me, people were either too nice or don’t know their rooted vegetables either, because no one pointed out my grievous error. But beyond my embarrassment was the feeling of disappointment that my work wasn’t authentic to the tradition I thought I was honoring, the worry over the authenticity of my experience.

Authenticity is a word that often comes up in conversations about Witchcraft (particularly Traditional Witchcraft). The common misconception is that for something to be authentic it needs to be really old and have remained an unchanged tradition over time. But this just isn’t the case. Traditions are living things, that grow and change over time. If they didn’t, they would quickly become outdated and eventually discarded. When they discovered there were no turnips in America, the Irish adapted their tradition by using pumpkins instead. If they hadn’t done so, the practice of carving Jack O’ Lanterns may have disappeared. Traditions don’t develop in a vacuum.

Authenticity doesn’t come from age or unbroken lineages. It comes from the experience itself, from the results. I may have broken from tradition when I mistakenly carved a rutabaga, but I had fun, I felt connected to my Spirits, and the magic was real. That’s what matters the most. Did you obtain the results that you desired? Did you feel connected? Did you learn something new? Did you grow as a person/Witch? You could perfectly recreate some ancient ritual performed by the oldest Witch in existence, but it wouldn’t inherently be authentic.

If you find yourself questioning authenticity, whether it’s in regard to yourself, your tradition, or someone else’s, consider that it’s not something that can be determined based solely on the external factors. My rutabaga lantern may not have been “authentic” in that it wasn’t the traditional turnip, but I loved that little monster and the magic I felt was real.  And that, my fellow Witches, is what matters the most when it comes to authenticity. 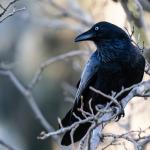 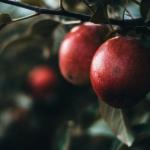 Simple Witchery: Witchcraft In The Time...
Agora
Related posts from By Athame and Stang