The Magic of Cecil Williamson

When looking at the history of modern Witchcraft, we find ourselves being introduced to many fascinating figures such as Gerald Gardner, Doreen Valiente, and Robert Cochrane. I’ve always found it to be an incredibly important task to learn the stories of these individuals’ lives and about their unique contributions to the world of Witchcraft. Among our Craft ancestors though, there is one individual in particular who I have always viewed as a sort of underdog. Unlike many of his contemporaries, this man didn’t write any books per se. Nor did he seek out the same level of publicity. That being said, this man led a dynamic and magical life nevertheless, and his contributions to our community are not to be minimized. And so, in this article, we will take a trip back in time and explore the life of Cecil Williamson.

Williamson was born in Paignton, Devon during September of 1909. It appears that growing up, Williamson had a distant relationship with his parents and he spent much of his time attending different boarding schools. It was during these early years that he had two of his first experiences with Witchcraft, both of which would leave a lasting impression upon him.

The first occurred while he was spending a Winter holiday with his uncle, Reverend William Russell-Fox. The story goes that one day, while he was out in his uncle’s garden, he heard a loud ruckus nearby. Williamson went to find the source of the commotion and discovered four farmers attacking an old woman. Courageously, he threw himself in the middle of the assault and shielded the woman until finally the men gave up. Later on he would learn that the old woman was believed to be a Witch and had been accused of bewitching the farmers’ pigs. Williamson was shocked by the fact that people still held such a strong belief in the power of Witchcraft.

Williamson’s second experience took place while at the Norfolk House, a boarding school in Buckinghamshire. According to the story, Williamson found himself the frequent target of bullying by one of the school’s older prefects. One particular day, while hiding from his tormentor, he bumped into one of the women who worked in the school’s kitchen. He explained to her his plight and in response she offered to show him a spell that would take care of the bully. The spell involved lighting a small fire beneath a swing, then swinging back and forth through the smoke while repeatedly chanting for the bully to go away. To his surprise, upon returning from holiday, he learned that the prefect had been in a terrible accident and would not be coming back to the school.

After finishing school, Williamson spent some time working in a soup kitchen, serving the impoverished people in the East End of London. It was here that he apparently met many Witches and folk-magic practitioners, witnessing first-hand their many spells and rituals. In particular he was moved by how they would call upon “spirit force” by stroking stones, leather, fur, and other objects while singing songs. Williamson was also exposed to forms of ceremonial magic and spiritualism – which he referred to as “the high society bogey bogey business” – via his grandmother while visiting her in France. However, it appears that he was not fond of these latter forms of magical practice.

After a failed attempt to become a Naval Officer and his father’s adamant objections to his plans to join the clergy, Williamson went to work on a tobacco plantation in Rhodesia (modern day Zimbabwe). While on the plantation, he had an assistant who happened to be a retired Witchdoctor named Zandonda. Per Williamson’s account, Zandonda was able to teach him a number of magical skills. In return, and in response to the poor treatment of the Rhodesian workers, Williamson used his basic medical knowledge to administer first-aid treatment to the workers. Unfortunately, when the manager of the plantation found out what Williamson was up to, he was sent away.

As if his life wasn’t impressive enough, Williamson also spent time working in the film industry during the 1930’s and was hired by MI6 in 1938. His specific job was to help collect information regarding the Nazis’ interest in the Occult. During this time, Williamson created the Witchcraft Research Centre – partly as a cover for his investigations – which he would continue to run until his death in 1999. Additionally, Williamson worked as a part of the Political Warfare Executive – working to produce and spread misinformation to the enemy. In fact, Williamson claimed to have been part of an operation in which false Nostradamus predictions were used to capture Hitler’s deputy, Rudolf Hess.

As he continued to explore the world of Witchcraft and magic, Williamson began to accumulate a number of stories, documents, and artifacts. In 1947 he opened his first museum in which to house these objects. However, he was quickly run out of town by locals who were unhappy about the museum’s occult contents. Undeterred, Williamson proceeded to purchase an old windmill on the Isle of Man and in 1950 opened “The Folklore Centre of Superstition and Witchcraft.”

Shortly after the museum’s opening, Williamson was surprised to find Gerald Gardner on his doorstep looking for work and a place to live. The two men had met a few years prior at the Atlantis Bookshop in London and formed a tentative relationship. Williamson agreed to let Gardner work in the museum and sell copies of his book High Magic’s Aid. In fact, shortly thereafter, The Sunday Pictorial, ran an article which described Gardner as the museum’s resident Witch. However, the friendship between the two men did not last long due to financial strain and differing opinions about the nature of Witchcraft. Gardener was focused on publicity and bringing his vision of Witchcraft to the masses. He viewed Witchcraft as a religion which included structured rituals and coven hierarchy. Meanwhile, Williamson viewed Witchcraft as an operative art that was much more suited for the ‘wayside’ or solitary individual. Furthermore, he firmly believed that the Craft wasn’t meant to be a part of the mainstream.

In 1952 Williamson decided to move from the Isle of Man and sold the old windmill to Gardner. He ended up in Windsor, where he attempted to open a new museum in an old drill hall. Although, before long, he was asked to leave by the Royal Household and offered a new location at Bourton- on-the-Water in the Cotswolds. This, the fourth incarnation of his museum, opened in 1956 but again was met with opposition. The local vicar preached against Williamson and the locals attempted to burn the museum down. Interestingly enough, the vicar died not soon after.

Williamson would go on to move around and open further incarnations of his museum including The Museum of Smuggling in Polperro, The House of Spells in Looe, and The Museum of Sorcery in Tintagel. Finally though, he landed in Boscastle and in 1960 opened The Museum of Witchcraft and Magic (which is still running today).

In terms of his own involvement in Witchcraft, Williamson seems to have always been quite elusive. When asked if he was a Witch, he would often reply with vague answers such as, “I am not a Witch in your sense of the word.” He variously described himself as a consultant (offering anti-bewitchment services) , a showman, and a magpie. However, sometime after his death, a manuscript simply titled “Witchcraft” was found within the museum. The manuscript was written in Williamson’s hand and appeared to be an exercise book containing spells, charms, and rituals. Based on the writing style, it would seem that Williamson hadn’t merely copied these exercises down but may have had first-hand experience with them.

Regardless though of whether he was a practicing Witch or not, Cecil Williamson devoted his life to collecting and persevering the lore of Witches and for that we owe him a debt of gratitude. This article has only been a brief overview of the amazing  life of Cecil Williamson, for more information please consult the following references.

Triumph of the Moon by Ronald Hutton

Silent as the Trees by Gemma Gary 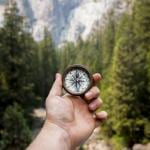 January 22, 2019
The Compass Round as a Navigational Tool
Next Post 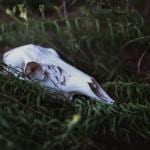 February 9, 2019 On Traditionalism, Authenticity, and Traditional Witchcraft
Recent Comments
0 | Leave a Comment
"I didnt care to finish my conversation but the other half goes like this: I ..."
Brianna LaPoint Introduction
"I was approached by Wesley Chiu of Callisto Media to write a book for them ..."
Madame Pamita Suspicious Witchy Authors: My Final Thoughts
"Thank you to the people who felt compelled to correct my grammatical error. You really ..."
Kyuss Why Men Cannot be Witches
"For me, traditional witchcraft is the kind of witchy work I do and was passed ..."
Estigia Introduction to Traditional Witchcraft pt. 1
Browse Our Archives
get the latest from
By Athame and Stang
Sign up for our newsletter
POPULAR AT PATHEOS Pagan
1

The 25 Most Important Witchcraft Books...
Raise the Horns
Related posts from By Athame and Stang