The notion that Traditional Witchcraft is a unified ancient and unbroken practice that can be traced back to the Witches of Ye Olden Times is not an uncommon one. It’s frequently expressed by practitioners who don’t have an understanding of history – or reality for that matter. It’s also been expressed by outsiders who mistakenly believe that all Traditional Witches carry such delusions of grandeur.

I’d hope that at this point in the game most practitioners are well aware that there is no ONE unified tradition of Witchcraft, but rather hundreds of different traditions that come together under the collective umbrella of Witchcraft. There is also – to my understanding – no surviving, completely intact Witchcraft tradition predating the early 20th century. Despite this, articles such as the one I read, continue to assert the exact opposite. Funny enough, it would appear that a large part of peoples’ misunderstanding arises from the term “Traditional Witchcraft” itself. Which of course opens up the debate on what exactly it mean for something to be “traditional” and what makes Traditional Witchcraft “traditional?”

From my own observations, it seems that many people define “traditional” as something that is extremely old and had been unchanged overtime. However, this definition is incredibly limited and unrealistic. First and foremost, traditions aren’t inherently defined by their age. We know that new traditions develop all the time. It simply occurs when we decide to mindfully repeat a certain action such as going out for coffee with a friend on Sunday mornings or blaming poor behavior on our astrological signs. We really need to let go of our death-grip cling to the notion that in order for something to meaningful, useful, or authentic it needs to be old and dusty. Trepanning and mercury enemas are an old practice but we aren’t running around extolling the authenticity of their health benefits.

Which brings us to a second point, that traditions are not static. Instead, they are living and fluid in nature. Like fashion trends and college textbooks, traditions must change and grow in order to survive over time. If not, they will become stagnant and outdated, eventually dying off altogether. Furthermore, traditions are not created in a vacuum. All too often I’ve seen Traditional Witches express the notion  that things need to be done a certain way because “that’s how they’ve always been done.” But in reality, traditions almost always arise from or in response to other already established customs. Meaning, there really isn’t no one, “pure” tradition (in this case Witchcraft tradition) out there.

The way I see it though, the “traditional” part of Traditional Witchcraft doesn’t refer to some unbroken path stretching back into the far reaches of the past. It doesn’t refer to a form of Witchcraft that is better, or more authentic than any other. Instead, it refers to a path of Witchcraft that is influenced and inspired by the traditions of history and folklore. And those traditions are subject to change and growth in order for them to have relevance and meaning in our lives today. Traditional Witches, like Witches of any other stripe, are innovative and Crafty. We take stock of the traditions and customs found within the history and folklore of our ancestors. But we don’t fool ourselves into believing that we live in the past or that those traditions themselves have been untouched by the hands of time. Instead, we find ways to weave the past into the tapestry of our modern lives, which is what I believe makes Traditional Witchcraft “traditional.” 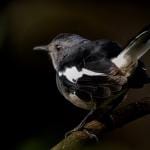 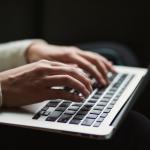 April 10, 2019 A Mercurial Spell to Combat Writer's Block
Recent Comments
0 | Leave a Comment
Browse Our Archives
get the latest from
By Athame and Stang
Sign up for our newsletter
POPULAR AT PATHEOS Pagan
1

You Cannot Be Taught To Be...
For Puck’s Sake
Related posts from By Athame and Stang