During the year 1669, a mass Witch hysteria occurred in Mora, Sweden. It was not the first, and certainly not the last chapter in the Swedish Witch-Hunts. However, there is something about the Mora Witch Trails that stands out from the rest. What sets them apart are the unique narratives that emerged regarding the Witches’ Sabbath. The meeting place and activities held there are as mystical and diabolical as the rest. But it’s the congregants that appear anomalous. Many of those who attended the Swedish Witches’ Sabbath, you see, were children.

Having heard news of Witchcraft taking place in Mora, King Charles XI (who was 14 years-old at the time) sent a commission of priests to go investigate. Upon their arrival, the priests were provided with vivid details about how the Devil – with the help of Witches – had lured hundreds of children into his tyranny. It was determined by the commissioners that in order to save the children, they first needed to identify the Witches responsible. And so examinations were swiftly made and no less than 70 people were subsequently charged with Witchcraft.

The accused were sat in front of both the commissioners and the local justices. The children were asked if they were sure that those in front of them had indeed carried them away to the Devil. They unanimously agreed and begged the priests to set them free from the clutches of the Witches. When the accused were questioned, they denied all of the charges. However, some of the adults eventually cracked under pressure and explained that the Devil – who they called Loeyta – had stopped their mouths and ears in order to prevent them from confessing. But the Devil, for whatever reason, had left and thus they were now able to reveal the details of his treachery.

According to their confessions, the accused Witches would go nightly to abduct children. They would sneak down chimneys or through broken windows into the rooms where children lay asleep. The children would wake and be asked by the Witches if they would go to feast with them. Some of the children answered yes, which they explained was because the Witches had offered them nice clothes to wear (a coat and doublet which were either red or blue in color). Other children refused but were taken anyway. From there, the Witches and children traveled to a gravel pit near a crossroads where they danced around. They called to the Devil thrice saying, “Antecessor,  come and carry us to Blockula!” He would the appear, a man with a red beard. He was dressed in a gray coat, red and blue stockings with long garters, and a high crowned hat wrapped in colorful lines. The Devil asked the accused whether they were willing to serve him body and soul. To those who agreed, he presented a beast which they were to ride upon. Together they flew over churches and high walls, eventually arriving at a green meadow referred to a Blockula (spelled Blåkulla in modern Swedish).

Blockula was described as a “delicate large Meadow, whereof you can see no end.” In this meadow was situated a house surrounded by a gate painted with many colors. There was a smaller section of the meadow where the beasts went. It was noted that some of the accused rode men to the meadow, and these enchanted steads were left in a slumbering state against one of the walls of the house. Inside was a large open room with a long table at which they all sat. Nearby, another room held many “lovely and delicate beds.”

Upon reaching Blockula, it was required that all individuals deny Christ and devote themselves body and soul to the Devil. He cut their fingers so that they could write their names in his book. To finalize their initiation, the accused were each given a purse containing the filings of clocks with a stone tied to it. They were to throw the purse into the water (presumably a nearby stream or well) and speak the following words:

After the initiation was complete, the Witches sat down at the table, with those most esteemed placed nearest the Devil. The children were not allowed to sit at the table and instead had to stand near the door. A feast then commenced, consisting of broth with colworts and bacon, bread spread with butter, milk, and cheese. It was commented that sometimes the food tasted very well and other times very ill. Once finished with the meal, the Witches danced, swore and cursed, and even fought one another. All the while the Devil played music upon a harp. At some point during the congregation, the Devil instructed the Witches on various magical methods through which they could cause ill to others. Furthermore, he would take certain adult Witches into the other room to engage in sexual congress. Through their carnal interactions, sons and daughters were born who in turn produced offspring in the form of toads and serpents.

Confirming the “reality” of the Sabbath, it was found that the confessions given by the accused adults matched up with those given by the children. As a result, 15 of the 23 adults who confessed (1 man and 14 woman) were executed by beheading. The other 8 death sentences were suspended due to a lack of clarity and in two instances, pregnancy. What about the children? Unfortunately they were not immune to punishment. 15 of the children confessed to having become Witches themselves and were executed along with the adults. Another 36 children (aged 9 to 15) who were deemed less guilty were forced to run the gauntlet. 30 children, who were likely too young to run the gauntlet, were sentenced to be lashed upon their wrists with rods for three Sundays in a row.

The Element Encyclopedia of Witchcraft by Judika Illes 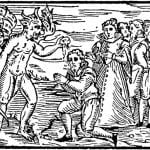 August 18, 2019
Initiation In Traditional Witchcraft: Folklore And Practice
Next Post 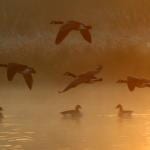 September 19, 2019 Autumn Tide Magic: Holda And Her Releasing Geese
Recent Comments
0 | Leave a Comment
"can u pls tell some spoilers??y.TACTICS.NET.CN/o4699E"
Divine-J A Samhain Spell: Protection From Unwanted ..."
"This little Girl can see through them 😁o.GENLEI.COM.CN/U4699q"
It'sRay A Samhain Spell: Protection From Unwanted ..."
"And say "that that i like that"Hh.M6K2V.ME/dT4699Ys"
Magical_Herring A Walpurgisnacht Ritual of Transvection, Or ..."
"Ahhh just like my previous company 😩 they don't want me to resign but still ..."
maximinii Honoring The Ancestors: A Samhain Ritual
Browse Our Archives
Related posts from By Athame and Stang