Cain And The Land of Nod in Traditional Witchcraft

Cain And The Land of Nod in Traditional Witchcraft March 29, 2018 Ian Chambers 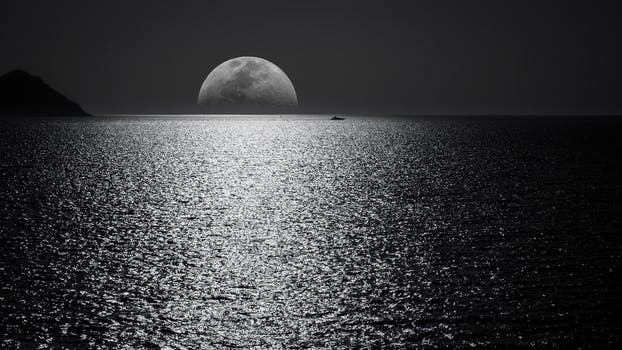 To the West lies an island, far across the sea and nestled upon the horizon, waves lashing at its shore like blue green flame, white foam billowing like gentle clouds that batter the rocky outcrops. A single inlet cuts in to the heart of the island, a tidal river flowing inland drawn by the moon like breath, coursing in and out with a pulsating beat. Within the island, the river terminates in high wall of smooth rock, cold and silver in the half light. Following the river allows passage through the high, noble wall, within the sacred enclosure where a beautiful garden spreads before the eye, seemingly wild and yet well maintained as though a careful gardener tends every aspect with a delicate hand to preserve the illusion of natural abandon. The scent of the heady rose bushes fill the nostrils with a sweet narcotic feeling and the grass cushions like a soft bed, hugging gently and lulling toward a half-sleep.

As the relaxing perfume, soft half light and caressing grasses take affect, a noble man appears, mature and resolute in feature, with a golden light playing from his features. As he walks, what appears to be a lion dances at his feet, the glamour one of pure regality. This mature man of bearlike stature carries the scars of experience, and the brow of wisdom hard won cut across his visage while his auburn eyes reveal a deep well of knowledge. This is a King who has earned his kingdom and who guards it well, enjoying the prize of his labours, and possessing deep understanding of the price which must be paid.

He is the God of Rest, Sleep, Achievement, fruition of labour, spiritual growth… equivalent to Arthur. He is also God of the Sea. (Cochrane, 2002)

Into the Land of Nod

Nod, or Node, is the King of the Castle of the West as identified in the cosmology of Robert Cochrane’s Witchcraft. With a name that is reminiscent of Nodens, we can evidently conceive something of the god that is implied. As corresponding with the sea, healing and hunting, we have a positive cognate with our Node. Among British myths which may reveal more of Node is Nuada, the first king of the Tuatha de Danaan, the Welsh Nudd, King Lud as well as the Fisher King. This last underscores another symbol that is indicative of the qualities associated with this wind, the grail or cauldron. As a hunter, he is leader of the wild hunt which rides out during the period of his reign upon the Wheel of Life. As the Norse Njord, he is a Vanir King, father of Freyr and Freya, God of Chariots, again ruling over the sea and winds.

The Biblical Nod is a region to which Cain is consigned after being banished from the Garden of Eden. The Romano-Jewish commentator Titus Flavius Josephus, writing in 93 AD, tells that Cain built the first city there using the traditional mythic method of first ploughing a ring to mark the boundary of his settlement before fortifying it.

In Hebrew, the word for Nod, נוֹד, originates in and shares root meanings of wander, indicative of Cain’s punishment to wander the earth. By the 15th Century, Cain was established in folk custom as being considered trapped in the moon and, therefore, forced to wander, …”ever desiring the earth”(Cochrane, 2002).

For now doth Cain with fork of thorns confine
On either hemisphere, touching the wave
Beneath the towers of Seville. Yesternight
The moon was round.

Furthermore, it appears from the same century that the pun on Nod began to be used to refer to sleep, both as ‘nodding off’ and taking a trip to ‘the land of Nod’. Obviously, the reference here is to the sudden drop of the head, which also indicates the affirmative. However, the root appears to mean ‘to shake‘ from Proto-Germanic into English. In addition, Heinrich Friedrich Wilhelm Gesenius (1786 –  1842) described the word as referring to being ‘moved’, or ‘agitated’, also suggesting to ‘shake’. Pertinent here is the medieval tradition that the mark of Cain was a bodily tremble.

The Mark of Cain

The land of Nod was either thought of as a concrete place… or, it was named because of Cain’s wandering. Possibly wandering was equated with trembling… (Mellinkoff, 1981)

It is interesting that Mellinkoff in her thorough exploration of the Mark of Cain reveals the traditions of a bodily mark, most obviously trembling associated with interpretations of the word Nod. It is tempting here to recall the work of Jan Fries in his interpretation of a variety of Norse magic attested to in the extant literature and called seiðr and thought to have been taught to mankind by Odin, whilst appearing to be associated mostly with women. 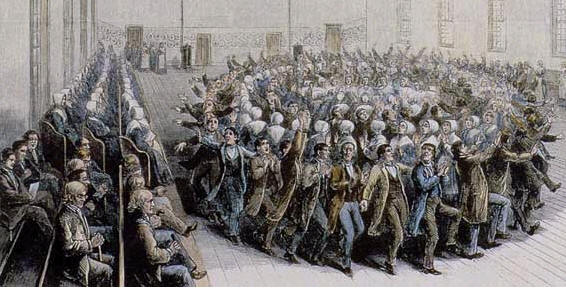 Interestingly, shaking does have historic and anthropological implications within the study of shamanism and ecstatic mystical episodes. Among historic movements of interest, however, we can look to the Shakers, a break away group of Quakers in the 18th Century. Significantly, this Christian church was notable by accepting women leaders, using prescribed dances that included perambulations of a circle pattern, using polarity to generate an ecstatic condition, as well as shaking or trembling as a feature of their religious devotion. Rather amusingly, one of the groups early leaders, Ann Lee, was the daughter of a blacksmith from Toad Lane. The principle work of the Shakers was apparently silent meditation until the presence of the Holy Spirit was felt, at which point confession of sins was performed before the ‘seeker’ was racked with shaking and experiences of visions or spirit mediumship.

This shaking of Cain was not enough of a mark for some, such as Philo, who regard Cain’s mark as trembling and groaning. This becomes interesting when we consider the etymology of goetia, from the verb γοάω “groan, bewail”.

These fascinating threads, of course, provide no historical precedence for a supposed connection, nor should we claim any ‘truth’ from these seemingly tenuous links. However, using our mythopoetic eyes, we can begin to gather around this subject some better comprehension as we gaze through the mist and discern the Castle through the sea haze as the moon reflects its light through the horizon.

Little is spoken these days of Grandfather Cain and his seminal influence as the progenitor of the witch stream, being the chief artificer who brought about by his own hand, the original heretic who would produce from his labour.

The Castle in the West is a mysterious one, a difficult one to approach, but perhaps we begin to discern something in the twilight that we recognise.

(The Covenant of the Wanderer is the traditional witch coterie of Children of Nod.) 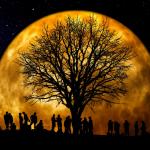 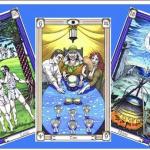 April 5, 2018 The Ced Tarot - A Complete Book Of Traditional Witchcraft
Recent Comments
0 | Leave a Comment
"Mother, forgive them, for they know not what they do, would seem appropriate. Unfortunately, the ..."
Lloyd Hargrove Punk Witchcraft: A Manifesto?
"Well said, friend. Food for thought. Thee reminds me that I am a Witch and ..."
Khalila RedBIrd Punk Witchcraft: A Manifesto?
"Short and sweet, a very nice reminder, thanks."
Lloyd Hargrove Promise of New Light
"Interesting post. The more traditional witches may not like the new way the word witch ..."
WildestSea The Ever Changing Face of Witchcraft
Browse Our Archives
get the latest updates from
By The Pale Moonlight
and the Patheos
Pagan
Channel
POPULAR AT PATHEOS Pagan
1

Connecting to Gods for Whom There...
John Beckett
Related posts from By The Pale Moonlight