“If the Climate Was a Bank, They Would Have Already Rescued It”: 50th Anniversary of #EarthDay

Tomorrow is the 50th anniversary of the first Earth Day, which was held on April 22, 1970. This significant anniversary is an invitation to pause and consider some of what led to the creation of Earth Day in the first place, what has happened in the years since, and how that might inform where and how we go from here.

Let’s start with a brief glance backward at two contributing factors to the first Earth Day. The first major influence that comes to mind is that in 1962, eight years before the first Earth Day, the biologist Rachel Carson (1907-1964) published her book Silent Spring, which sounded an alarm about human-created pesticides harming the environment.

A second major factor is that on December 24 (Christmas Eve) 1968, a little more than a year before the first Earth Day, an astronaut on the Apollo 8 mission took a color photograph of our planet from space. This photo, titled “Earthrise,” has been called “the most influential environmental photograph ever taken” (Galen Rowell). Our planet can seem so massive from here on Earth’s surface, but suddenly we were seeing our home world from space for the first time: as a tiny, beautiful blue marble floating in the infinite inky blackness of space.

Sixteen months after that photo of “Earthrise” was published, the first Earth Day was held. Less than three months later President Richard Nixon (a Republican), proposed the U.S. Environmental Protection Agency, which he personally put into operation later that year through an executive order (“The Origins of EPA”). There was a time when a greater percentage of political conservatives supported conservation of the environment.

This brief recap of history around the time of the first Earth Day shows that there was reason to hope that things might have turned out differently than they have so far in the struggle for climate justice. As Nathaniel Rich has traced in his important book Losing Earth: A Recent History (MCD, 2019), long before the 2016 Paris Climate Accords, we can see that, as far back as 1979, at the first World Climate Conference held in Geneva,

scientists from fifty nations agreed unanimously that it was ‘urgently necessary’ to act. Four months later, at the Group of Seven meeting in Tokyo, the leaders of the world’s wealthiest nations signed a statement to rescue carbon emissions” (8).

Tragically, the opposite came to pass. We can even fast-forward a decade to another major climate conference (this time in Noordwijk, the Netherlands) 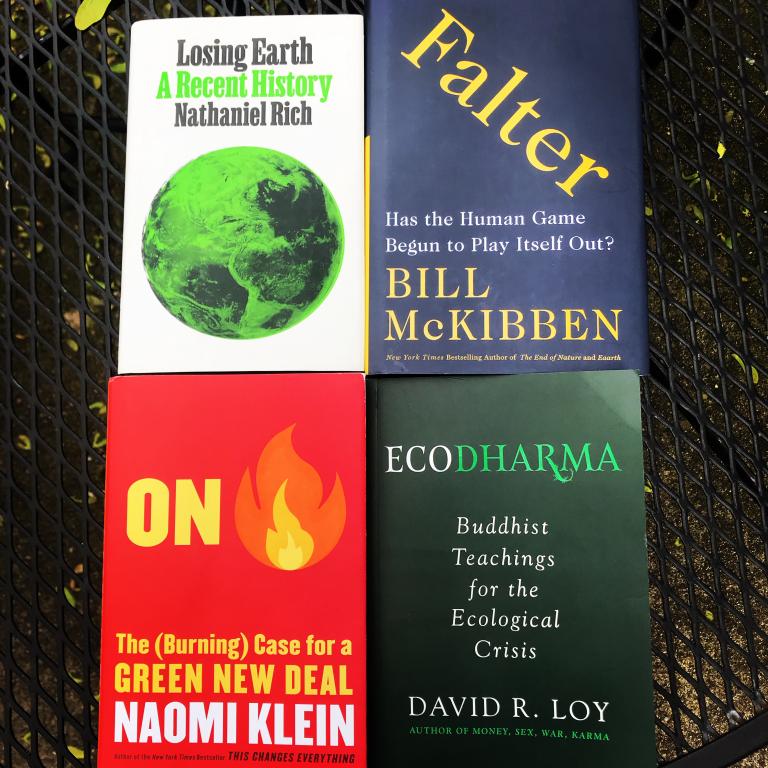 and see today, in retrospect, that, “More carbon has been released into the atmosphere since 1989, the final day of the Noordwijk Climate Conference, than in the entire history of civilization” up to that point (180).

So why are we moving in the wrong direction, when we have known better for decades? One reason is what the Buddhist tradition calls the three poisons: “greed, delusion, and ill will.” Consider that, “Between 2000 and 2016, the fossil fuel industry spent more than $2 billion, or ten times as much as was spent by environmental groups, to defeat climate change legislation” (6). As Bill McKibben highlights in Falter: Has the Human Game Begun to Play Itself Out? (Henry Holt and Co, 2019), the reason that “almost 90 percent of Americans don’t know that there is a scientific consensus on global warming” is that there has been a well-funded disinformation campaign to create precisely that result (77).

So how do we better fund the movement for climate justice? How do we fund a Green New Deal? One significant starting point would be targeting the fossil fuel companies who have thrown fuel on the fire of greed, delusion, and ill will. As social activist Naomi Klein writes in On Fire: The (Burning) Case for a Green New Deal (Simon & Schuster, 2019):

The top five oil companies made $900 billion in profits in the past decade…. For years these companies have pledged to use their profits to invest in a shift to renewable energy (BP’s “Beyond Petroleum” rebranding being the highest profile example). But…[only a small percentage of profits have gone to] alternative energy ventures. Instead, they continue to pour their profits into shareholder pockets, outrageous executive pay, and new technologies designed to extract even dirtier and more dangerous fossil fuels. Plenty of money has also gone to paying lobbyists to beat back every piece of climate legislation…and to fund the denier movement….

Just as tobacco companies have been obliged to pay the costs of helping people quit smoking, and BP has had to pay for a large portion of the cleanup in the Gulf of Mexico, it is high time for the “polluter pays” principle to be applied to climate change. (88-89)

A Green New Deal done right would be both a “massive job creator” (to make all the changes necessary to shift to a greener economy) and paying for it can help decrease the wealth gap, particularly if methods include a “global minimum corporate tax rate” (281-283).

I should perhaps hasten to be clear that in criticizing our current wealth gap, I am by no means advocating a strict egalitarianism in which everyone has exactly the same amount of money. But I am criticizing our current toleration of a tiny few having way too many resources and many more people not even having the bare minimum needed to live with dignity. I am also saying that it is unconscionable to allow a tiny percentage of people to horde enormous wealth when that money could help save this one, beautiful, irreplaceable planet we call home.

As a proverb from the indigenous Cree tradition says about storing up wealth at the expense of the environment, “When the last tree has been cut down, the last fish caught, the last river poisoned, only then will we realize that one cannot eat money” (Loy 33). Or to flip the perspective, as the Uruguayan writer Eduardo Galeano (1940 – 2015) once said, “If nature was a bank, they would have already rescued it” (16).

That being said, we’re seeing some interesting glimpses of what can happen—and in fairly short order—when our human activity is changed. Smog has plagued Los Angeles for years, but in the wake of California’s “stay-at-home” order, LA is currently experiencing the “longest stretch of clean air” since 1980, when the EPA first started keeping regular track of LA’s air pollution.

This experience reminds me of a poem titled “Lockdown,” written by a Franciscan friar in Ireland that made the rounds on the Internet a few weeks ago. The whole poem is worth reading in full, but one of the most arresting lines is that, “They say that in Wuhan after so many years of noise / You can hear the birds again.” To follow the words of this poem, are we awake to the choices we have to make as to how to live now? If so, how will we choose to live?

For discerning a potential path forward, I would like to begin to work my way toward my conclusion by saying a little more about what I mentioned earlier—that one explanation for why we have been moving in the wrong direction for decades regarding climate change—despite knowing better—is what the Buddhist tradition calls the three poisons:

In the Buddhist tradition, these three poisons are understood to be the root causes of dukkha, our experience of “suffering” or “unsatisfactoriness.”

In Ecodharma: Buddhist Teachings for the Ecological Crisis (Wisdom Publications, 2019), David Loy invites us to consider the three poisons not only individually, but also institutionally and systemically. From an ecological perspective, “institutionalized dukkah” or “systemic suffering” looks like:

So what might we do differently? From a Buddhist perspective, the way to create the world we dream about is through the three “antidotes” (or wholesome mental factors):

These practices are essential for individual and collective awakening/liberation/enlightenment (71).

And since the eight-day festival of passover recently ended, allow me to also weave in a related piece of wisdom from the Jewish tradition. One of the most famous passages from Mishah (a collection of the Jewish oral tradition) advises that whenever we are feeling “daunted by the enormity of the world’s grief”—which climate change can certainly cause us to feel—the suggested remedy is to focus on the next right action within our spheres of influence: to “Act justly, now. Love mercy, now. Walk humbly, now. It is not your responsibility to finish the work of healing the world, but neither are you free to desist from it” (Lay 173).

You do not have to solve this global, systemic problem alone. We are stronger together. Specifically, when you feeling discouraged about the movement for climate justice, I recommend that you take some time to check in with what the Sunrise Movement is doing (sunrisemovement.org). This youth-led movement for climate justice is a consistent source of inspiration, fierce advocacy, and persistent hope.

An increasing number of young people are awakening to the fact that they can’t yet vote, but will nevertheless be stuck with the consequences of current adult inaction (Klein 4). At last year’s first ever global School Strike for Climate, protest signs read:

As we turn toward our planet’s climate emergency, may we bring wisdom to the work of climate justice as we seek to encourage spiritual growth, loving-kindness for building a beloved community, and generosity in our actions for peace and justice—actions that seek to benefit not merely ourselves and those closest to us, but this planet as a whole—and all sentient beings.

April 17, 2020
What's Next? Bart Ehrman's History of the Afterlife
Next Post

April 27, 2020 “What is it you plan to do with your one wild & precious life?”: The Life-saving, Ecstatic Poetry of Mary Oliver
Recent Comments
0 | Leave a Comment
"Almost a decade later, I discovered recently through a Franciscan sister that is was actually ..."
Heidi Haverkamp Four Spiritual Practices for Preaching on ..."
"Never forget.https://i.imgur.com/frTQb.gif"
Otto T. Goat Remembering the Sacrilege of Kent State ..."
"Evidence from ScriptureAuthentic TextMany powerful men over the centuries have tried to discredit or destroy ..."
jeff allen Unitarian Universalism in 30 Seconds: Developing ..."
"The Old Testament has been more accurately transmitted to us than any other ancient writing ..."
jeff allen Unitarian Universalism in 30 Seconds: Developing ..."
Browse Our Archives
Follow Us!

More Voices
“What is it you plan to do with...
Carl Gregg 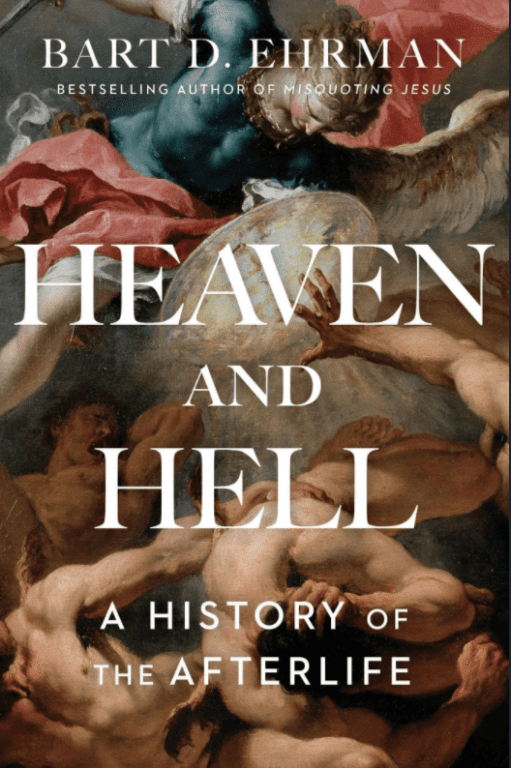 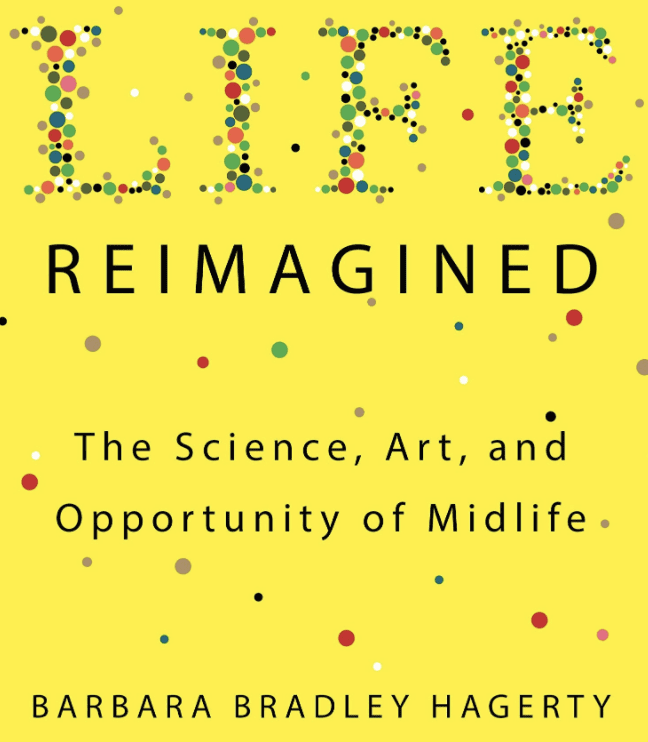