WHEN DEATH IS DEITY 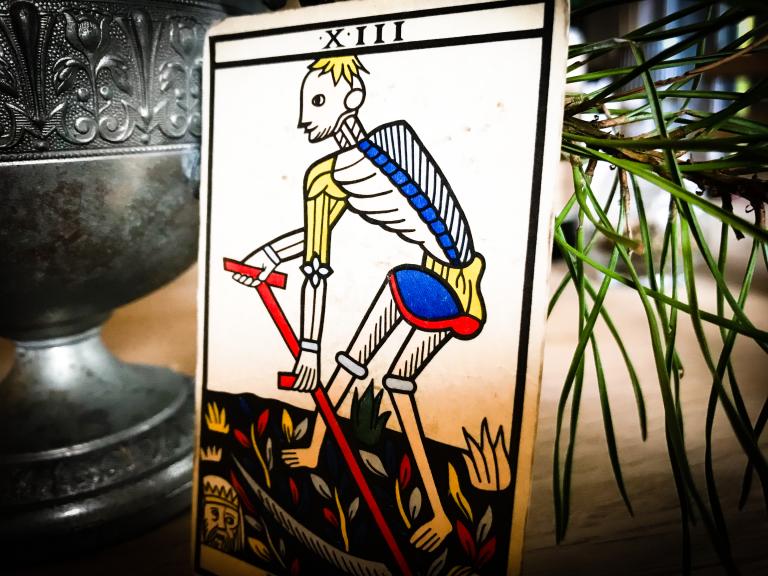 We heard it before: Death is the great essentializer. It comes without warning, and it teaches the final lesson against all greed, the desire to live being one of them.

But what if you thought of Death in the tarot as being more than cutting to the bones, transforming life or endings?

What if Death is the god of warriors and treasure, Bishamonten himself, or the Indian counter-part to the Japanese, Vaisravana?

What if Death, not the Lovers, is a representation of strategizing well, which in martial arts parlance is the same as strategizing from the heart?

This month alone I’ve had the pleasure of being interviewed four times. Each time I was asked to say something about having cut my relationship with the academic world. Each time I offered the same simple reason: The academic world is a very sad and dull place, mainly because basic curiosity has become an embarrassment to academics.

You simply cannot tell academics that you research into the cultural manifestations of the occult because you’re curious, without seeing them raise an eyebrow. Not only that, but you’ll also see how the ‘rational’ academics are very suspicious of anything that smells of practicing the said arts. Never mind the professor of religion who goes to church every Sunday, practicing Christianity; that is allowed.

I made my cuts with the university because I find such stupidity unbecoming of the so-called higher learning institution. My greatest disappointment, however, has been to witness discrepancy in action: While you sit heavily on it at the top – you didn’t earn your degrees and position for nothing – people take you lightly.

They take you lightly because you insist on being curious about things and on moving with ease between the disciplines. You simply don’t do that in the academic world.

When you’re seriously curious, you find that you don’t have time for greed, and if there’s anything that you must not take out of the academic equation, then it’s greed. You can’t function at the top without being heavily invested in greed. You cut greed out, you’re a fool.

It’s always a nasty situation when others take you lightly. But there’s something you can do about it. You can respond with a heavy dose of clarity, reminding everyone of how the great essentializer, Death, deals with greed.

You can plaster Bishamonten all over your walls, and with good martial arts deathly resolve, you start strategizing from the heart.

You look at your cards and say, Death and the Hermit mirror Alpha and Omega, the Magician and the World.

When people take you lightly, fling death at their greed, the greed they experience whenever they think they have a say in it, where your place is concerned.

Imagine greeting everyone with these words: My place is beyond. My place is in my empty heart, now filled with justice, the stuff between magic and its realization.

Stay in the loop for upcoming cartomantic courses. 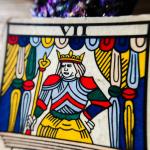 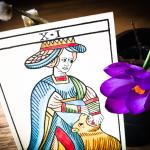 April 4, 2018 WHEN FORCE IS ON THE DOT
Recent Comments
0 | Leave a Comment
Browse Our Archives
get the latest from
THE CARTOMANCER
Sign up for our newsletter
POPULAR AT PATHEOS Pagan
1