THIS WITCH CAN FLY

I have a distaste for labels, any labels, but culturally speaking, labels are useful. It saves you a lot of time when you have to explain. ‘Yes, I’m a professor,’ and everyone understands that I must have the appropriate degrees and consecrations. I don’t have to go into it and waste my time about the past and how I got there. ‘Yes, I’m a cartomancer’, and everyone understands that I read cards for people as a professional, meaning, I get paid for my services, so others speak on my behalf.

‘But you’re also a witch’, people say, on occasion. To this I often reply: ‘if by witch you mean, I can cast a spell, curse, fix people’s problems, and fly, then, sure, I’m a witch.’

People don’t flinch when I say this, but by the time I get to the flying part, they make big eyes. ‘What do you mean you can fly?’ I give them an example.

I spent 20 years of my life as a university professor, teaching in all the programs, from the undergraduate to the PhD level. Once in a while I had to take measures against unruly behavior. When students would be oblivious to the class having started, talking over me, I’d keep quiet demonstratively.

This would normally help, as the ones talking would quickly realize to their embarrassment that they were the only ones doing it inappropriately, seeing also that their yakking stopped me in mid sentence. Not good.

On the rare occasion I’d go over to the person, lay my hand over their shoulder, and say the following, while placing an inordinate amount of pausing between each word, so the gravity of each word would be felt quite accordingly: Only. I. Speak. In. This. Classroom. At. This. Time.

Once I felt the gaze from the student in question charged with what is called ‘evil intent’ in the witchy world. How did I deal with the situation? This was the university, after all, and I couldn’t provide an equally evil contra-attack, however much that would have entertained me. For all my Zen, I’m a warrior at heart, so help me – though my Zen masters would applaud.

What I did instead was to fly over the whole classroom, just like you see the so-called ‘traditional’ witches do when they’re depicted in various paintings.

It helps to wear what resembles a black cape, which I was on that occasion. I assumed the Superman position, arms extended so the full glory of the true black could be seen, and then the lift-off. The problem with the disturbance in the classroom vanished on the spot, and the rumor thereafter was that I was literally flying. Well, yes, that was the idea. I wanted to suggest to the students ever so strongly, that if they couldn’t be bothered to listen to what I had to say, then they might as well pay attention to that.

My point is that what enables us to produce such magical effects has in fact to do with the very resistance to labels. When you resist labelling, what happens is that you live in a world of no distinction, for what does it actually mean to say that you’re a witch, or a professor, or both? By no distinction I don’t mean to say that you must eradicate your discernment. Either your students are listening, or they are not. And if they’re not, so help them. You embody the appropriate role and that’s that.

But think: What good would it do me to say to myself: ‘I’m just a rational, ordinary human trying to keep order in my classroom. I can’t possibly also think that I might be capable of flying through the classroom like a superhuman to everyone’s amazement.’ The way I figured, if you can’t make people respect you, you might as well have them fear you. If you’re in the teaching business, I can warmly recommend donning your cloak of defying the impossible.

As part of gearing up to teaching some cool magic, I thought I’d ask the cards today:

What prevents people from performing all sorts of incredible, magical feats?

That is to say, apart from the fact that, at least theoretically, I’ll maintain that what prevents people from manifesting their power is clinging to labels, for better or worse, as proclamations of self-empowerment fall into the same category of thinking that you can’t possibly fly so everyone can see it. Both of them equally useless.

Interesting cards, but I can’t say that I’m surprised.

The 10 Diamonds, 4 Hearts, and 8 Hearts speak precisely of this situation: It’s not enough to think that you can perform brilliant magic, if you cling to what is familiar to you and the uniformity of how others feel about magic. It’s not enough to think: ‘I’m a witch, a sorcerer, a magician’ – because supposedly it helps to have a distinct identity – if this thinking is not the result of utterly original thinking, the kind of thinking that the Zen masters talk about, the type that places you beyond belief and labels.

Keep flying. It’s actually not difficult at all.

Stay in the loop. Cards and Magic opens for registration in April. 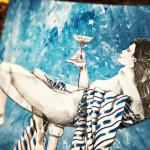 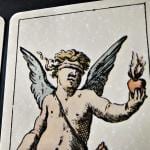 March 21, 2019 NOT THE FLAMING HEART
Recent Comments
4 Comments | Leave a Comment
Browse Our Archives
get the latest updates from
THE CARTOMANCER
and the Patheos
Pagan
Channel
POPULAR AT PATHEOS Pagan
1 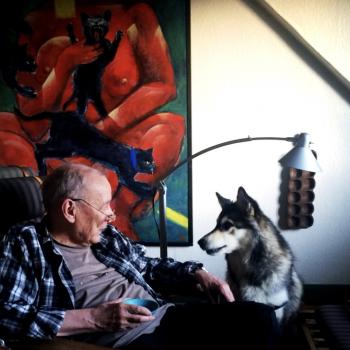 Pagan
What art collectors say beyond the grave
THE CARTOMANCER 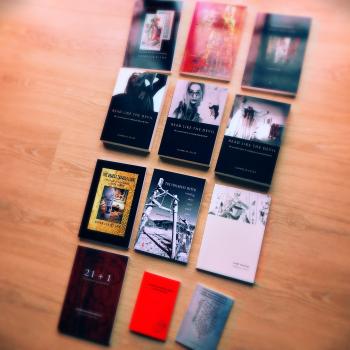 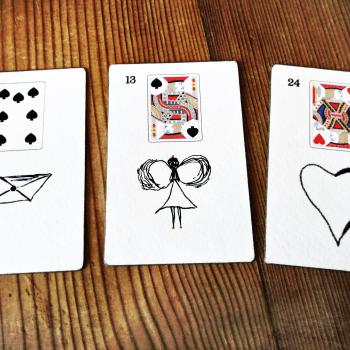 A Sigil For Letting Go
In traditional East Asian medicine, autumn is the season associated with Metal...
view all Pagan blogs
What Are Your Thoughts?leave a comment
Copyright 2008-2021, Patheos. All rights reserved.