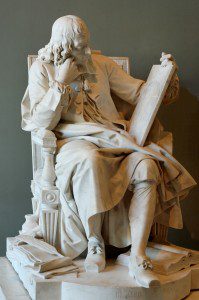 Converting is pretty easy: it’s kind of like falling in love. You find this perfect Church, resplendent and beautiful, which is going to provide for your spiritual needs, take away all of your confusions and provide shape to your life until death and beyond. You celebrate, and make vows, and you drive everyone you know nuts by talking about nothing else. If anyone points out the faults in the character of the beloved you become immediately offended and quickly fly to her defense. She is your world, your day, your starlit night, and she can do no wrong.

Being a Catholic is more like marriage. The idealized conversion story, with its “I gave my life to Jesus, and lived happily ever after” ending is no more realistic than the fairy-tale romance. Now I knew this perfectly well when it came to marriage and I considered it absolute folly to make wedding vows without first sitting down and deeply internalizing the fact that I was committing to my husband “in sickness…for poorer…for worse.” Things were going to suck, we were going to fight and sometimes hate each other, and probably this person would hurt me more than anyone else in my life because I chose to be more vulnerable with him than with anyone else. Was this the one I wanted to do that with? Yes? Good. Let’s get married.

With religion, I kind of got sucked in by the propaganda. It’s weird, because if you’re reading overly pious lives of the Saints or listening to airbrushed conversion testimonials on Catholic radio you get the impression that the really good Holy people don’t really suffer for their faith. Yeah, sure, they get locked in pits and have their heads cut off – but they do so with a song in their heart and a smile on their lips. The sufferings and trials presented in works of popular piety are so often like the bloodless, painless martyrdom fantasies that Flannery O’Connor so pointedly parodies in her short story “A Temple of the Holy Ghost.”

Of course, in the real lives of the Saints it’s not like that. The persecutions are real, the frustrations are frustrating, the whips hurt. Try reading, for example, the martyrdom of Sts. Perpetua and Felicity back to back with one of the legendary martyrdoms, like St. Agnes or St. Catherine of Alexandria. In the legends supernatural interventions abound, tortures are miraculously averted, and when the painless blade finally falls upon the holy virgin’s neck there is no blood but only a flow of nourishing milk. In the first hand account, milk flows not from the severed neck but from the breast of a mother who is being marched into the arena to die after relinquishing her newborn forever into someone else’s care.

I wish that I could say “Well, suffering is one of those necessities of life. Being Christian gives shape to suffering, it relieves the burdens of suffering, it provides strength to the suffering – it doesn’t cause suffering.” But this is neither scriptural nor is it true. We are in fact promised that if we become Christians we will be crucified. There’s no clause that says “But, if you don’t become a Christian you’ll still be crucified…you just won’t get the Big Reward when it’s over.” The gospel really is costly. Pascal’s wager is wrong because it assumes that you’re wagering nothing more than an act of intellectual assent: if you bet on God, you have nothing to lose and you might gain Heaven; if you bet against him, you have nothing to gain, but you might lose eternal life. The problem is that you have to ante up, and the minimum wager to play at this table is everything. Your whole life.

It would seem that the only rational reason why anyone would make this wager is an absolute certainty that it’s going to pay off. I’ve met people who seem to have that certainty. I’m not sure if I envy them. The security of an unshakeable faith would be very reassuring, but it often comes freighted with a rigid inability to sympathize with the doubts of the majority. In any case, skepticism is hard-wired into the bedrock of my personality. I’m pretty sure that if I’d been invited to put my fingers in the wounds of the Resurrected Christ, I would have considered it proven. But I might still have had some niggling doubts.

Faith, for me, is impossible unless I am continually engaging with doubt. As soon as it becomes an unquestioned fact, I become increasingly frightened that I’m on shaky ground, that it’s a psychological palliative, that I’m being inauthentic and refusing to confront the evidence.

So, given that many of the choices that I make for the sake of faith are genuinely painful, that believing is genuinely costly, and that I’m not even 100% certain that this is ever going to pay off, why on earth do I still believe? 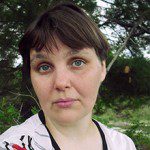 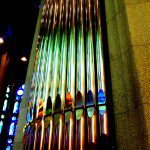