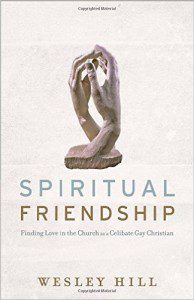 In the wake of the legalization of same-sex marriage, some Christians have started asking: how can we move forward from here? Some are still committed to the legal battle to overturn SSM, but most seem to be aware that a shift in footing is necessary. Lobbyists are increasingly putting their efforts into the protection of religious freedoms – in particular the protection of the freedom of churches not to perform same-sex weddings. There’s also been a lot more talk about trying to strengthen and better support traditional marriage (as in this post that I wrote shortly after Obergefell).

But what about the pastoral question? To Christians, gays and lesbians should not be seen primarily as a political problem. How do we welcome LGBTQ people into our churches? What options do we offer? How do we provide pastoral support without denying the traditional teaching on marriage and sexuality?

Those who are familiar with this issue probably already know that the “ex-gay” movement basically capsized a couple of years ago. Almost nobody believes anymore than you can change a person’s sexual orientation with therapy, and even folks who are in successful marriages with spouses of the opposite sex are increasingly open about the fact that they are still gay, and that straight marriage is really only an option for a small minority. Twelve step ministries may be helpful for some people, but they seem to finding it difficult to reach the younger generations who have grown up in a pro-gay culture.

Dr. Wesley Hill is an Anglican who teaches biblical studies at Trinity School for Ministry. He is also a celibate gay man who believes in the traditional teaching on homosexuality. Spiritual Friendship is his second book that deals with homosexuality and the church (his first, Washed and Waiting, is fantastic and highly recommended.)

Wes’ basic argument is that one of the primary difficulties that the church faces both in fighting against gay marriage and in reaching out to the LGBTQ community, is that we have over-emphasized marriage to the exclusion, and sometimes detriment, of friendship. This book traces the history of Christian traditions surrounding friendship, discussing, amongst others, the writings of St. Aelred of Riveaulx, Dietrich Bonhoeffer, John Henry Newman, C. S. Lewis and Henri Nouwen. His goal is to trace a tradition of intense, emotional same-sex love which is expressed not through sex and marriage but through chaste friendship.

This book is not just written for gay people. Hill shows that the eclipse of traditional friendship preceded the eclipse of traditional marriage – and that it may have been an equal, though much quieter, disaster for Western culture. The loss of friendship, Hill argues, has profound implications for Christian community, for straight singles, and for married people, particularly married women who often find motherhood isolating and burdensome without a community of support. He also demonstrates how the cultural diminution of friendship as a recognized and dignified relationship creates a situation in which the “right to marriage” becomes synonymous with the right to love.

Spiritual Friendship is a beautiful, informative and often lyrical book which interweaves poignant personal reflections with lovely excerpts from a rich and largely neglected tradition. Hill offers practical ideas for how Christians can help build the kind of communities where Christians friendship can flourish, and where Christ’s claim that we will be to one another as sisters and brothers, mothers and fathers, can be made a reality. He also shows that this type of community in which bonds of friendship create the foundation for parish kinship can offer those who are unable to marry the opportunity to participate in family life without denying the Biblical tradition.

This book is smart and well-researched, yet also personable and approachable. Wesley’s prose stylistics are a joy to read: he is intelligent without being tedious or pedantic, and he uses his considerable knowledge of the subject matter to inform his audience without showing off. The inclusion of his own, sometimes painful struggles to realize the kind of love that he envisions allows the reader to truly understand both what friendship is, and why we need it so badly in the church today.

Most importantly, Wes provides a positive Christian response to the gay rights movement. Instead of focusing on fighting gay marriage, he offers an alternative way of understanding and providing for the needs of gay people within the church. The fact that he is, himself, living the kind of life that he envisions for others makes this a powerful testimonial, not just a pretty bit of naive theorizing.

So, buy the book. Read it. Share it with your friends. Discuss it in your small groups. Then get to work on building a Culture of Love within the church that invites care and friendship alongside marriage and life.

Also, check out the Spiritual Friendship web-site, a project which Wes co-founded with his friend, gay Catholic theologian Ron Belgau, as a place for traditional Christians to explore better approaches for LGBTQ folks in the church. 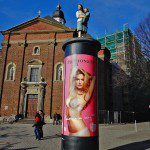 July 11, 2015
How Many Mortal Sins That Have Nothing To Do With Sex Can You Name In Under A Minute?
Next Post 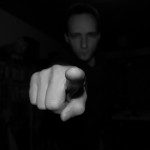 July 14, 2015 Only YOU Can Stop Sexual Legalism!
Recent Comments
0 | Leave a Comment
Browse Our Archives
Follow Us!

Harvest: We Are All Laborers In The Vineyard
"After they had gone away, a demoniac who was mute was brought...
view all Catholic blogs
What Are Your Thoughts?leave a comment
Copyright 2008-2020, Patheos. All rights reserved.