God of the Lacunae 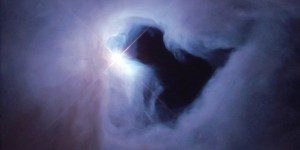 In my com-box from the other day one of the atheist commenters pointed out that a perennial frustration of atheists debating with Christians is that they hear the same arguments again and again and again – arguments which, from an atheist perspective, have been thoroughly discredited and debunked.

Of course there’s an equivalent frustration on the side of Christian apologists: most feel that the arguments haven’t been adequately answered, and that atheists are being intellectually dishonest when they dismiss an argument just because it’s old. Or they feel that the atheists are deliberately misunderstanding the argument. Or whatever.

At the heart of this frustration is, I think, a fundamental and insoluble problem which is that the existence of God can’t actually be proven or disproven on the weight of the evidence that is available to us. The atheist believes that God is an unlikely being, almost certainly a fiction, and that therefore the burden of proof rests on the theist.

The theist believes that the almost universal human experience of the supernatural makes the existence of God highly likely, and that the burden lies on the atheist to disprove humanity’s perennial conviction that we live in a God-haunted world.

The result is an impasse.

It’s not just an impasse on the level of the public conversation, it’s also an existential dilemma. My suspicion is that one of the reasons why serious Christian intellectuals often just don’t engage with atheists is that the argument cuts too close to the heart. If you’re honest about the experience of doubt, any atheist who’s likely to debate you will see that as evidence that they’ve won the debate. Or even as evidence that you’re actually an atheist at heart.

The reverse, of course, is also true.

The truth is that the confrontation with serious doubt is a very common aspect of religious experience, and grappling with felt presence of God is a very common aspect of atheistic experience. This is not often a part of the discussion, for the simple reason that it involves revealing a deep personal vulnerability in the midst of an intellectual fight. People don’t talk about it for much the same reason that Legionaries don’t generally remove their breastplates, drop their gladii and bare their hearts to the Gaulish spears.

However, authenticity is kind of my brand, so I’m going to do it anyway. Honestly, the atheist arguments make sense. We know that physics as we understand it, based on our observations, starts to break down the further that you go from our frame of reference – whether because you’re going deep into the heart of the atom, far into the reaches of space, or back towards the horizon of the Big Bang. Ultimately, there’s a point where our empirical and mathematical tools can penetrate no further. We have reached the limits of our epistemological horizons.

Modern philosophy of science tells us that even if these particular limits are transcended by the development of new tools, all that will happen is that we will widen the scope of our knowledge – to discover that fresh boundaries have been placed upon it.

At the moment we can’t penetrate far enough to figure out why the Big Bang happened, but even if we could, God would retreat further into the gaps. Instead of asking “What caused the Big Bang?” theists would then ask, “Who established the laws governing the pre-spatio-temporal matrix from which spatio-temporal universes are generated?” No matter how far scientific knowledge advances, it will always be possible to demand to know what lies beyond the limitations of our knowledge set.

And it is fundamentally reasonable for atheists to be frustrated with this, especially since well-meaning Christian apologists often do, in fact, move the goalpost. One day you have Chistians sneering at evolutionists, taunting “Show me the missing link.” The next day, archaeology has more or less closed the gaps on human evolution – and the apologists are saying, “So God used evolutionary processes to generate man from the primordial ooze. Big deal. Now show me how life came to be without divine intervention.”

The reason for this is one that the mystics (and most serious theologians) have always insisted on: God transcends. God lies absolutely beyond the horizon of human understanding. If we imagine for a second that He is right there, just past the edges of what we happen to know right now, we’re missing the point by such an incalculable margin that it’s ridiculous.

God is the Absolute Other. He is accessible to us only through revelation in the same way that an author is accessible to the characters in her book only if she chooses to make herself known – and even then, it’s hard to say in what sense a person who exists in the author’s head, and whose materiality is composed entirely of text, can really “know” the author at all. The difference is just so categorical that no possible empirical or rational tool-kit can overcome it.

The problem, though, is that from within the system you can never either prove nor disprove the existence of something that is absolutely outside of the system. If there were a character in a book who had genuine free will and the capacity to interrogate and understand the textual nature of his existence, he would nonetheless never be able to determine whether text was a product of an intelligent directing will, or the product of some random process (monkeys at typewriters, for example.)

It would be reasonable for him to imagine that his own intelligence was an image of an intelligent author, but this reasonability arises solely from the logic of analogy. There’s no way of escaping the system in order to evaluate whether the analogy is true.

It’s always possible that random processes, given sufficient scope, have generated the illusion of meaning and order. And in the case of the universe as we find it, we’re confronted with the fact that the possible scope for random activity is mind-bogglingly immense.

What we’re left with is fundamentally a choice between two equally rational and equally unprovable belief systems. This is why the debate routinely goes nowhere: because the very nature of the question is that such that it’s impossible to finally resolve or settle it one way or the other.

The only possible exit from the dilemma is faith: an act of will by which a person chooses to believe in something which, though rational, cannot be demonstrated to be true. The theist and the atheist both, equally, make such an act, they just make it in opposite directions.

The problem is that we can’t make this decision lightly. Literally everything depends on it. How we live. How we understand morality. How we perceive ourselves and our role in the universe. How we seek to fulfil our fundamental thirst for meaning and purpose. How we relate to others. How, and whether, we avoid making a date with a bathtub and a razor.

Under these circumstances, nobody makes the decision for or against God without fear and trembling. Sure, there are those who’ve never really investigated the question: young people who haven’t yet encountered the full gravity of the dilemma; simple people who just accept whatever they’ve been taught. Those folks exist in abundance, and perhaps many of them go to their graves having lived a happy and unexamined life. I don’t know.

But if you’ve asked the question, God help you, there’s no getting away from it. You have to make a choice, and what’s at stake is your entire life. On some deep level, we all know this – and this is why the debates between atheists and Christian are perennially ugly. Because beneath the intellectual bravado, the mockery, the sneering, the facade of learned detachment, there is the unavoidable reality of existential dread.

It’s hard, then, even to see the other person in the conversation as a separate person because they voice what none of us really want to confront. They are the avatar of our own inescapable doubt. The Christian’s fear that God is just a big imaginary teddy-bear. The atheist’s fear that in the end they will be called to stand before the judgement throne and account for their unbelief.

Image: It came from pixabay 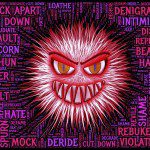 November 10, 2015
Let's All Throw Things at Stupid Christians
Next Post 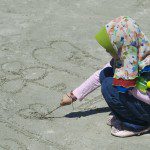 November 14, 2015 From the Logic of Hate, Deliver Us O Lord
Recent Comments
0 | Leave a Comment
"And you're not a man at all, so look who's talking, BS.Hey, did you notice ..."
TRE45ON A Biblical Account of Toxic Femininity
"My experience has been that therapeutic use of the pill had exacerbated my anxiety disorder ..."
Ame Legitimate Therapeutic Means: Can Catholics Use ..."
"Miss talking to you and have thought often of you and the children, I am ..."
Patricia Lee Crossing the Rubicon: Why I Will ..."
"COVID-19 has changed my point of view on this.I'm not willing to divorce an abusive ..."
Theodore Seeber Enabling Abusers: On Divorce and Remarriage
Browse Our Archives
Related posts from Catholic Authenticity