Giving Up Time for Lent 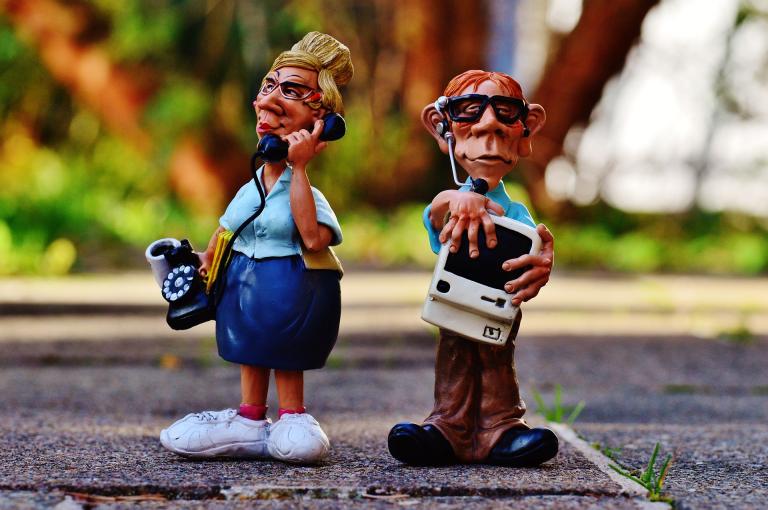 This one I haven’t done. But it’s my coolest idea for what I would do for Lent if I had the freedom to do it.

The idea, basically, is to take a 40 day trip back in time. It doesn’t really matter all that much how far you want to roll the clock back. Even if you just go as far as 1999 you’ll find that a tremendous amount has changed since the end of the 20th century. Smart phones, GPS, Netflix, FaceBook… heck, we didn’t even really have blogs in ’99.

Obviously you can’t actually live in the past, but you can decide to live without the technologies that we’ve developed in the meantime. With the help of the internet, you can access the stuff that people were reading at pretty much any time in history (I know, I know, they didn’t have the internet in most of those eras. So print it out. Or if you’re doing a pre-Gutenberg copy it out by hand. Then shut the internet down.) You can eat the food that they ate, and play the games that they played, and learn some of their skills.

The benefits of doing this are actually reasonably well known — the BBC had a number of TV shows that basically revolved around this premise. Of course they were able to do cool things like have a World-War I style general store, which you’re unlikely to be able to pull off solo, but there’s certainly no reason why you couldn’t have a pretend air raid and teach your kids how to do a black-out. Lent is also long enough that you could make your own sauerkraut. You could figure out what things were rationed, what kind of foods were available… and that’s just with World War II. If you look the entirety of history, the possibilities multiply endlessly.

(Only don’t go back to the Stone Age. When the BBC tried that, people got sick. Modern immune systems aren’t capable of handling a stone age diet, apparently.)

The people who have done this generally report two kinds of effects. One is an increased gratitude for and appreciation of the present. Catholics especially seem to have a tendency to look askance at contemporary society. The sins and failings of the present are abundantly clear, since they are always before us, and the virtues of the past are often somewhat overstated. The rosy lens of historical romanticism hangs over the past — after all, we get to appreciate the finest music, literature, theology, art and architecture of our forefathers without having to shovel shit from their streets. Nobody bothers to read the 19th century equivalent of The Davinci Code (unless it’s part of their dissertation) and nobody has preserved the music of the 2nd century equivalent of Vanilla Ice.

It’s easy to think that things have gone to the dogs when you’re comparing the best of the best from 300 years ago with lame contemporary productions that won’t even be remembered ten years from now. But when you try to actually live the way that people were living, even fairly recently, you become keenly aware of all of the good things about modern life that you take for granted.

The other effect is a reclamation. While there is no past golden age in which everything was so much better than it is today, every era has things to recommend it. People who’ve done this tend to report that they take habits which they learned “in the past” and bring them into their daily lives. Some find that learning how to entertain themselves, rather than always being entertained, is hugely life-changing. Others learn how to slow down, to accept a pace of life that demands more patience and less instant gratification.

There are also intellectual habits typical of every age, and each one offers different strengths and insights. You can do a lot to get outside of your contemporary cultural paradigm just by immersing yourself in the texts of another era — but on some level you’re always going to be a tourist. Part of the reason for this is that you can’t entirely understand the perspective of a particular culture without also understanding the technologies and way of life that undergirds its thinking. Even the metaphors of something like the Mass have a kind of archaic glamour for us: unless you’ve grown grapes, made wine, baked bread, the idea that bread and wine are “fruit of the vine and work of human hands” is largely an abstraction.

Reading a particular culture’s texts while also mediating your life (as much as possible) through its technologies and cultural forms allows for a much more complete kind of immersion. Obviously you can’t actually go back, but by replicating the practices of a bygone era and engaging in its disciplines, you can retrieve something like the existential arts that were perfected in that time. Precisely what benefits this will bestow is obviously going to vary from period to period, but it’s going to be interesting and valuable no matter what. After all, if travel broadens the mind, surely time-travel will do the same.

From a spiritual perspective, each era has a particular way of instantiating the Truth, of approaching God, of worshiping through daily life. The reason that we read the desert fathers, the Medievals, the early Christian martyrs, the Old Testament prophets, is because we know that though them we can delve into the ancient riches of the deposit of faith. This tradition illuminates for us the things that are lacking in the present, while the present tends the garden of the past — sometimes pruning, sometimes filling in the gaps with new growth.

Temporarily returning to past modes of living and thinking is, then, a way of understanding this heritage that we preserve and from which we draw life. It equips us with better means of understanding and entering into the tradition in order to revive it and make it new. 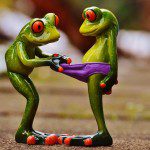 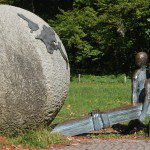