Married to St. Raphael: Why so many good Catholic girls stay single 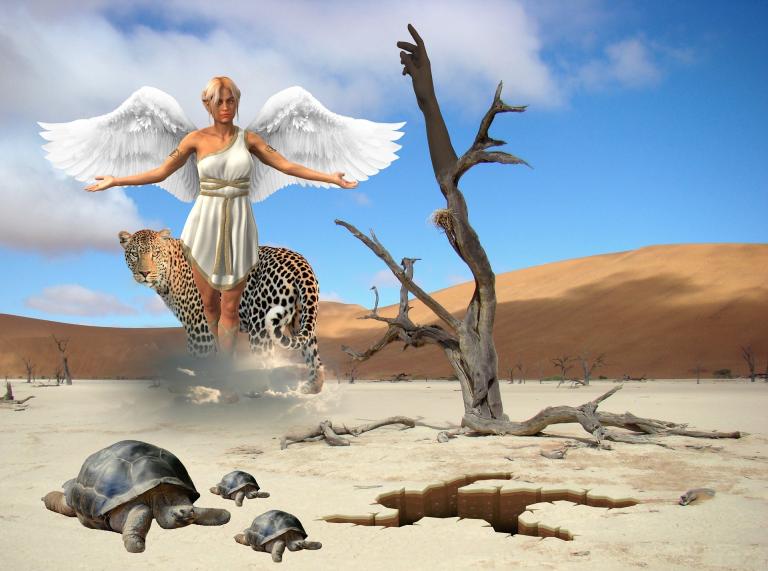 Monique Ocampo has a lovely Valentine’s day post on the plight of the single Catholic woman. She includes some correspondence from one of her readers which I’m going to quote here because I think it is an excellent expression of what I’ve seen on the Catholic dating scene:

Every Catholic guy I know is either dating, married, or a seminarian… I don’t even know how to get a bloody date in the first place (because there are no single Catholic men, much less ones that have ever shown an interest).

Monique offers some vague hopes and a lot of commiseration – but admits that she has the same problem, and doesn’t have a solution to it.

The question that haunts so many single Catholic women is this: where are all of the good Catholic boys?

And the answer, I’m afraid to say, is that they are mostly either married or in the seminary.

Now, off course you could becomes the devout Catholic girl hanging around outside the seminary doors, waiting vulture-like to snap up any would-be priest who starts to have a vocations crisis, but I will warn you: the other good Catholic girls have already thought of this. Seminarian-watchers exist in droves, and unless you’re willing to descend on the faltering seminarian like he’s the last X-Box at a Black Friday sale, this probably is not the plan for you.

Which means that you end up stuck dating, and if you are a devout Catholic girl looking for a devout Catholic husband the odds are not in your favour. Any reasonably eligible young Catholic man who wishes to get married will not find it all that hard to find a date for the straightforward reason that women significantly outnumber men in the Catholic dating scene. Generally, Catholic men who are seeking marriage have the luxury of choice: they can take a few years to play the field until they find a Catholic girl who really clicks, and then propose. It’s a buyer’s market. The men can shop around for what they want, and even relatively socially inept Catholic guys often end up hitched to amazing Catholic women.

This is not such good news for the ladies — it means that even if you’re really attractive and outgoing, smart, friendly, and socially competent, you might still end up married to a very nice dweeb. And if you lack some of the qualities listed above? Well… the unfortunate truth is that you could end up being indefinitely single.

The wisdom that seems to get repeated over and over and over again by those who are waiting for the miracle doesn’t help: “You have to be patient. God has a plan for your perfect mate, but sometimes He expects you to wait.” “Don’t settle. Marriage is supposed to be a union for life, so you don’t want to get stuck with someone who isn’t right for you.” “You are a princess, the daughter of a King. So keep yourself pure and holy, and sooner or later that pure and holy guy will come and sweep you off you feet.”

To make things worse, you will find an endless supply of personal testimonial stories from girls who followed this advice, and it worked! They dated this great Christian boy that they met on CatholicMatch.com and one day, in the adoration chapel, he got down on one knee and proposed that together they ask Jesus for permission to marry. Hearts swelled. Heaven smiled. Choruses of angels sang.

What these personal testimonials miss, of course, is that for every one of these idyllic success stories there are a lot of wonderful Catholic girls praying and waiting and hoping for their turn. But it’s not a turn based system. It’s more like musical chairs, with more backsides than seats, and as the game progresses the number of seats declines.

This will be unpopular advice, but what about dating non-Catholics? I can’t help but notice that almost all RCIA classes include people who are coming to receive religious instruction because they are not Christian – but they want to marry a Catholic. One of the more common reasons that men convert is for the sake of their wife or their girlfriend.

Yes, God has a plan for everyone but it’s important to remember that God’s plan is not primarily devoted to the end of getting people married. His primary goal is to get people into Heaven. He uses whatever earthly conditions happen to prevail in order to bring that goal about – and He’s very, very good at using both virtue and vice, good and evil, to bring about His designs. This is a God who looked at the problem of Romans torturing people to death by nailing them to things and thought, “Ah! I’ve got a great idea for what I can do with this!”

This means that while God does have a plan for your life, that plan is not necessarily to give you the good Catholic husband that you long for. That’s kind of the thing about God’s plans – if you tell Him in advance what the plan is and then sit there, waiting for Him to make it happen, it doesn’t always work so well. It doesn’t give him room to maneuver.

The “some day my prince will come” approach to Catholic marriage is based on a false understanding of how God’s plans work. The tacit assumption is that if you’re virtuous and pure and you devote yourself to God then you deserve a good spouse and a good life. But that’s kind of never been the deal. If you look at the lives of the Saints you won’t often find a biography that read:

“She was pure and obedient and loving, praying often for her husband even before she met him, and then she found a wonderful Catholic man. They lived a happy life of mutual accord and raised a large brood of holy children together.”

Most of the Saints either weren’t married at all, or they reportedly had terrible husbands who they eventually converted though kindness and persevering prayer.

That’s not to say that you should look for a terrible husband so that you can be a living martyr in marriage – that would be dumb – but it is safe to say that marriage is not about being rewarded with the partner that you deserve. It’s about finding someone whose virtues complement your faults and whose faults complement your virtues. And if intense piety is one of your virtues there’s a pretty good chance, in a culture that’s generally suffering from a piety deficit, that you will be called to give your faith as a gift to a spouse who has none.

There are lots of guys out there, outside of the Catholic ghetto, and many of them are wonderful people. Decent. Kind. Loyal. Loving. No, they won’t give you the ready made Catholic wedding of your dreams, there will probably be some conflict about your values, and you’ll likely have to be patient in bringing them into the Church. The Christian vision of love has never involved gilded carpets, beds or roses or happily ever after. It has always involved sacrifice, patience, and a hefty helping of humble pie. But it remains a beautiful vision, one in which imperfect people coming together in their imperfection are redeemed and made new. 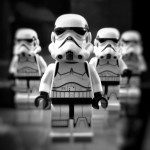 February 14, 2016
Render Unto Vader What is Vader's
Next Post 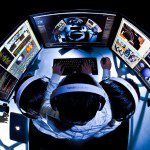 February 15, 2016 How to Practice the Seven Spiritual Works of Mercy Online
Recent Comments
0 | Leave a Comment
Browse Our Archives
get the latest from
Catholic
Sign up for our newsletter
POPULAR AT PATHEOS Catholic
1