Not The Time Or Place: An Open Letter to Elliot Milco

First Things, unlike many other “conservative” Christian publications, has not held a single, univocal view on the question of whether LGBTQ identities must be erased in order to make way for Christ. In 2012, First Things published Joshua Gonnerman’s “Why I Call Myself a Gay Christian”, and in the years since they have welcomed a number of LGBTQ identified Christian writers, including Ron Belgau, Wesley Hill, and myself. First Things’ former deputy editor (now literary editor) Matt Schmitz was especially generous in welcoming our perspectives, and creating a space within the conservative conversation for traditional Christians who identify as LGBTQ to talk about our needs and our place within the Church. 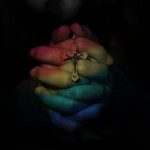 June 16, 2016
Not The Time Or Place: An Open Letter to Elliot Milco
Next Post 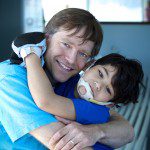 June 22, 2016 Spectacularly Disabled
Recent Comments
0 | Leave a Comment
"I’m shocked by the line about “if she *or* her parents consent”, and honestly wondering ..."
MorganHunter A Painfully Familiar Reason for Using ..."
"I'm not assuming either way, but what if it turned out that they did agree ..."
Makishima Are Women Being Denied the Truth ..."
"The most traditionalist people I've met quote female saints constantly, and reproach Popes, priests and ..."
Ginger An Open Letter to the Young ..."
"I am one of those atheists who don’t care what anyone believes, but care very ..."
BensNewLogin Crossing the Rubicon: Why I Will ..."
Browse Our Archives
get the latest from
Catholic
Sign up for our newsletter
POPULAR AT PATHEOS Catholic
1 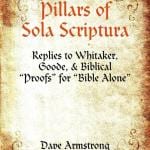