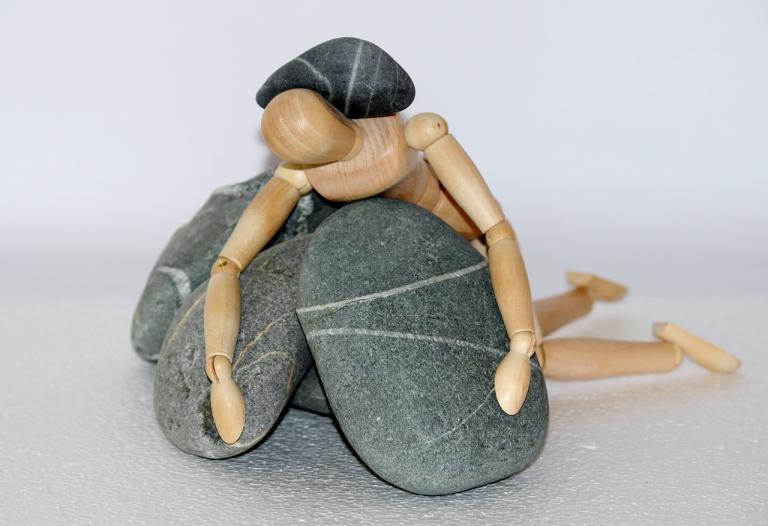 My recent post, Wayward Creatures, dealt with one aspect of the problem of suffering – namely, the question of why allowing evil is necessary if you’re going to create creatures with free will. There are a lot of comments in the com-box that are basically angry, not angry with me but angry with God for permitting certain, specific evils.

I have to be honest: the problem of suffering has never bothered me all that much as a Christian. This is probably because the first time that I really had to deal with it, I was a suicidal teenage atheist. God was not in the picture. At. All.

This means that for me, the primary form of the problem of pain is pre-theistic. It also means that I’m deeply existentially aware that simply being an atheist, rejecting Christianity or being mad at God, doesn’t really change the form of the problem. I know that if you are an ex-Christian who prayed for God to take the suffering away, and He didn’t, the psychology is different. But the problem is the same.

When it comes down to it, there are only two possibilities:

It’s that stark and that simple. If you are alive, you will suffer.

What I realized very quickly is that I had to make a fundamental decision. Either the goodness of existing was sufficient to justify the suffering that I was going through, or the choice to go on existing was irrational. For me, this was never just an abstract philosophical question: one of the things that my brain does when I’m depressed is supply me with a continual, very vivid stream of images suggesting different ways that I could choose non-existence, right now, with the objects in my immediate vicinity.

In some cases, I’ve had to make the decision to very strenuously believe that existence is worth it literally hundreds of times in a single day. As a result, this is a very strong conviction, and arguably the psychological foundation of my entire worldview.

Having come to this conviction as an atheist, I didn’t find it particularly difficult to accept it as a theist. I understand that for a lot of people, especially those who have lost their faith, it looks like throwing God into the equation somehow alters the outcome. I don’t think it does.

Why? Because God more or less says that it doesn’t. There are two points in the Bible where God deals directly with the problem of suffering. The first is in Job, the second is in Gethsemane.

In Job, God’s answer to why He permits horrific suffering to fall on Job, who is blameless and faithful, is twofold. In the first half of the answer, God rhapsodizes for a while about the monsters that He has created: Leviathan and Behemoth. There’s some debate as to what these monsters were, but the one thing that is clear in the text of Job is that they are powerful, fearsome, and they represent natural forces which are destructive and which human beings cannot tame.

It’s also clear that God, as represented by the author, thinks these creatures are pretty cool.

Basically, God asserts that Job’s perspective is not absolute. It’s kind of like that moment in Moby Dick where, having heard throughout the entire book about what a horror and monster the white whale is, you finally see it for the first time. And it’s beautiful. Awe-inspiring. Breath-takingly glorious. Your sympathies immediately shift to the whale because (returning to my original thesis) the simple goodness of its existence is more than sufficient to justify the loss of Ahab’s leg.

This passage in Job suggests a reality that is, to a large degree, difficult for Western thought to grapple with: suffering, fear, pain, destruction and death are not conterminous with evil. Much of what we perceive to be bad is actually good. This is not a problem with creation, it’s a problem with our perspective. To put it simply, God did not originally create an idyllic lion-and-lamb theme park where all the animals frolicked and were nice to one another, until Adam and Eve came along and messed it up. Long before Original Sin, God created dinosaurs. Giant lizards with powerful jaws and great gnashing teeth. And He saw that they were good.

Okay, but obviously to an atheist this isn’t sufficient. How can we say that God is benevolent if His benevolence includes making fanged beasts that will happily rip us apart for their dinner?

Which brings us to God’s second answer to Job: “Where were you when I laid the foundations of the Earth?”

What God is saying here is that He doesn’t need Job to be a backseat Creator. Job has no idea how to go about creating a universe. None of us do. Most of the time, when we come up with ideas about how God could have done it better, how He could have eliminated this suffering or that suffering, how He could have intervened more effectively, how He could have communicated His will to us more directly, the ideas are… well, frankly, kind of lame. The “improved” worlds envisioned by most humans who think they could have done a better job are not actually better. They’re boring, oversimplistic, and ham-fisted. They sacrifice a tremendous amount of drama, beauty, order, coherence and elegance in order to achieve a fairly trivial reduction in human suffering.

It’s not quite as drastic as suicide, but it’s still fundamentally the same error: suffering is allowed to trump beauty, order, coherence, freedom.

But surely, surely, if God really is endlessly powerful and infinitely clever, He could come up with something better. He could figure out a way to retain all of the good stuff, while eliminating the suffering. If He was really benevolent. If He really existed. If He really wanted to.

Which brings us to Gethsemane. Christ puts this to God the Father in a very simple, very poignant form: “If it is possible, let this cup pass from me.” On behalf of all humanity He says, “If suffering and death can be taken away, please, take them away.” God’s answer comes in the form of a posse of sword-wielding thugs who take His only begotten son away to be crucified.

Even when the man who is the second person of the trinity, God the Son “though whom all things were made,” asks for an end to suffering the answer is still no. Not “No, I will not do this for you,” but, “No, it is not possible.” For reasons that we can only partially grasp, life without suffering is not actually a possibility. Either we accept that, and we choose life, or we reject it, and let suffering condemn all of creation to non-existence. There is no other way. No other option. Not even if you’re God. 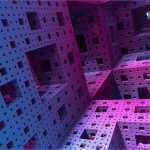 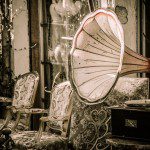 November 23, 2016 Dear Rich People: Please Keep Giving Us Your Junk
Recent Comments
0 | Leave a Comment
"I'm not assuming either way, but what if it turned out that they did agree ..."
Makishima Are Women Being Denied the Truth ..."
"The most traditionalist people I've met quote female saints constantly, and reproach Popes, priests and ..."
Ginger An Open Letter to the Young ..."
"I am one of those atheists who don’t care what anyone believes, but care very ..."
Ben in Oakland Crossing the Rubicon: Why I Will ..."
"You guys are calling Gnostic views nonsense, while not even naming one of these possible ..."
Justafoolagain Make Women Slaves Again
Browse Our Archives
get the latest from
Catholic
Sign up for our newsletter
POPULAR AT PATHEOS Catholic
1