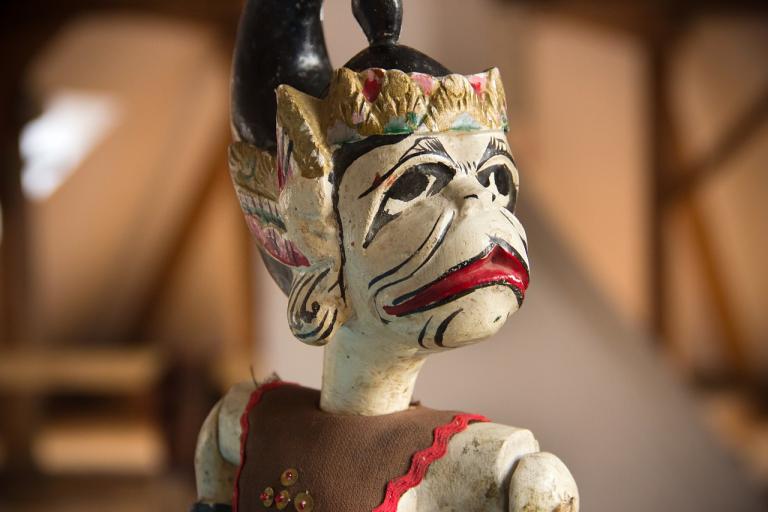 One of the issues that arose in the comments from yesterday’s post is the question of why God would allow people to do evil in His name. Why wouldn’t He intervene?

This is basically a variant on the problem of evil: if God is omnibenevolant and also omnipotent, then wouldn’t it make sense for Him to step in and prevent humans from performing certain kinds of evil acts, or from committing certain types of error?

For me, this kind of question has never seemed all that vexed. Why? Because God is a categorically different kind of being than I am. He’s not a big man, with infinite power, making human-type moral decisions. Even when we speak of Him as Father, we have to understand that we’re talking about an adoptive relationship with a person who is profoundly ontologically dissimilar from us.

The obvious analogy is to a mother giving birth: when I’m in labour, I know that the baby is probably terrified and suffering. Contractions are not nice my side of the equation, but I’m sure that having your entire world suddenly start squeazing in on you, forcing your body down into a tight, dark passage, is frankly traumatic. From the baby’s point of view, birth is the loss of everything that they know, it’s incomprehensible, unforeseeable. But from the mother’s point of view, this is a joyous occasion and a cause for celebration.

To God, our deaths are presumably similar. When there’s a tsunami, or an earthquake, or some other natural disaster, from His side of the fence it doesn’t look like a killing field. It looks like a bustling maternity ward. Morally speaking, for obvious reasons, this is a game-changer.

But the difference in God’s perspective on death does not answer the question of why He would allow people to tell lies about Him, or commit atrocities in His name. A natural disaster is one thing: anyone who has thought seriously about what earthly immortality would entail has to realize that death is a necessity for human beings, and that therefore the means of causing death must exist in nature. But moral evil done by other humans, and particularly moral evil done in God’s name, that’s different.

To try to understand this, I turn to a different analogy. The closest thing that I’m familiar with, personally, to the Creator/Creature relationship is the relationship between an author and her characters. As an author, you create people in your image and likeness and you create a world that they can live and act in. As soon as you start to put them down on a page, to give them a flesh of words, they become in some sense distinct from you but at the same time they are always in you and you in them.

Now, as an author there are basically two ways that you can proceed. You can come up with a plot and then invent some characters to act the plot out. The characters are basically like little automata: you give them the exact characteristics that they will need to make your story work, and then you make all of their decisions for them to get the desired effect.

The other way to write is to develop your characters intensively, do a lot of world-building, come up with a central problem or conflict that the characters will have to solve, and then set them free and see what they do. This is how I write. It means that instead of simply forcing my characters to resolve the plot by fiat, I have to constantly revise my plotting around the decisions that they make, and try to come up with a way of orchestrating a satisfying and redemptive ending that respects their choices. (If this sounds crazy, I recommend John Fowles’ “The French Lieutentant’s Woman,” where he discusses the author’s relationship to the freedom of his characters. Tolkien also seems to be grappling with the same kind of relationship when he describes the creation of the dwarves by Aulë in the Silmarillion.)

One of the things that I’ve learned in writing this way is that if you are going to provide your creatures with free will, you have to actually let them exercise it. The most difficult moment that I had with this was when one of my characters, in a YA series that I’m working on, decided at the age of 15 that he was going to seduce his art teacher. I was not cool with this. For one thing, I didn’t want to write it. For another, it’s scandalous to my intended audience. And finally, it’s totally unacceptable in my present cultural climate to suggest that a power-imbalanced sexual relationship between a teenager and an adult might be initiated by the teenager.

So I told him “No. You can’t do that.” He insisted that yes he could, and we argued about it for like three days. He won the argument.

He won, essentially, because I realized that once you allow free will into a creation, there is no consistent, rational, or ethical way that you can directly impose your will on a creature who has decided to defy you. You can plead, you can offer moral arguments, you can give them alternatives, you can try to warn them, but if they’ve made up their minds to do something the one thing that you absolutely cannot do is use your authorial power to just stop them from doing it.

Firstly, because there is nowhere that you can reasonably draw a line. One of my character’s arguments was that it was hypocritical of me to interfere with him, and yet allow other characters to make morally bad decisions. Once you decide to directly interfere with the moral choices of your creatures, to prevent certain types of evil because they are beyond the pale, you are then faced with the question of why you are then allowing the next most grevious type of evil to exist in your world. No matter how much you scale it back, the problem of evil does not go away – not unless you scale it back to the point where your world no longer includes moral freedom.

More importantly, though, there’s the question of how you are going to actually prevent whatever evil you are preventing. There are two possibilities. The first is to directly interfere with the interior life of your character. The second is to remove the means of carrying out whatever evil they intend.

Possibility number one is massively problematic because it basically amounts to a form of ontological violence. What you have to do is step in after your character has already made a free choice, roll back the clock, suppress their free will, and force them to make a different choice instead. This introduces a cleavage between the personality of the character as it has actually developed, and their actions (including their thoughts and desires) as they exist within the medium. No personality could possibly sustain very many blows like that and retain its integrity – possibly even a single incidence of that kind of violence would be enough to destroy the personality completely.

In any case, if you directly alter the thoughts, intentions, desires and psychology of your creature so that they will behave the way that you want them to behave, then they have no free will. They might retain the illusion of freedom, but in actual fact you’ve reverted to the kind of storytelling where the characters are automata that act out a plot.

Which leaves possibility number two: if the character intends evil, put up roadblocks. They’re planning to commit a murder? The victim just happens to be out shopping. The gun jams. A heavy beam falls on the would-be killer’s head and they end up unconscious in the emergency ward with amnesia, so they forget that they were even going to kill someone in the first place. Take away the means, and the evil never happens. Simple.

So here, the problem is that free will is not actually a good unless there is a way of exercising it. If you have forbidden fruit, but you hang it from a branch that is so high up in the tree that it’s impossible to get to, then you create a situation where it’s possible to desire evil but not possible to attain it.

Yet the process of actually choosing evil, seeing its effects, coming to realize that actually it wasn’t as good as we thought it would be, feeling remorse, deciding to repent, and then amending our lives – that process is how we grow as moral beings. If you’ve introduced free will, it behooves you to also introduce a means by which an evil will may be healed. The suffering associated with evil is, in this sense, medicinal – it’s the means by which we come to understand the nature of evil, and the means by which our desire for it may be reformed.

To simply create a state of continually frustrated evil desire is functionally to condemn your creatures to hell. The Greeks used precisely this image – the image of a man who is constantly inflamed with desires only to have the means of satisfying them withdrawn the moment he reaches for it – as one of the torments which afflict the damned.

From the point of view of a creator, if you introduce free will into your world you have a positive moral obligation to allow your creatures to actually use it. This means that your ability to influence the choices of your people becomes contingent on their willingness to co-operate with you.

This means that they can choose to lie. Even to lie about the degree to which they are doing your will. To lie and say that you have commanded evil. To twist your commandments and your words to fit their own agendas. To usurp your authority in order to gain power over others.

God has given us free will. That includes the freedom to break the second commandment. He does not stop or prevent this because to do so would involve a greater atrocity: a blow struck at the foundations of our autonomy and of our nature as human beings. We are not puppets, but persons, and the fact that we can choose evil, even evil in God’s name, is a necessary condition of our freedom. 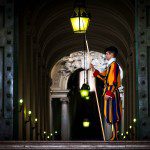 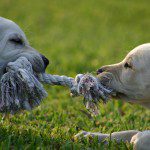 November 16, 2016 Mad Makes Right
Recent Comments
0 | Leave a Comment
"You took six months to come up with that response, and you didn't even bother ..."
Raging Bee A Biblical Account of Toxic Femininity
"Another great AD HOM example!!! You're on a roll!"
dudester4 A Biblical Account of Toxic Femininity
"> Unless I am convinced by the testimony of the Scriptures or by clear reason ..."
mcepl How Many Theologians Does it Take ..."
"I wish I had some advice or insights. I also was surprised to find Catholics ..."
mukker The Lord Has Worked Marvels For ..."
Browse Our Archives
get the latest from
Catholic
Sign up for our newsletter
POPULAR AT PATHEOS Catholic
1

Damien of Molokai, Patron Saint of...
Femina Ferox
Books by This Author Books by Melinda Selmys