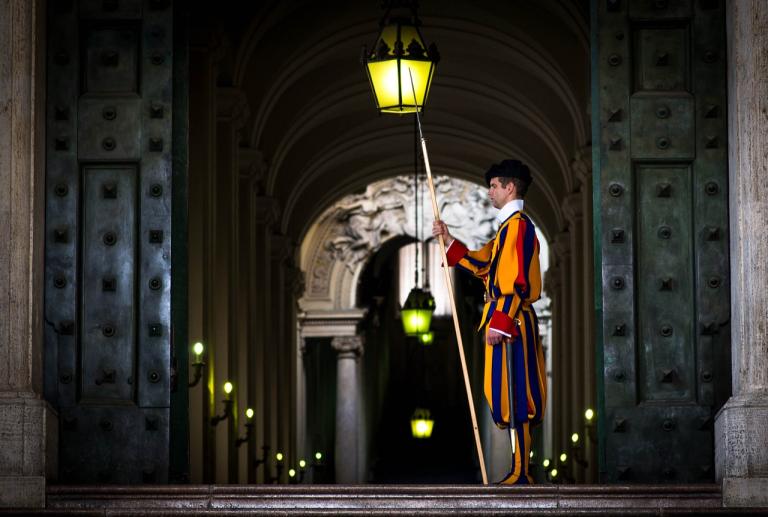 Last May, the publication of Laudato Si stirred up a scandal that I’ve been wrestling with ever since.
From the time that I converted to Catholicism, about fifteen years ago now, I constantly heard Catholics who identified as “faithful” and “orthodox” sneer at “liberal,” “heterodox” Catholics – usually because the latter took exception to Humanae Vitae. The party line was very simple: Papal documents are an infallible expression of the teaching of the Church, and if you don’t accept the teaching, you reject the Church. Plain and simple.

Then, a Papal encyclical was published saying that we need environmental protections, that climate change due to fossil fuel use is a real problem, and that you shouldn’t run your air-conditioning too much. Suddenly, conservative publications that had, for years, been calling dissenting liberals “cafeteria Catholics,” were publishing articles on justified dissent. Papal encyclicals were no longer infallible. They were no longer literally true, word for word. They were no longer completely binding. Nuanced and conscientious dissent was not only permissible but almost obligatory.
The simple solution to this would be to just roll my eyes, mutter “hypocrites,” and get on with my life. That’s what other Catholics who basically accept both Humanae Vitae and Laudato Si have done, and it’s a very sensible thing to do. But for me, it wasn’t that simple.
At the time, I happened to be listening to a series of lectures about the Protestant Reformation. Every so often, the lecturer would make a claim about what the Church had done or said, how the Popes had acted, what they had written. A lot of the claims seemed scandalous, and having been raised as a young convert on a diet of Catholic apologetics, I still retained the vestiges of a defensive skepticism concerning secular criticisms of the Church.

So I went back and read primary source documents – Papal bulls, encyclicals, that sort of thing. What I discovered, to my initial horror, was that the lecturer was not making spurious claims. He wasn’t an atheist with an anti-Catholic axe to grind. He was just an historian.
Reading the documents there was no way of getting around the fact that, taken literally, they say many things that are severely problematic. In Exsurge Domine, for example, Pope Leo X describes “the expulsion and extermination of all heretics from Germany” as commendable, and condemns as heresy the claim that the burning of heretics is against the will of the spirit (cf. Art. 33).
This would seem to be more or less completely incompatible with modern Church teaching, which offers natural law arguments in favour of religious freedom (cf. CCC 2104) and sees the eradication of the death penalty as desirable (cf. Evangelium Vitae, para. 56).

The standard Catholic apologetics approach to such problems is to argue that there are possible ways to interpret both the modern documents and the older ones so that they do not directly contradict each other – and this is true enough provided you’re willing to come to the conclusion that sometimes it is okay for the state to execute heretics in order to maintain the social order. However, that’s not a conclusion that most Catholics want to come to. Including the contemporary Popes.
John Paul II himself suggests that recourse to the death penalty, even as it is practiced in scripture, is the result of imperfection: “Of course we must recognize that in the Old Testament this sense of the value of life, though already quite marked, does not yet reach the refinement found in the Sermon on the Mount. This is apparent in some aspects of the current penal legislation, which provided for severe forms of corporal punishment and even the death penalty. But the overall message, which the New Testament will bring to perfection, is a forceful appeal for respect for the inviolability of physical life and the integrity of the person.” (Evangelium Vitae, para 40)

The Catholic apologist who tries to reconcile the literal sense of what John Paul II said in 1995 with the literal sense of what Leo X said in 1520 has to rely on a very tricky kind of sleight of word. It’s basically one of those magic tricks that looks really slick from one, very specific angle. Which is why it’s convincing only to a certain type of Catholic who is positioned, ideologically, in the precise position of the intended audience.
(The other argument that gets forwarded is that the Church isn’t responsible because She never executed heretics, only turned them over to the state to execute them. Which is basically like arguing that the Temple authorities aren’t responsible for Christ’s execution, because the Romans were the ones who actually carried it out. Basically, it’s a disgraceful exercise in hand-washing.)
So what are we to conclude? Am I saying that dissent is right, and the Church is wrong? Must the whole edifice of ecclesiastic truth come tumbling down?
No.
It just means that American Catholics have to stop reading Vatican documents the way that fundamentalist Protestants read Scripture. As Catholics, we understand that even Holy Writ has a context, that truth emerges through living processes of growth and not through a stagnant dedication to a dead letter. In the passage from Evangelium Vitae that I quoted above, for example, John Paul II talks about a refinement of teaching that takes place between the Mosaic Law and the New Testament.

The introduction of the Gospel of Life is gradual because only gradually are God’s people able to accept it. They start off as a bunch of ruffians who think it’s super cool when Samson kills “heaps upon heaps with the jawbone of an ass” or when David brings home a mountain of Philistine foreskins. Getting from there to “love your enemy…turn the other cheek” is a very long process – one which is still not complete.
If this is true of Scripture, which we know is inspired by the Holy Spirit, then it’s reasonable to think that it’s also true of Vatican documents. Really, Church teaching makes a lot more sense if you read it contextually, historically, as part of a process of growth towards truth rather than taking specific documents as absolute, literal and immutable.
Indeed, a fundamentalist-style reading of Vatican documents is only even possible if you do what fundamentalist Protestants do with the Bible: camp out on a few specific documents or passages to the exclusion of the rest.
And of course this is exactly what we too-often see in American Catholicism. Humanae Vitae, Evangelium Vitae, even the CDF’s letter On the Pastoral Care of the Homosexual Person, those are all absolutely infallible documents which the faithful must believe word for word or they are not truly Catholic. Laudato Si, Populorum Progressio, and The Compendium of the Social Doctrine of the Church… well, parts those can be safely ignored or nuanced away.

The problem is, you can get along fine with document-camping provided you don’t look too carefully at the past. But what happens if you have an overly zealous understanding of the Church’s infallibility, and you are confronted with the fact that doctrine sometimes changes radically – so radically, in some cases, that there is a functional reversal in how the doctrine is understood by both the hierarchy and the faithful?
Well, that’s when you either join the SSPX, or leave the Church and become a Protestant. Because you can’t actually import a fundamentalist style of hermeneutics into your relationship with the living Magisterium of the Church. They’re not compatible. One demands actual obedience to a Mother who leads Her children, slowly, at a pace that we can handle, into the fullness of truth. It demands a willingness to be led into the mystery, like a trusting child, even when progress sometimes means departing from comfortable paths or venturing through the night.
This kind of obedience deprives us of the pride of being able to imagine that truth is something that we possess, a Law that we can use to damn the world while keeping ourselves aloof in our righteousness. It forces us to accept correction as a normal part of life that continues until death. It prevents us from turning the teaching of the Church into a private ideology where our pet issues are enshrined as Truth, and our errors are unassailable. 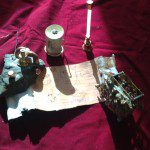 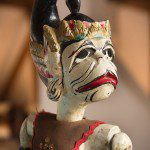 November 15, 2016 Wayward Creatures
Recent Comments
0 | Leave a Comment
"Miss talking to you and have thought often of you and the children, I am ..."
Patricia Lee Crossing the Rubicon: Why I Will ..."
"COVID-19 has changed my point of view on this.I'm not willing to divorce an abusive ..."
Theodore Seeber Enabling Abusers: On Divorce and Remarriage
"Completely agree. Yes, inconsistency of the position of those Catholics (and I don’t dare to ..."
mcepl A Painfully Familiar Reason for Using ..."
"The hair-splitting comes when sex at naturally infertile times of the month is then considered ..."
Carl Antuar A Painfully Familiar Reason for Using ..."
Browse Our Archives
get the latest from
Catholic
Sign up for our newsletter
POPULAR AT PATHEOS Catholic
1

Whose June Is It?
Mudblood Catholic
Books by This Author Books by Melinda Selmys