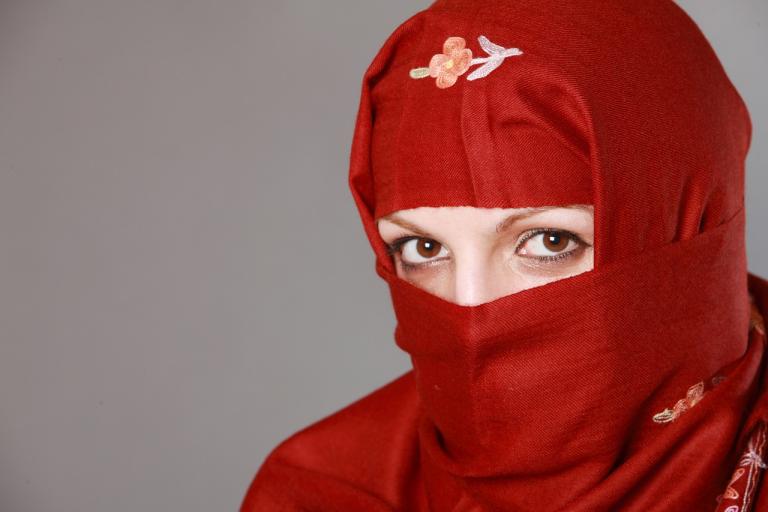 Rebecca Bratten Weiss has recently written a post about modesty culture. This is an area of Catholic morality that I’ve thought about a lot over the years. Partly because I’m a mother with daughters. Partly because I’m a woman who tends to wear male clothes and hang out with guys in male-dominated spaces – which means that I have more access (and more sympathetic access) to male perspectives than the majority of feminist women.

The first thing that I want to note is that there’s a troubling tendency for feminist analysis of modesty culture to simply deny the male experience altogether. Many feminists will either say that males’ reported experience of their own sexual responses is either a) false, or b) wrong/ridiculous/disgusting/etc. Ladies, this is gaslighting. It asserts the right of women to define and control the emotional experience of men, and to tell men that they are wrong about their experience if it doesn’t conform to feminist narratives. So we need to not do this.

Male experiences with their own sexuality do need to be taken seriously, and they need to be taken into account when we’re talking about modesty. But that doesn’t mean that men’s emotions entitle them to control female behaviour. Consider the difference between these two statements:

Person A takes responsibility for his own behaviour and his own interior states, but recognizes that there are ways that other people might be able to help him avoid disordered emotions. He asks for help politely. Person B, on the other hand, blames others for his interior states and demands the ability to exercise control over their behaviour as a means of regulating his emotions. The former recognizes that his emotions might not be the only factor (or indeed the most important factor) guiding other people’s decisions and recognizes that his request may legitimately be denied. The latter believes that his feelings trump every other consideration, and that they give him the right to dominate others.

There’s very little discussion of the ways in which women can practice modesty as a virtue that comes from within, rather than as a set of behavioural expectations that come from without – and what discussion there is, is almost invariably actually just a really transparent cover for smuggling male-centred behavioural expectations into an alleged discourse on female self-respect.

Modesty is not primarily about self-respect. It’s not really even about chastity. It’s a form of charity that we engage in out of respect for the feelings of others. Probably the things that it’s most similar to are virtues like politeness, agreeableness, and affability: the “little ways” of kindness and consideration that make society generally nicer for everyone.

The choice to dress modestly is, in actuality, a choice to choose your clothes with other people’s happiness and equilibrium in mind. The thing is, as soon as you think about it this way you realize that it’s ridiculous for the discourse to focus obsessively on yoga pants and plunging necklines. There are a lot of ways that people of both sexes can dress that have the effect of potentially making other people uncomfortable.

For example, if a man chooses to dress in a macho way that really visibly shows off his virility and strength, there are a lot of contexts where this will make women uncomfortable. It’s not so much that we are suddenly overpowered by feelings of lust (or at least, I’ve never heard a woman complain about that), but rather that many women feel threatened and unsafe if they encounter a man who is dressed that way coming down a dark street at night.

Or, to give another example, in my local parish when the kids do their first communion the parish gives every child a white robe that they can put on over their clothes. The reason they do this is that our parish has a very wide range of demographics, including kids who come from very wealthy families and kids who come from very poor families. By putting everyone in the same robe for the actual ceremony, they hope to prevent little girls from feeling jealous or ashamed if their parents can’t afford a miniature wedding dress.

I could go on multiplying examples, but I think you probably get the point. Clothing is not just something that we wear in order to feel good, attractive, or comfortable for ourselves. It’s also part of the way that we communicate with other people around us. If the things that we communicate with our clothes are aggressive, or boastful, contemptuous, or, yes, sexually suggestive, that’s going to influence other people.

So if we’re trying to be considerate we should take into account the probable impact of the ways that we choose to dress, or the contexts in which we choose to be relatively undressed. Obviously, this is going to be highly contextual. Wearing your best finery to the wedding of a wealthy friend would be appropriate and respectful, but if you were going to the wedding of someone who was very poor, you’d want to make sure you dressed modestly to avoid upstaging the bride.

There is a flip-side to this, however, which is that we all have to accept that sometimes we are going to be confronted with people who are dressed in ways that make us feel uncomfortable in one way or another. A guy who has just been to a biker’s convention might have to go and pick his daughter up from school before he has a chance to get changed. Maybe he’ll scare some of the little kids, maybe some of the other parents will feel threatened, but that’s life. You deal. A woman who is wearing tight yoga pants might show up to Mass in them because her baby decided to poop himself explosively, twice, in close succession, during the time that she had scheduled for getting herself dressed. These things happen. It’s no excuse for glaring self-righteously at her ass.

Finally, we have to realize that our feelings, although important, are sometimes just unreasonable. When I get dressed in the morning I don’t have time to think about all of the different possible groups of people that I might potentially offend with my clothing. Nobody does. Nor is it possible to put on clothes that will definitely avoid offending every single possible sensibility out there. Maybe I will encounter a Muslim man who has never really gotten comfortable around women with their heads uncovered. Maybe I’ll encounter a wealthy woman who is tempted to feel proud and contemptuous every time she sees a person wearing unfashionable clothes. Maybe I’ll encounter someone who thinks that my Iron Maiden t-shirt is a Satanic portal through which evil is pouring out into the world. Who knows.

Ultimately, dressing modestly means making a decision to balance my need to feel comfortable and my right to express myself against the reasonable needs of others. I get to make that determination: nobody has the right to make it for me. And finally, if I’m tired, or I’m in a hurry, or I haven’t done my laundry yet this week, or if any of a thousand and one more important things in my life prevent me from thinking too hard about it, that’s okay. It’s just clothes. 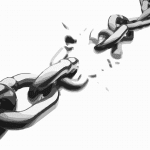 December 1, 2016
Tradition Unbound: How the Pope Changed The Church's Theology of Marriage
Next Post 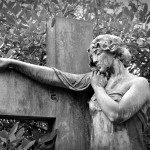 December 5, 2016 Tradition Unbound - Part II
Recent Comments
0 | Leave a Comment
"I’m shocked by the line about “if she *or* her parents consent”, and honestly wondering ..."
MorganHunter A Painfully Familiar Reason for Using ..."
"I'm not assuming either way, but what if it turned out that they did agree ..."
Makishima Are Women Being Denied the Truth ..."
"The most traditionalist people I've met quote female saints constantly, and reproach Popes, priests and ..."
Ginger An Open Letter to the Young ..."
"I am one of those atheists who don’t care what anyone believes, but care very ..."
BensNewLogin Crossing the Rubicon: Why I Will ..."
Browse Our Archives
get the latest from
Catholic
Sign up for our newsletter
POPULAR AT PATHEOS Catholic
1

Cancel Culture? Or Actions and Consequences?
On the Catholic Beat
Books by This Author Books by Melinda Selmys