A Cure For What Fails Ya: The Legacy of Sexual Orientation Change Therapies 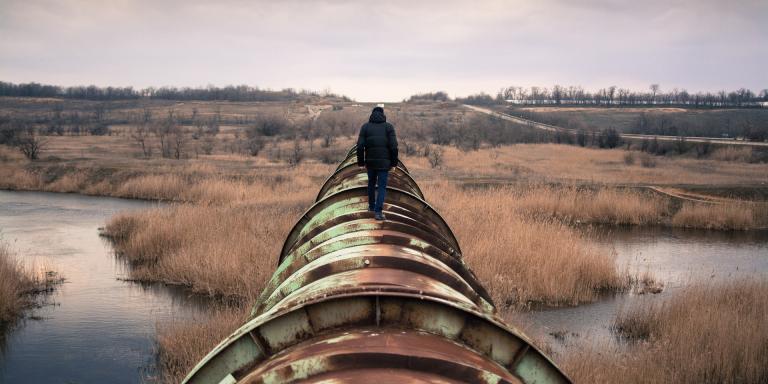 With the recent death of Dr. Joseph Nicolosi, Catholic media has seen a small wave of affectionate nostalgia for the good old days when people believed that homosexuality could be cured by psychotherapy.

I don’t want to talk much about Nicolosi himself: as I understand it, his death was fairly sudden and I’m sure his friends and family are still grieving his loss. Suffice it to say he’s had a lot of haters, and there are reasons for that. At the same time, I have several friends who were clients of his who found him to be a compassionate and loving man and who derived real benefit from being in therapy with him.

What I do not know of is anyone who experienced orientation change as a result of reparative therapy.

So, let’s start with some background for those of you who see SSA, NARTH and SOCE as random jumbles of letters.

The Rise and Fall of the Ex-Gay Movement

A little over a century ago, the nascent science of psychology took an interest in the origin of same-sex desire. Up until that point homosexual sex was seen as a vice to which a person might be habituated for any number of reasons. Psychologists, however, construed it as a mental disorder which had roots in early childhood development. Both the notion of a sexual orientation itself, and the idea that sexual orientation could be altered by treating childhood trauma, originally derived from this foundational supposition.

For several decades in the early to mid twentieth century, homosexuality was routinely treated as a form of psychological disturbance. The attempted treatments ranged from simply ineffectual to downright disturbing: castration, electro-shock therapy and other forms of aversion therapy were among the methods tried. Most of these treatments were attempted on prison populations (homosexuality was a criminal offense at the time), and those who achieved success with the methods were often promised early release. Not surprisingly, the methods were pretty effective…in getting gay inmates to self-report that they were cured.

In spite of the self-evident limitations of such research, it produced a body of evidence that seemed to substantiate the idea that homosexuality was treatable. It was just a matter of finding the best and most effective treatments.

Now, two things happened that precipitated the decline and fall of mainstream clinical interventions to cure homosexuality. The first was the collapse of sodomy laws. In many jurisdictions, laws criminalizing homosexual behaviour were struck down – and in those where they remained on the books they were increasingly unenforced. This meant that there was no longer a population of research subjects who could be coerced into tolerating bizarre treatments with the threat of carceral punishment. The second was an increasingly widespread awareness of, and objection to, the use of violent methodologies to treat mental illness.

At this point, mainstream approaches to the treatment of homosexuality became restricted to “talking cures” used on populations who voluntarily sought therapy. Without the pressure for subjects to report false cures, the weight of empirical data began to shift: studies showed less dramatic rates of success, and some therapists doubted that there were any successes at all. These new trends in the research, coupled with changing social mores and pressure from gay-rights organizations, caused the APA to remove homosexuality from the Diagnostic Standards Manual in 1973. Being gay was no longer seen as a mental illness.

Except in Christian circles.

As mainstream psychology abandoned the psychotherapeutic treatment of homosexuality, Christian organizations took it up. By the seventies the gay-rights movement had enough influence to be able to effectively disarm coercive secular institutions that had previously been brought to bear on the sex-lives of lesbians and gays. At the same time, the rising visibility of LGB populations created a demand for a pastoral response from the churches.

Many of these churches saw the removal of homosexuality from the DSM as a capitulation to the gay-rights movement and the larger sexual revolution. Christian media stridently defended the thesis that homosexuality is a psychological disorder and that it can be treated, and ministries began to pop up offering treatment, support and hope for change to Christians afflicted with this disorder. Love in Action, the precursor of Exodus International, opened in ’73 – the same year as the APA vote.

As was the case with earlier secular psychotherapy, Christian interventions also ranged from merely ineffectual to cruel and bizarre. Most organizations offered support and healing through prayer and accountability. Some, particularly camps which promised to cure LGB youth, used abusive methodologies (a few years ago, I actually talked with a man who was subjected to electric shocks as a teen in one of these “ministries.” I won’t call it “electric shock therapy,” because the people administering the shocks were not licensed therapists, and the proper name for procedures where a person deliberately and repeatedly inflicts pain on another in order to secure compliance is “torture.”)

A more pervasive problem with these ministries was their susceptibility to scandal. The coming-out revolution of the eighties and early nineties shook traditional Christian churches, and as the political fight over gay-rights intensified there became an increasing demand for successfully treated ex-gay speakers to share their testimony. Ex-gays testified both to the wider culture, and also to legal bodies as the claim that homosexuality could be cured became a centrepiece of conservative arguments against LGBTQ protections.

The problem was that most of the people who went on tour were not actually “cured.” Again and again, ex-gay celebrities were either caught in compromising situations, or they reversed their own claims. More scandalously, a lot of the people offering sexual orientation change therapies were themselves gay men who were supposedly now straight…and a lot of the therapies involved questionable practices: cuddling, nudity, extensive discussion of explicit sexual fantasies. That sort of thing. Several therapists were actually caught masturbating or having sex with clients (including minors) and one famously took a male prostitute with him on vacation to “carry his luggage.”

Because there was limited oversight, no regulation, and very little accountability within the sexual-orientation-change industry, therapists who took sexual advantage of their clients were often able to simply pick up, move to a different location, and start all over again.

In some cases, even after scandals came to light, Christian media and ministries continued to promote men who had been caught with their pants down. Nor was this a specifically Protestant phenomenon, as some Catholic commentators would like to think: Fr. Harvey, the founder of Courage, continued to refer positively to Colin Cook’s work even after it was known that Cook was having sex with adolescent clients; Courage’s web-site continued to endorse Journey Into Manhood even after it came out in the JONAH trials that the Journey Beyond retreats for JIM’s leadership involved nude romps in the woods.

In 2012, Alan Chambers, who was at that time the leader of Exodus International, told that attendees at the annual conference of the Gay Christian Network that “The majority of people that I have met, and I would say the majority meaning 99.9% of them have not experienced a change in their orientation.” Chamber’s admission rocked the ex-gay world. Up until that point, the party line within most Christian ministries had been “change is possible.” Chambers himself had pushed orientation-change narratives, and his admission that the propaganda surrounding orientation change had been severely dishonest was basically the ex-gay movement’s 410. 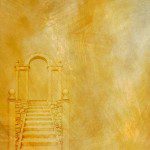 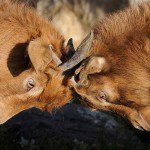