Are Women Being Denied the Truth About NFP?

Are Women Being Denied the Truth About NFP? May 4, 2017 Melinda Selmys 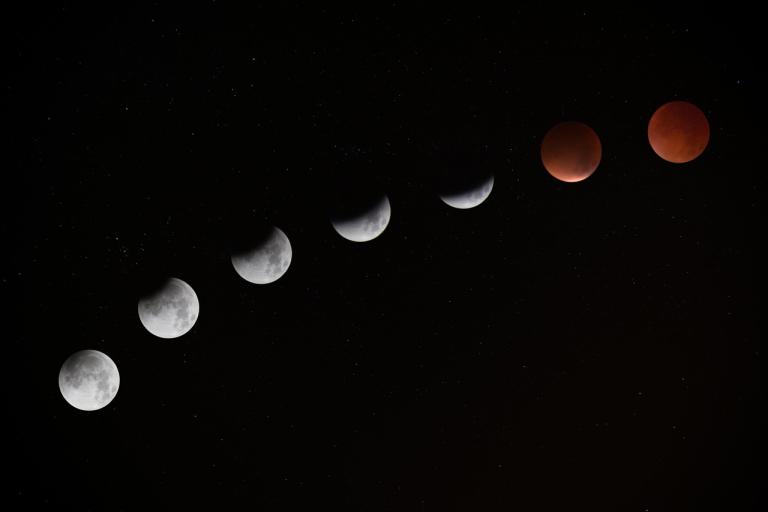 Jane the Actuary has recently posted on the problem of young people receiving inaccurate information about the reliability of natural family planning methods. Basically, if you look at a chart on your OB/Gyn’s wall or your secular sex-ed curriculum, you’ll find that NFP is almost invariably reported as having basically no efficacy whatsoever – failure rates tend to be cited at around 25% – and most health care professionals behave as though it’s basically equivalent to reading tea-leaves or poking around in the guts of a sheep to figure out whether it is a propitious time to avoid conception.

The weird thing here is that the basic methodologies used in most methods of natural family planning are exactly the same as the basic methodologies that are considered quite credible in the treatment of infertility. If you want to get pregnant, almost any doctor will agree that you should try to pin-point when you are fertile and have sex during the fertile window. To do this, you do things like observe and record your vaginal secretions, take your basal body temperature every morning at the same time, and pee on ovulation test strips to figure out when you are fertile.
So why is the idea that you can do the reverse – observe your fertility, and avoid having sex when you are fertile if you want to not get pregnant – treated as if it’s a superstitious and unreliable practice?
I think the answer to this is basically because it’s a political question, not a medical one. Obviously there’s the fact that birth control is big business: there’s a lot more money in hormonal contraceptives than there is in NFP (especially now that you can download good fertility tracker apps for free). But that’s clearly not the whole story: the lower-cost IUDs run about the same amount that it would cost for couples to receive NFP training and support if it were being offered as a medical, rather than a religious, service. If medical clinics wanted to go into the NFP business, there would be plenty of money to be made on fertility monitors, OPKs, progesterone test strips, charting software, and clinical support.
The second problem, and I suspect the more crucial one, is that NFP is promoted almost entirely as a religious enterprise. This places it within the scorched no-man’s land of the Culture Wars, and it means that it’s almost entirely impossible to actually get reliable information about how effective it is, how to increase its effectiveness, and who it is effective for.
Those who are against it see it as a deliberate challenge to modern, effective birth control – basically a means of controlling people’s sexuality through religious guilt and of making sure that women are kept barefoot and pregnant in the kitchen.
Those who are for it tend to insist that it is the greatest thing that ever happened to women, that it is beautiful, and freeing, and that it will work perfectly for every woman in every situation (but if it doesn’t then it’s your fault), and that it is a natural use of our God-given sexual faculty. It’s just as effective as the Pill but also it will make you holy and build your marriage and empower you to know and love your body every day.
When you read the propaganda, it’s really not that hard to understand why secular authorities are suspicious. It sounds like snake-oil. It looks like snake-oil. It smells like snake-oil. You know…probably it’s snake-oil.

And the lack of honesty in NFP reporting is a big part of the problem.

If you read the secular literature on NFP, you’ll often find studies that are problematic because they include couples who have had no significant NFP training or who are using an obsolesced method. The goal of these studies is to determine whether NFP is succeeding on the ground (usually in developing countries), and to investigate why it is failing. But the rates of failure are often reported by secular sources as though they were representative of modern NFP methods used by couples who have access to proper training and support.
If you read the Catholic literature, you’ll find studies that are equally problematic because they systematically exclude data from women who are postpartum, women who have irregular cycles, and women who have difficulty charting. A success rate comparable with the Pill is achieved by including only ideal test subjects in the data pool. But whereas medical professionals will tell you upfront if a particular method of birth control is unlikely to work for you, NFP promoters usually behave as though the same statistic would apply equally to all women – including those who were not studied because the study designers knew that they were poor candidates for the method.
Promoters of NFP also often go to great lengths to dismiss the idea that it’s important to distinguish between perfect use and actual use when reporting on the effectiveness of family planning methods. The reason for this is simple: NFP doesn’t look nearly as good when you take into account the fact that it is much, much easier for an NFP user to make a mistake in charting than it is for a doctor to improperly implant an IUD. In order to get around the fact that NFP suffers from a substantially greater disparity between perfect use and actual use when compared with most other methods of contraception, promoters tend to resort to blame tactics, putting the onus for failure on the couple.

Finally, most studies that find high rates of success with NFP do not assume that couples are practicing complete abstinence during the fertile period – but most Catholic NFP literature implies that they are. Studies of NFP users suggest that actually the overwhelming majority include solo and/or mutual masturbation, oral sex, or other forms of non-vaginal sexual intimacy in their definition of “abstinence.” Although we don’t have study data, anecdotal evidence strongly suggests that one of the primary causes of NFP failure among Catholic couples is risk-taking due to sexual frustration, especially in cases where abstinence is prolonged beyond the promised 7-10 days. It seems at least somewhat problematic to treat studies where the method being used by the majority of participants is periodic recourse to blow-jobs as if they are studies of periodic abstinence from all genital contact.

Now, all of this having been said, I believe that NFP could actually be very good for women. Hormonal methods are notorious for having negative side-effects. For decades, women have been told that mental health problems related to Pill use are largely factitious – in spite of the fact that they are widely reported and in spite of the fact that there are sound reasons why pumping women full of artificial hormones might do wonky things to our brain chemistry. We are now starting to see a little more serious attention paid to women’s complaints about hormonal contraception, but from what I’ve seen the attitude within the medical community is still mostly dismissive.

IUDs are known to cause serious complications, ranging from severe pain and cramping to perforated uteri. Condoms are generally rejected by stable couples as long-term birth control because they aren’t really that effective, and also they impede intimacy and pleasure (yes, there are numerous studies that show that actually condoms are really sexy and you hardly even notice that they’re there. I won’t even go into why those are methodologically laughable, and also bizarrely ineffectual because they seem to assume that people who are using condoms will think “Well, I know that this feels like making love to a Ziploc bag…but the study says that it’s just as good as bare skin. So my experience must be wrong…”)
NFP allows women an option that allows full, unimpeded intimacy at least some of the time and doesn’t have any serious side-effects. It almost certainly offers a reasonable rate of pregnancy prevention for most women. If there were secular resources in place where couples could receive reliable instruction and access to testing equipment and support without the cotton-candy religious trappings, or the blame-the-customer and never call a failure a failure antics; if women could expect to receive honest information about whether NFP was right for their personal situation, and couples could be confident that they would not be shamed for going down on each other during the fertile period, it would probably be a lot more popular. And if it were more popular, I sincerely believe that we would see an improvement in women’s mental and physical health, and probably also an improvement in the treatment of hormonal imbalances, cyclical irregularities and other reproductive health problems that are currently band-aided over by simply stalling women’s cycles using the Pill.
But in order to get there, we would need an NFP culture that is much more honest and realistic, and much less ideologically trenchant, than the one that actually exists. We would need studies that help us understand how well these methods actually work for women who do have irregular cycles, and for women in the postpartum period. We would need to be upfront about the limitations of the methods, and truthful about situations where women are unlikely to have success. And we would need a willingness to allow the methods to be as effective as they actually are, rather than pretending that they have all the advantages of artificial methods, and none of the drawbacks. 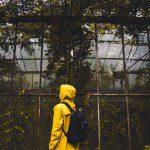 May 4, 2017
Benedict Option: Do We Need A Catholic Bubble in the Universal Church?
Next Post 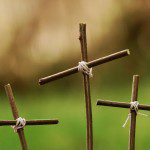 May 5, 2017 Is American Christianity an Ideology or a Culture?
Recent Comments
0 | Leave a Comment
"I’m shocked by the line about “if she *or* her parents consent”, and honestly wondering ..."
MorganHunter A Painfully Familiar Reason for Using ..."
"I'm not assuming either way, but what if it turned out that they did agree ..."
Makishima Are Women Being Denied the Truth ..."
"The most traditionalist people I've met quote female saints constantly, and reproach Popes, priests and ..."
Ginger An Open Letter to the Young ..."
"I am one of those atheists who don’t care what anyone believes, but care very ..."
BensNewLogin Crossing the Rubicon: Why I Will ..."
Browse Our Archives
get the latest from
Catholic
Sign up for our newsletter
POPULAR AT PATHEOS Catholic
1