Crisis of Faith Part II: Off Key and Out of Tune

Crisis of Faith Part II: Off Key and Out of Tune August 1, 2017 Melinda Selmys 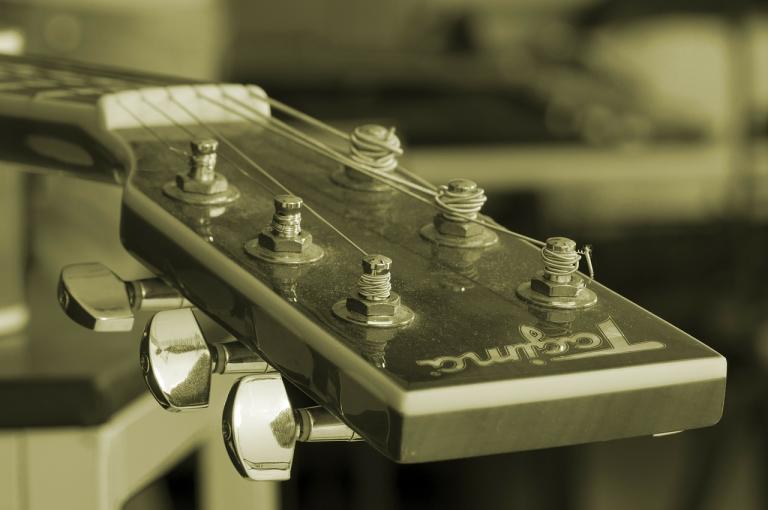 So I tweeted recently that I have semi-resolved my crisis and I’m staying Catholic, at least for now. I want to talk a little about how I see this, why I’m remaining in the Church, and what my current relationship with my faith is.

Basically, I was leaning heavily towards staying from pretty early on in the crisis. The decision was made more or less finally last Sunday when I went to Mass. My parish is a small community in a very large old church: one of those rural churches where it’s clear that in the past there were a lot more parishioners and a lot more money. The building is beautiful. Stone. Stained glass. Granite pillars. It’s really a lovely place to worship.

Anyway, I’m in the choir. Our choir basically consists of a music director, a guy who plays the guitar and has a really beautiful voice, backed up by three to four women, most of whom look like they’ve probably been singing there since the church was built. Then there’s me and my eight year old daughter. I’m pretty sure we’re the only people in the choir under the age of 50.

We don’t ever have practices, we often don’t know what we’re going to be singing until 30 seconds before we start singing it, and if you’ve ever been in a rural parish like mine you can probably guess at what we sound like.

This week we were particularly terrible because several of the selections were from the more modern hymnal, and nobody except for the music director knew them. I muddled through, sight-reading as well as I could, and in spite of the fact that my ability to read music is borderline non-existent the lady singing next to me was impressed by the fact that I could read it at all.

Our music director had neglected to write down the numbers of the hymns on the little white-board, so each time we had to sing there were whispers passing back through the ranks, rumours of hymn-numbers. “No, no. One-six-four, not one-o-four,” “Red book, not blue…” that sort of thing. It was a small miracle if we all managed to get near to the microphone with the right book opened to the right page before we were halfway through the first verse.

But here’s the thing. We talked, laughed, smiled and related to one another more this week than we have any other week since I joined the choir. Sure, we probably sounded terrible, but there was a kind of solidarity in being muddled, off-key, out-of-time.

And more to the point, it didn’t matter. The Mass was offered. The beautiful central mystery of the Catholic faith, the Eucharist, played out the same way as it does every Sunday. That profound revelation of a God united to humanity, and a humanity united together such that, in some crazy way, we get to share in His divinity happened. The immanent and the transcendent met, kissed, and became one. All of our rather comical little efforts, “fruit of the vine and work of human hands” were somehow transformed into the “bread of life.”

And then we were blessed, and sent out into the world to preach the gospel, and we butchered the closing hymn and went home happy.

So, what does this have to do with overcoming a crisis of faith?

Well, basically I’m not the type of personality who deals well with pat truths that are known for certain and must never be challenged, questioned or changed. I am extremely skeptical of systems which claim absolute authority. Rigid systems of truth make me feel very anxious and wound-up, and I feel a strong compulsion to go around testing them to find the chinks, the weak-spots, the shaky foundations, the pillars that look sound but are actually an architectural disaster waiting to happen. I don’t really feel safe with reassurances of infallibility or inerrancy because, to me, these signal that if a competent engineer shows up and points out a potentially fatal structural error the owners of the building will stubbornly refuse to fix it until the roof collapses.

When we are obsessed with trying to behave perfectly, we don’t really see one another. We become secretly terrified that we’re doing it wrong, and nobody says anything because all of the fears and doubts must, must, must be kept inside and quiet so that the illusion will be maintained. In seeking interior perfection we come to see only ourselves, our own flaws, and our interactions with other people become little more than the projection of those flaws outwards. They may appear as judgments of other people, or conversely as a fear that we are constantly being judged.

And that’s kind of how it is with the Church. If I just calm down and stop worrying about doctrinal perfection and the picky points of the moral law and the ineluctable lacunae swirling at the heart of Catholic teaching, and instead I try to do being a Catholic as well I’m able, then my love for the Church returns.

Now, that doesn’t mean that I intend to be intellectually and morally lazy about this. Truth is truth. But I am, at least for the moment, willing and able to love this crazy, ancient institution that is, in its muddled, imperfect way trying to seek after truth – even if we’re out of key, and out of time, and not necessarily all on the same page. 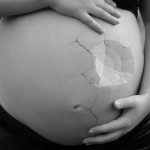 July 28, 2017
A Painfully Familiar Reason for Using NFP
Next Post 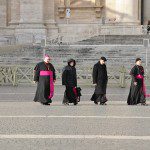 August 5, 2017 How Many Theologians Does it Take To Define Infallibility?
Recent Comments
0 | Leave a Comment
"I am one of those atheists who don’t care what anyone believes, but care very ..."
Ben in Oakland Crossing the Rubicon: Why I Will ..."
"You guys are calling Gnostic views nonsense, while not even naming one of these possible ..."
Justafoolagain Make Women Slaves Again
"Dumbest response ever, baby!!"
Raging Bee A Biblical Account of Toxic Femininity
"You've been waiting for me to reply to you? That's both flattering and creepy/sad. You ..."
Raging Bee A Biblical Account of Toxic Femininity
Browse Our Archives
get the latest from
Catholic
Sign up for our newsletter
POPULAR AT PATHEOS Catholic
1

How To Pray When We Don't...
The Way of the Wildflowers
Books by This Author Books by Melinda Selmys