How Many Theologians Does it Take To Define Infallibility?

How Many Theologians Does it Take To Define Infallibility? August 5, 2017 Melinda Selmys 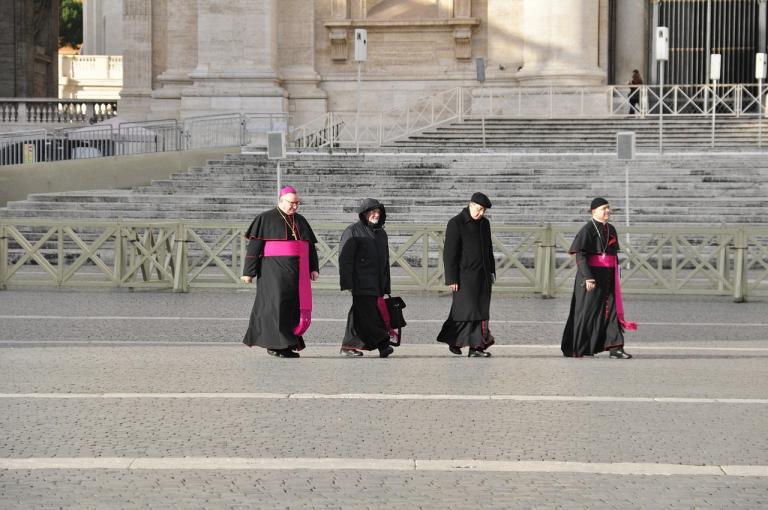 I mentioned earlier that one of the issues I’ve been grappling with is the question of how reliable that teaching authority of the Church is. The central question, obviously, is whether the teaching on Papal infallibility is actually true. This is a crucial issue because if the Pope is not infallible, or if particular teachings that are often considered to be infallible actually are not, then conscientious dissent may in some cases be a moral necessity if one is to maintain fidelity to truth.

Anyway, I’ve been trying to sort this out. To a large extent I think the questions I’m asking have been provoked by the scandal of seeing “pro-life” conservatives react to Pope Francis. I became a Catholic during the John Paul II papacy. Every so often I encountered push-back against JPII from extreme reactionaries within the Church, but in general he was loved by the conservative element. The elevation of Papa Ratzinger to the Papal throne thrilled this contingent, and throughout Benedict XVI’s tenure they were generally consistent in affirming the Magisterial authority of even the most off-the-cuff Papal remarks.

I recall one notable exception when Caritas in Veritate it came out. It was felt, by some educated conservatives, that Benedict was steering into dangerous territory in his commendation of political charity (i.e. charity paid for by taxes) and in his endorsement of international political and economic governance. Suddenly, for the first time in my experience, I saw conservative writers cautioning against a “false” and “overly rigorous” understanding of the doctrine of infallibility.

The election of Pope Francis catapulted this rhetoric into the stratosphere. Suddenly the Pope was not only fallible, but dangerously so. The precise limits placed on Papal infallibility constricted radically. Whereas it was “dissent” to disagree with the most rigorous possible interpretation of Humanae Vitae, disobedient to question the wording in the CDF’s document “On the Pastoral Care of Homosexual Persons,” and a “rejection of John Paul II’s infallible Magisterium” to criticize any aspect of Theology of the Body, it was “prudent” to “discern” which aspects of Laudato Si were authoritative, while Amoris Laetitia could be practically dismissed as a vehicle for heresy.

In other words, the definition of infallibility being used by many of the conservatives who I trusted when first forming my faith turned out to be “the Pope is infallible in so far as he agrees with me.” Clearly such a formulation is not only intellectually bankrupt, but also morally evil in that it turns the Holy Spirit into an ideological billy club.

So I had to go back and figure out what infallibility actually means. To this end, I looked at several relevant documents and asked a number of different Priests and theologians to explain the concept to me. What I found was a confusing and bewildering array of different interpretations. More or less everyone seemed able to agree that the Pope is infallible when speaking ex Cathedra, in concert with the Bishops, on matters of faith and morals. But some people seemed to think that this had only ever happened twice in the history of the Church (with the doctrines of the Assumption and the Immaculate Conception), whereas others extended the franchise of infallibility to a much wider range of teaching. Some suggested the teaching had to be “received” by the faithful in order to be infallible, others were clear that the consent of the faithful was irrelevant.

Worse, the Popes themselves didn’t seem to agree. Older documents seemed to support the wider, more inclusive definitions of infallibility. Pope Benedict was clear that “The pope is not an oracle; he is infallible [only] in very rare situations.” And Pope Francis stated that “all the faithful, considered as a whole, are infallible in matters of belief, and the people display this infallibilitas in credendo, this infallibility in believing, through a supernatural sense of the faith of all the people walking together. This is what I understand today as the ‘thinking with the church’ of which St. Ignatius speaks. When the dialogue among the people and the bishops and the pope goes down this road and is genuine, then it is assisted by the Holy Spirit.”

At some point as I was trying to pick this all apart my husband quipped, “Ask 5 different theologians to define infallibility and you’ll get six different answers.”

The point at which I formally gave up on figuring out what on earth infallibility is even supposed to mean in practice was forty exchanges in to a FaceBook debate between two canon lawyers. Both were clearly much more deeply read on the subject than I will ever be, they were writing lengthy treatises back and forth slinging quotations from canons and documents that I wouldn’t even know how to find if I tried, yet they had substantially different interpretations of what infallibility means and of how the teaching was supposed to work in practice. In a turn of irony, the “liberal” in the debate was the one with a more rigorous interpretation of infallibility, whereas the “conservative” took a more, well, liberal view. (Naturally the inciting incident was a disagreement about one of Pope Francis’ encyclicals.)

Eventually I got to the point where my head was just spinning. I mean, I’m reasonably intelligent, I’m fairly well-read, and I have a large numbers of friends and acquaintances who work as theologians and canon lawyers. Yet I couldn’t find a clear consensus about what the teaching meant, and when it applied.

The problem is, it’s very difficult to evaluate whether a claim of infallibility is, or is not, consistent with reality if you can’t get a clear definition of when infallibility is (and is not) being exercised. My experience has been that if you bring up cases where Popes clearly said things that were either a) wrong, b) deeply problematic, c) caused grave moral evils, or d) contradicted things said by other Popes, you’re told that in those cases the teaching was not actually infallible.

In practice, then, Vatican I’s doctrine of infallibility seems to get conferred on older teachings ex post facto more or less according to how compatible those teachings are with contemporary orthodoxy. Basically, you’re expected to behave as though a teaching is infallible until doctrine “develops” to the point of contradicting itself, at which point elaborate language games are played to show that a 180 degree reversal in practice is somehow consistent with previous teaching in theory.

All of which is a mind-fuck that I have found it increasingly difficult to sustain. Especially when there is a much more credible, much simpler, much more elegant solution that easily fits the facts. 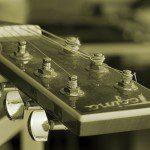 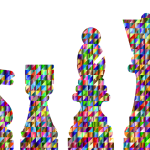 August 7, 2017 Pope to King 4: Infallibility Part II
Recent Comments
0 | Leave a Comment
"Miss talking to you and have thought often of you and the children, I am ..."
Patricia Lee Crossing the Rubicon: Why I Will ..."
"COVID-19 has changed my point of view on this.I'm not willing to divorce an abusive ..."
Theodore Seeber Enabling Abusers: On Divorce and Remarriage
"Completely agree. Yes, inconsistency of the position of those Catholics (and I don’t dare to ..."
mcepl A Painfully Familiar Reason for Using ..."
"The hair-splitting comes when sex at naturally infertile times of the month is then considered ..."
Carl Antuar A Painfully Familiar Reason for Using ..."
Browse Our Archives
get the latest from
Catholic
Sign up for our newsletter
POPULAR AT PATHEOS Catholic
1