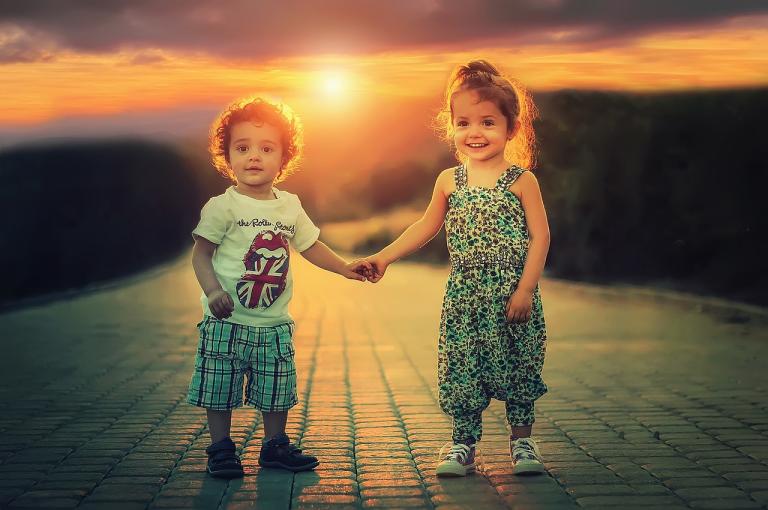 I’ve been promising forever to write a book about NFP. It got massively derailed a couple of months back, basically because I hit major stumbling block: one of my major theses had, up to that point, been that the burdens that Catholic couples are often called upon to bear as a result of the Church’s teaching were justified by a set of larger concerns. Basically, that we were being asked to shoulder a heavy cross because of the magnitude of the issues at stake. The breakdown of the family. The increasing vilification of children as a “burden on the planet.” Widespread abortion. The reality of eugenics, which would have been a very concrete and grave issue for Paul VI and other churchmen of his generation.

The argument, as it ran in my head, was that a strong statement needed to be made because otherwise it would be impossible to take an effective stand against these other problems. Frankly, I’m pretty well able to get my head around the idea that the involuntary sterilization of the disabled, the extermination of the Downs’ community in utero, and the impoverishment and isolation of women and children as a result of “sexual liberation,” are all much greater forms of suffering than struggling with NFP. And so long as I thought these were the issues at stake, I was okay with the idea of being told that I had to take my place on the front lines, and to hold my position for as long as was humanly possible. (I did, as I’ve noted earlier, have serious problems with the fact that the hierarchy sometimes seems to behave about this issue much like the high command does in Paths of Glory, but whatever.)

So, I wanted to get historical support for this thesis and naturally my research led me to the Papal Birth Control Commission.

And that’s when the I totally lost my shit.

Because the bottom line for the guys who seemed to be responsible for the decision to promulgate the teaching as it was promulgated wasn’t any of those important issues that I mentioned above. They got a mention, sure, but there were actually reasonably good arguments put forward on the other side to suggest that the Church’s ability to effectively combat the evils described above was actually going to be compromised by an overly absolutist approach to contraception.

The argument, basically, was that by reiterating a natural law argument that a) no longer corresponds to widely accepted notions of the nature of reality, b) is originally derived from faulty medical premises about how human sexuality actually works, and c) doesn’t actually make rational or logical sense, the Church’s witness would be weakened. By sticking their heels in on this point they would lose credibility and people would simply dismiss them on all points of sexual teaching. Which frankly, is in fact what has happened.

I don’t know if Paul VI could actually have prevented that by producing a different document. I do know that the critics of the approach taken in Humanae Vitae correctly predicted the outcome.

But that wasn’t the real problem. The real sticking point, the thing that made me angry, was that finally someone had said “Hey, let’s actually ask some married people…and even (shock horror) some women how this stuff works before we pontificate about it.” And they did. And the married people, especially the women, said “This does not work like you have always said it does. At all. This is ruining my life/my marriage/my children’s lives. It DOES NOT WORK!”

And they said it clearly, cogently and persuasively enough that the commission – a commission that was still dominated by clergy and theologians – voted overwhelmingly that the teaching both could change, and needed to change.

Out of 72 members, only 7 remained unconvinced. All of them were celibate clergy.

They spelled out the reason quite explicitly in their minority report:

If it should be declared that contraception is not evil in itself, then we should have to concede frankly that the Holy Spirit had been on the side of the Protestant churches in 1930 [when Casti Connubii was promulgated] and in 1951.

It should likewise have to be admitted that for a half a century the Spirit failed to protect Pius XI, Pius XII, and a large part of the Catholic hierarchy from a very serious error. This would mean that the leaders of the Church, acting with extreme imprudence, had condemned thousands of innocent human acts, forbidding, under pain of eternal damnation, a practice which would now be sanctioned. The fact can neither be denied nor ignored that these same acts would now be declared licit on the grounds of principles cited by the Protestants, which Popes and Bishops have either condemned, or at least not approved.

In other words: if we admitted that we were wrong it would make us look bad, it would make the Protestants look good, and it would undermine our authority.

That was the bottom line. Not abortion. Not the casual and irresponsible use of women for men’s sexual gratification outside of marriage. Not eugenics. But the authority of men who do not ever have to bear the brunt of the teaching.

More distressingly, many of the proponents of the traditional teaching, at one time or another, openly admitted that the natural law arguments they were using didn’t actually hold up to rational scrutiny. And we have records of private correspondence showing that they were more than willing to engage in a certain amount of Machiavellian political maneuvering in order to get their agenda pushed through.

For me, this was extremely distressing.

One of the things that attracted me to the Catholic faith in the first place, and that solidified my Catholic identity in the period immediately after my conversion, was the constant claim of Catholic apologists that the faith was fundamentally rational. That if you were only willing to honestly follow the argument with good will, you would arrive at the conclusions put forward by the Church. The realization that the teaching on contraception had been promulgated and promoted by people who knew that the argumentation did not actually hold water meant that on a fundamental level this teaching did not result from a commitment to following an argument in good faith.

Now, supposedly that was okay because the Holy Spirit could guide the leaders of the Church to infallibly promulgate true conclusions out of faulty argumentation. Right out of the gate, that’s a bit of a swallow for me because it seems to undermine the claim that faith is reconcilable with reason. Reason will always reject a conclusion once the premises are found to be false. It may return to that conclusion later, should other evidence be found to substantiate it, but to simply barrel on through on the assumption that better proofs are sure to show up eventually is just a blatant exercise in the kind of irrational faith that atheists rightly complain about.

Worse still, I was also expected to believe that the Holy Spirit was revealing the truth about human sexuality through the instrumentality of men who were, to all appearances, acting in the ordinary and rather disedifying way that men do when they are engaged in very worldly forms of power politics. This truth could not be discovered by consulting the experience of married people, nor by listening to women’s accounts of the most intimate aspects of their own bodies and psyches, nor by rationally engaging with the arguments, nor, for that matter, by consulting Scripture. The only way the Spirit could lead us into this particular truth was by inspiring certain men to obfuscate, to deliberately misdirect the Bishops, and to work behind the scenes to ensure that their own authority would not be challenged.

No. Sorry. You’re going to have to sell that particular piece of fine Florida swampland to someone else.

I do, however, think that Holy Spirit can bring good out of evil. Not unsullied good. A good that is so bloodied and mangled that it is, at first, barely recognizable. But none the less a good that by dying may rise again in a form so different that it can hardly be known except by the wounds that it bears.

So I think the Church’s teaching on contraception and NFP is probably something like that. We shouldn’t just throw it out. We shouldn’t despair of it. The Church does need to do some very serious soul-searching, and there needs to be a willingness to actually engage with the questions honestly, to actually listen to those who have traditionally been marginalized in conversations about sexuality, and there has to be enough humility that it becomes possible for the hierarchy to admit to being wrong where, in fact, they are wrong.

But at the same time, there has to be a reciprocal soul-searching on the part of those who are inclined to reject Humanae Vitae. A willingness to honestly engage with the Church’s teaching, to listen to those who have legitimate authority, and enough humility to accept correction when it is reasonable and just.

So I’m going to attempt to do this, to the best of my ability. I’ve assembled a large number of questions about NFP and contraception, from a wide variety of sources. I am, as promised, going to try to answer them.

Eventually, I hope, this will become a book. But I’ve found that the emotional cost of trying to write it all at once is just too great. I’ve already come very close to losing my faith in the process, and I’m still in recovery from that. So instead I’m going to blog my way through the questions one at a time, pausing for breath whenever it starts to get too onerous, and eventually I’ll assemble the whole thing into a single volume and publish it.

I don’t expect this to be easy. I expect it to be frankly exhausting. In the event that any of you feel inspired to help me along, prayers are very much appreciated. So are donations: hours sunk into research don’t tend to receive a lot of compensation and blogging is not really a high-paying gig. If you’re feeling appreciative, drop me a line through my comments tab and I’ll give you my paypal/snailmail address.

And, of course, if you have questions, I’m generally willing to wrestle with just one more. 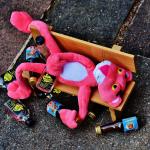 October 10, 2017
A Conservative Journalist, a Junior Hockey Star and an Otherkin Walk into a Talent Agent's Office: I review 'Amends'
Next Post 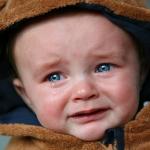