Should I Trust My Conscience?

Should I Trust My Conscience? November 17, 2017 Melinda Selmys 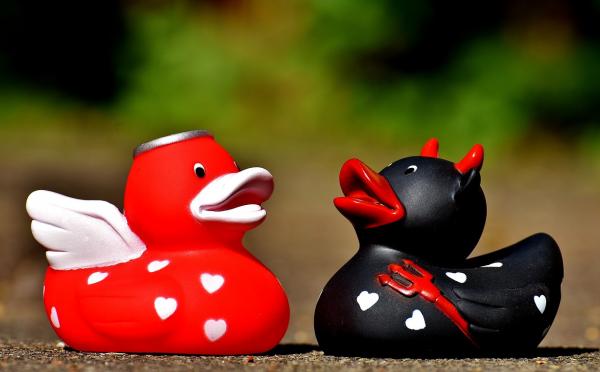 One of the most common frustrations that I hear from Catholics who are recovering from spiritually oppressive forms of the faith is “I was taught never to trust my conscience.” It’s a complaint that I can relate to pretty well: in the circles that I moved in when I first became a Catholic the word ‘conscience’ was often treated as a dirty word – so much so that I was astonished when I finally read what the Catechism had to say about it. Rather than being a highly suspect and largely unreliable moral guide, the conscience was described as “man’s most secret core and his sanctuary. There he is alone with God whose voice echoes in his depths.” (CCC 1776)

Of course, the conservatives who taught me to mistrust my conscience were responding to a genuine problem. In more liberal circles the conscience is often treated as the ultimate moral authority. Anything can be justified on the basis of an appeal to conscience, and so you end up with a kind of moral relativism cloaked in religious language.

These are both misunderstandings of how the conscience actually works.

The conscience is, to borrow a phrase from Ratzinger, “more organ than oracle.” Like any other faculty it must be formed, educated and exercised in order to function properly. It’s not a magical interior compass which simply points towards goodness – neither an infallible compass that always leads us to truth, nor a broken compass that will generally lead us astray.

To understand how it actually works it can be helpful to look at a faculty which we generally think about in a more realistic way: the reason. We all know that the reason is important, that it’s part of how we are made in the image and likeness of God. We also understand that without education most people don’t actually reason very well, that a person has to be taught the principles of logic and that it’s a fairly arduous task to uproot the various forms of sloppy thinking that cause a devotion to truth to devolve into a celebration of mere opinion.

Everyone also knows that even the most intelligent and educated people arrive at erroneous conclusions all the time. The history of human thought is littered with bad ideas developed by incredibly sophisticated thinkers. None the less, if we decide to simply mistrust reason we don’t avoid error, but become susceptible to sentimentality and ideology.

If a person simply rejects their own rational conclusions they end up acting in bad faith, but if they elevate their own ideas above the need for criticism, they end up being an arrogant ass. What’s necessary is rational discipline, tempered by humility. We have to realize that reason is both an imperfect tool, and also the best tool we have.

The situation with the conscience is similar. Almost everyone is born with a functioning conscience (though obviously, just as some people are born with cognitive disabilities, some are born with a radically attentuated moral sense), and it is attuned in a general way towards the good. We have a natural capacity for empathy and for guilt. These are similar to our natural capacity for logical coherence, or our sense of curiosity. From the outset we are drawn towards good, repelled by evil, and we have an intuitive sense that goodness is connected to our concern for other people.

But to get further than this you need education. The simplest form of it is a parent or guardian labeling certain behaviours as “good” or “bad” and rewarding or punishing them appropriately. It is as difficult to alter this most basic moral training as it is to teach someone to carry on their internal monologue in a language other than their mother tongue.

Right off we should see that this introduces a level of social construction into our sense or morality. One infant might consistently be told “no, no” if they climb on potentially dangerous equipment at the playground, another might be encouraged by mama’s smiles or by an older sibling joining in. The former learns that risk-taking is dangerous and irresponsible, the latter learns that it’s good to push themselves to the edge of their abilities. It’s worth noting that these diametrically opposed approaches actually develop different virtues: prudence, in the one case, and courage in the other.

It’s through innumerable little exchanges like this that the conscience is formed, and for obvious reasons no two consciences are ever going to be exactly alike. Differences in conscientious judgment aren’t merely a result of differences in external circumstance, but also of differences in personality. This is largely legitimate; God wills diversity even in our virtues (cf. CCC 1937). However, it means that nobody can claim that the determinations of their own conscience represent an objective, universal law.

It is, however, possible for moral formation to produce objectively evil outcomes, not just different approaches to virtue. Obviously this can happen through neglect, for example if a child is never taught not to hit other people, or if they are praised for immoral behaviour, like the children in Oliver Twist who are rewarded for theivery.

But it can also happen if a person is penalized for behaviour that is good, or even just innocent. This is the half of the equation that is often missed both by highly religious folks and by ethical idealists: scrupulosity is not just an unfortunate character quirk, it’s actually the result of a conscience that has been oversensitized by needless or arbitrary condemnation.

When the conscience is inflamed in this way, it’s not actually conducive to holiness or to genuinely ethical behaviour. A scrupulous person’s moral judgment is seriously compromised. Scrupulosity can lead a person to override their natural sense of compassion for the sake of rules, and it can make it difficult to receive correction. The scrupulous person living under the tyranny of an overbearing conscience often perceives just criticism as an attack on their moral principles – an attack which must be immediately resisted, rather than rationally considered.

Scrupulosity can also lead to self-destructive forms of rigidity, crippling perfectionism, and to a misplaced sense of “righteous anger” against others. If you constantly feel guilty, or you’re always walking on eggshells and second-guessing yourself, it’s natural to lash out at those who seem to be taking the low road.

Now, like almost everything else, this happens on the left as well as on the right. It doesn’t matter whether you’re constantly worrying that you looked too long at that bra ad, or whether you’re endlessly fretting about using words that once had misogynistic, racist, imperialist, abelist or homophobic connotations. Whether you’re thrown into a fit of agitation if you accidentally say a word out of place at Mass, or whether you stand paralyzed at the grocery store because every single product is associated with environmental destruction or unjust labour practices. If you’re desperately trying to be a good person, but the ordinary practice of everyday life leaves you morally asphixiated and guilt-stricken, your conscience is probably oversensitized.

Ironically, the rejection of conscience by religious conservatives is very often a product of scrupulosity. It’s motivated by a feeling that unless you manage to do the objectively right thing in every situation, God is going to punish you. Because the conscience is not 100% reliable, it’s seen as fundamentally dangerous.

Yet the Church insists that “A human being must always obey the certain judgment of his conscience. If he were to deliberately act against it, he would condemn himself.” (CCC 1790) This allows us to enjoy the kind of freedom that leads to genuinely ethical behaviour rather than the kind of rigid moralism that leads to scrupulosity. The caveats about needing to form one’s conscience, and the warning that consciences can judge erroneously are not meant to cast aspersion on the conscience as such, nor to provide fuel for the scruple machine. Rather, they are there to ensure that we don’t become careless: that the freedom which we enjoy in Christ doesn’t become an excuse for moral indifference. We are called to trust our consciences, but also to submit ourselves to just criticism and humble self-reflection. 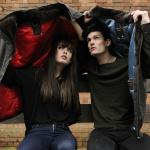 November 7, 2017
The One Question I Always Get
Next Post 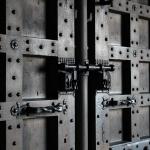 November 28, 2017 How Does Christian Culture Enable Abusers?
Recent Comments
0 | Leave a Comment
Browse Our Archives
get the latest from
Catholic
Sign up for our newsletter
POPULAR AT PATHEOS Catholic
1