PSA: NFP is Not Compatible With Alcoholism or Abuse 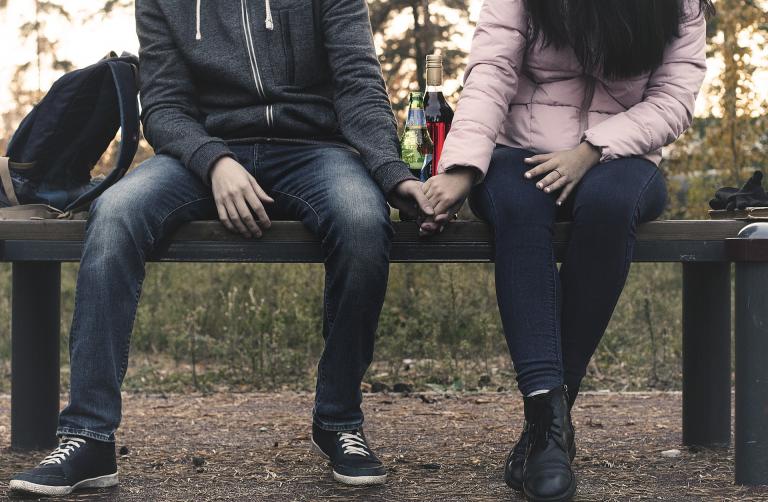 “No wonder she hates NFP so much,” the woman wrote. “NFP won’t work with an alcoholic.”

In all of the years that I practiced and researched natural family planning – in all of the articles and studies that I read – do you know how many times I encountered this piece of invaluable wisdom?

Of course now that I’ve seen it laid out, simply, in print, I can see that it’s obvious. Alcoholism involves an inability to take responsibility for one’s actions, and a consistent pattern of choosing short-term satisfaction over long-term goods. Natural family planning relies for its effectiveness on responsibility and self-control. Trying to practice this with an alcoholic spouse is a recipe for disaster.

But three days ago was the first time I ever heard it said.

Consider this, then, a public safety announcement: if your spouse is addicted to alcohol, NFP will not work for you. Do not attempt it. Deal with the addiction first.

Alcoholism is a fairly widespread condition. About 5-6% of women and 7-8% of men have an alcohol abuse disorder. It’s also one of those sins that is commonly overlooked, and sometimes even encouraged, within Catholic culture. The folks who run to the confessional and shame-facedly whisper their every impure thought are often to be found openly boozing it up, even boasting of their drunken exploits.

This needs to be said honestly and clearly, not just because it’s a moral duty to let people know the limitations of any service that you offer, but also because the consequence of NFP failure is usually the birth of a child. Children who grow up in alcoholic households are at increased risk of verbal, emotional, physical and sexual abuse – and even when there is no abuse, the chaos and instability associated with addiction can still have life-long traumatic effects.

Keep in mind that alcoholism is a progressive illness. A child who is conceived tomorrow is not just going to be dealing with the level of substance abuse and disorder that currently exists in the family: they are going to be dealing with a problem that will continue to escalate over the course of the 18+ years that they live at home. Even if a client’s substance abuse is not currently associated with domestic violence, unemployment or serious marital conflict there is a high likelihood that it will be by the time the child is in her teens.

If you are teaching or counseling couples to use NFP, don’t expect problems with addiction to come up. While alcoholics will often drink quite openly in context where they expect their behaviour to be supported, they are generally reticent if they expect disapprobation. Spouses of alcoholics are often ashamed of their partner’s behaviour, and are frequently in denial about the problem.

It’s the responsibility of the provider to bring it up. Don’t do this in a way that is confrontational or demands a confession, simply provide the information. People in alcoholic marriages need to be aware of the risks of bringing a child into an alcoholic household, and they need to know that their family planning method is not going to work.

When It’s Not Safe to Say “No”

Alright, so now there’s a young Catholic woman who wants to follow the Church’s teaching, but her husband’s alcohol use is out of control and she doesn’t know what to do. After all, apart from NFP there are no other options.

First, the spouse of an alcoholic should be made aware of the help that is available. Alanon is often a useful resource for families, and it has the advantage of being confidential and widespread. Addiction and mental health services may also be able to provide support. If there is sexual coercion or abuse, referral to a shelter or to programs for abused spouses is appropriate.

In many alcoholic marriages, sexual coercion is an issue that needs to be addressed. Alcoholics often have difficulty with emotional regulation, and saying “No” to sex – even if they have previously committed to using NFP and they know it’s not a safe day – can trigger emotional outbreaks or abusive behaviour.

If a woman does not feel that she can safely say “Sorry, honey, my charts are a mess this month. I have no idea when, or if, we’re going to be able to have sex” then she will not be able to use NFP. The risks may involve psychological abuse, withholding of affection, emotional violence, mistreatment of the children, threats, physical violence or spousal rape. If any of these factors are present, the periods of abstinence required by NFP will aggravate the risk.

In such cases, women need to know that protecting themselves is not sinful. Pius XI referred to cases where a spouse is “more sinned against than sinning.” When having sex is not a genuinely free choice in marriage, the use of contraception to avoid bringing a child into an abusive situation may be the only morally responsible option.

Victims of spousal rape and coercion should have the same rights as victims of stranger rape – and the right to avoid being forced into pregnancy against your will is one that every woman should feel justified in exercising.

Priests, confessors and NFP instructors have an obligation to make this clear. Even if a woman is not yet able to leave her abuser (whether for psychological, financial or safety reasons) she needs to be able to take precautions with a clear conscience. If she cannot, repeated unplanned pregnancies will likely result. This places the children at risk, and it leaves the woman vulnerable: getting out of an abusive marriage is onerous and difficult, and the demands of pregnancy and motherhood often serve to keep women trapped.

If someone is teaching NFP, or hearing confessions of those who are using it, they should be sensitive to signs that sexual coercion is an issue. They should create space to talk about it safely. In the case of teaching couples or marriage counselors, it should be brought up when the other spouse is not present. As with addiction, a non-confrontation approach should be used: present the issue in the abstract, as something which some couples deal with and which can impede success with NFP. Make it clear that it is safe to open up about the issue, but don’t put the person on the spot.

If practicing NFP is impossible because of addictions or abuse in a marriage, people should not be pressured to use it. On the contrary, they should be dissuaded. The principle of gradualism is appropriate here: if addiction or abuse present an insurmountable obstacle to the practice of marital chastity, then the appropriate moral course is to deal first with the addiction or abuse.

Pastors and confessors should be aware that obsessing over sexual sin can be a tactic that Catholic addicts use to keep moral attention focused on something other than their addiction, and that abusive and controlling spouses may actually use pregnancy as a means of keeping their partner isolated and dependent.

A great deal of harm can be caused to couples and individuals when headlong progress towards a particular moral goal is encouraged without a holistic view to the needs of the person as a whole. NFP places demands on a couple that cannot be navigated if there is a problem with addiction or sexual coercion that is not being addressed.

The appropriate course is to advise NFP as a long-term goal, to be realized only once the more pressing problem has been dealt with. Couples should be accompanied by their pastors during this process. Priests and other spiritual authorities should be conscientious about looking for signs that civil divorce or annulment is appropriate, and should provide spouses with the information and support that they need if they need to get out.

Image by rebcenter-moscow on Pixabay

February 26, 2019
Fault on His Side: Addiction and Culpability Pt 2
Next Post

March 6, 2019 Sexual Coercion and Spousal Rape: What the Church Needs To Do
Recent Comments
0 | Leave a Comment
Browse Our Archives
Follow Us!