Don’t Unfriend the Nazi: How Ideological Abuse Isolates Its Victims 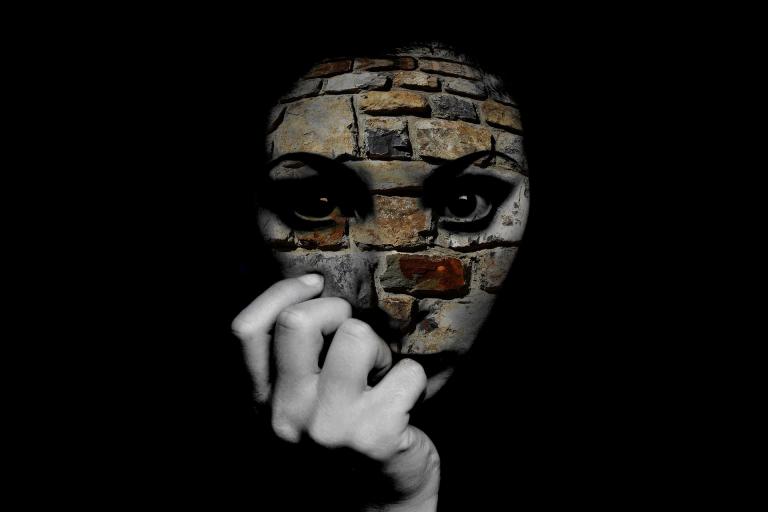 I’ve been thinking a lot about the “do you have to unfriend the Nazi” controversy. I know, I know, it’s dead. It’s buried. Long dead. Why bring it up again?

Well, because I was reading a totally unrelated article about how to spot red flags for abusive relationships — and I finally figured out what it is about the controversy that bothered me so much.

Woman undergoes a change in her values, personality and ideology almost overnight, following some sort of traumatic event. At about the same time she gets into a new relationship. With a Nazi. Who claims not to be a Nazi. During the controversy, he shows up to make graphic, violent threats to “protect” his wife.

These are all red flags. Big red flags. Red flags that a relationship is not only probably emotionally abusive, but that it has a high likelihood of either being or becoming physically abusive as well.

Which means that there is also a significant likelihood that alt-right ideology is being used to isolate the woman.

What Is Ideological Abuse?

This is a form of abuse and control that often gets overlooked, because we like to hold on to the belief that our ideas and beliefs are freely chosen. That whatever else an abuser might take from you, he can’t take away your freedom to think your own thoughts.

But on some level, we know this isn’t entirely true. We know that brainwashing is a thing. That cults use a wide variety of tactics to prevent people from thinking for themselves, and to reward them for parroting the beliefs of the cult leader. And to punish them if they don’t do so.

Domestic abusers can and do employ exactly the same strategies.

– They can restrict and control what books/media come into the house.

– They can make biting comments about anything their spouse tries to read or watch that they don’t “approve” of. They may even “forbid” their partner to consume certain media.

– They can belittle their partner’s values or beliefs and make them feel stupid for having their own opinions.

– They can make outlandish threats about what they would do to people who think or say x, y, or z — implying that their partner better not dare think or say those things.

– They can use low-level physical violence, like smacking their spouse upside the head or poking them hard in the ribs if they espouse beliefs that their abuser rejects, or disagree with his beliefs.

– They can say “I could never be in a relationship with someone who thought that,” or “One of the things that makes our relationship so strong is that we share the same values, and agree about so many things.”

– When a disagreement arises they can insist on arguing it ad nauseum until their spouse becomes confused or simply adopts their position.

– They can make posts on social media on their partners’ accounts that are more extreme than what their partner actually believes, and put their spouse in the position of having to either defend the posts or openly admit that the post isn’t theirs – and if they choose the latter the abuser can become angry with their spouse for “throwing them under the bus” or “embarrassing them in public” and make it clear, through emotional or physical violence, that they are never to do that again.

– They can tell their spouse that they are perceived as stupid, embarrassing or boring by other people when they put forth ideas that contradict the abuser’s ideology.

I could go on, those are just the tactics that come to mind off the top of my head. I’m sure there are others.

The point is, let’s say you are trying to control and manipulate someone. You’ve already started the process of driving their friends away, isolating them, and making them dependent on you for most of their validation and emotional needs. At this point, screwing up their perceptions of the world really isn’t that difficult. In the same way that a gaslighter can make their partner think that she is going crazy, a brainwasher can make her see the world in a distorted way.

In the case of extreme alt-right ideologies, I suspect that the risks are particularly high. For one thing, these are subcultures that glorify violence, gun-ownership and misogyny. Naziism and its variants, in particular, are attractive to highly narcissistic, authoritarian men who suffer from severe problems with resentment, blaming and entitlement.

For an abuser, however, these ideologies hold a second attraction: they are so hateful and despicable to ordinary people that if you can manipulate your partner into espousing or defending these beliefs you can use ideology to isolate them. You won’t have to risk openly restricting their social life, cutting them off from friends and family, or telling them who they can and cannot talk to – because their friends and family will do the work for you.

As a bonus, you can then use this to increase traumatic bonding, telling your partner “See, all of your friends weren’t really your friends. They only liked you as part of their little ‘cause.’ As soon as you start using your own mind, they drop you like a hot potato. I’m the only one who loves you for who you really are.”

Abusers routinely accuse others of doing exactly what they themselves are doing (outward blame and projection are normal among manipulative personalities), and if they can make it look like the friends are the ones exercising ideological control this can serve to misdirect the woman’s attention away from the abuser’s attempts to control her thinking.

Finally, ideological extremism will make it more difficult for your partner to form new friendships or relationships outside of the movement. If the only people your partner can associate with are narcissists and sociopaths who think that violence, misogyny and racism are cool, it will make your abusive behaviour seem normal. She won’t be able to reality check her feelings that something is wrong because everyone she knows will confirm that only weak-minded liberals and cucks have a problem with abusive, violent, threatening and authoritarian behaviour.

To me, any attempt to discern whether to unfriend a woman (or a gay man, or a disabled man, or anyone else who is potentially especially vulnerable to abuse), must take into account the fact that they may be a victim of ideological abuse. And that if they are, distancing yourself might only serve to isolate them and put them more completely in the power of their abuser.

This is particular true if they got into a relationship at a particularly vulnerable time in their life, if their personality or behaviour suddenly changed, if they are increasingly cut off from their old friends and

Of course, it’s a matter of private discernment. If the woman in question is mistreating you, or her interactions have become toxic, you need to make a decision about whether you’re able to deal with that emotionally. Nobody is ever obligated to set themselves on fire to keep another person warm – or to jump off a cliff to save somebody else from their own poor decisions.

But I definitely think that it is wrong to say “you must unfriend.” It may be necessary to take precautions to protect other friends. You might need to think about how you can be effective. You may need to do some research into how to support and help someone if you suspect that they are in an abusive or dangerous relationship.

However, there should never be an explicit or implied obligation to abandon someone in an abusive situation. Even if they are behaving badly. Remember that it is normal for abused people to defend their abusers, to justify the abuse, and to enable the abuser to bully or abuse others. Almost every victim does these things to some degree – abusers use a wide variety of grooming and conditioning techniques to ensure that they do.

Yes, those behaviours are morally wrong. Yes, the victim may have some (usually reduced) culpability for choices that they make while they are trapped in the abuser’s hall of mirrors. But in almost every case, abandoning the victim and leaving them at the mercy of their bad relationship choices means subjecting them to a punishment that is far more severe than anyone deserves.

(Note: In the comments, I really want to avoid discussions of the particulars of the case that I’m obviously discussing the first paragraph. I know that there are additional complications in that case, and frankly I don’t think it will help anyone to rehash them. I’m happy to discuss the issues in the abstract but I don’t want this to get personal and I’ll delete comments that include names or personal attacks on the individuals who were involved in that controversy.)

April 30, 2019
The Powerlessness of Prayer: On Detaching with Love
Next Post

June 25, 2019 Get Behind Me, Tony Esolen: Stop Making Marriage a Sadist's Playground
Recent Comments
0 | Leave a Comment
"Dave, I'm Nathália Pakrauskas I had you add on Facebook but I deactivated it.I'm reading ..."
Nathália Pakrauskas Can I Write Smut?
"Well put. Though I would also add regurgitation to vomiting. They like to regurgitate bible ..."
Paul Hello world!
"He called a Canaanite woman a dog. Hardly elevating the dignity of women."
Paul Hello world!
"Youve certainly got a surprise coming; there is no God."
Paul Hello world!
Browse Our Archives
Related posts from Catholic Authenticity 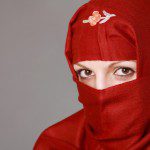