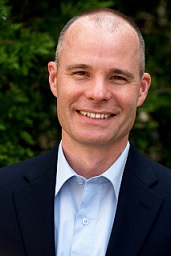 PETE: First a simply worded but complex question. Why prayer?

MATT LEONARD: Allow me to answer a question with a question, Pete. Why not prayer? How many of us actually think we’re praying enough? (Put your hand down unless you are a contemplative monk or nun in the hinterlands…which are far away.) To be honest, I don’t think there are enough good books on prayer. In fact, I don’t think there will ever be enough good books on prayer because prayer is what we’re made for. We were created by God for union with him, and that union isn’t going to happen without prayer.

I wrote a book on prayer because even though I went to daily Mass since before I even converted, it wasn’t until I made a pointed decision to really focus on growing my prayer life – of conversing with God – that my spiritual life took off. Yes, the sacraments are the primary way God gives us grace. But prayer is the bulldozer that clears the path for the sacraments to flow.

The Catechism says that prayer restores us to God’s likeness. (n. 2572) I’ve seen the incredible results in my own life and I want to help ignite a fire in the hearts of all Catholics to commune with our Lord in prayer. Plus, I go into some topics that you won’t see in a lot of modern prayer books, breaking them down into layman’s terms.

PETE: As a convert, how has your prayer life changed since becoming a Catholic?

MATT LEONARD: Aside from the obvious fact that I have more people to pray to as a Catholic (Hi Mary!), I think the biggest difference is that as a Protestant I didn’t realize there was supposed to be a natural progression and maturation in my life of prayer. I’m not saying I didn’t mature, but that there was no structure, no tradition to guide me. I didn’t’ have a spiritual director (nor did I even know what one was) and I wasn’t reading spiritual giants like John of the Cross, Teresa of Avila, or Francis de Sales who could help me understand what I was doing and tell me where to go. I was always kind of floundering, running after this or that latest trend. My life of prayer existed in a vacuum. It had no direction and nothing to plug into, so to speak.

As a Catholic, prayer is integrated with the sacraments. They go together hand in glove as I mentioned above. Each propels the other and boosts us closer and closer to God. One of the greatest things about a Catholic prayer life is that so much of it is already set up. We’ve got the Liturgy of the Hours, daily prayers like the Angelus, rosaries, litanies, etc… And when I pray the prayers of the Church, I’m praying with the rest of the Church – the Body of Christ. It packs more punch! I love that.

PETE: Of all the advice you give in your new book Prayer Works!, what is the one most indispensable tip on prayer you can recommend?

MATT LEONARD: Start now and don’t stop…ever. There are no two ways around it. If you’re not praying, you’re not going to make it to God…period. Start with 10-15 minutes a day of silent prayer. It will be like watching a turtle in a marathon at first. Those 15 minutes will be the longest in your life. But stick with it because what you’ll eventually find is you actually start to crave it. I didn’t believe it when I first read it, but trust me when I say it’s the truth. I’ve experienced it. Again, this is because a prayerful relationship with the God of the universe – Our Father – is what we are made for.

PETE: In the foreward of Prayer Works! Scott Hahn relays the story of your first meeting. This event occurred prior to your conversion. How intent were you that your Protestant parents NOT meet Scott and how much did this event play into your own conversion?

MATT LEONARD: There was nothing I could do to keep my folks from meeting Scott and Kimberly, so I decided to make a statement by refusing to enter into the Hahn house when we were invited over for lunch. I sat in a car for about three hours while they dined and discussed theology. It was my own little Protestant rebellion.

Looking back, I think my mother’s conversation with Scott helped her to move closer to the Church (though she never became Catholic before cancer claimed her life). She was the only person in my family who supported my move toward Catholicism once God was able to penetrate my thick head with the truth.

PETE: Prayer Works! is your second book. Can you tell us about your next book project?

MATT LEONARD: I’m thinking that I will finally write my conversion story. For most converts, this is generally the first book they write. I was so busy as a new Catholic trying to figure out when to stand and when to kneel that I never really thought about writing about my move into the Church. But now, sixteen years later, it seems to be the right time.

PETE: It’s been a while since I asked you this question. This is a blog about books. What is currently on your bookshelf to read?

The Hidden Power of Kindness by Fr. Lovasik (One of my favorite authors.)

Called to Life by Fr. Jacques Philippe (Another rock star in the spiritual world.)

The Four Cardinal Virtues by Josef Pieper (Down to earth philosophy)

Roses Among Thorns by St. Francis de Sales (A classic by one of the masters of the spiritual life.)

Other books by Matt Leonard:
Louder Than Words: The Art of Living as a Catholic