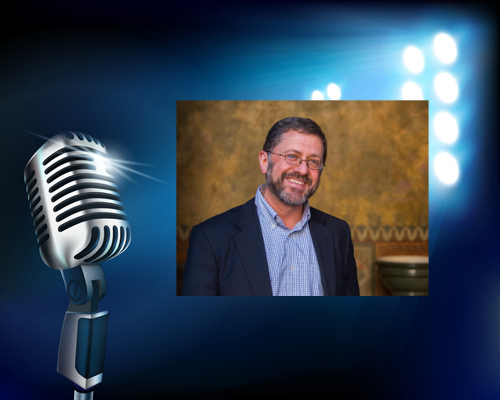 Mike Aquilina is the award-winning author of more than forty books on Catholic history, doctrine, and devotion. His works have been translated into many languages. He has hosted nine television series and several documentary films and is a frequent guest on Catholic radio.

Mike and I recently discussed his book Take Five: On-The-Job Meditations with St. Ignatius. You can read my review of the book here.

PETE: Work can have a different meaning for everyone based upon their job. Some, like myself, may be working in a factory or some like you may be writing, traveling and speaking. How can your book Take Five: On-The-Job Meditations help workers regardless of work vocation?

MIKE AQUILINA: What we have in common, no matter what kind of work we’re doing, is our purpose. We’re working not just for a paycheck or a promotion. We’re working for the greater glory of God. St. Ignatius never tired of repeating that. The difficulty, of course, is staying mindful of that basic principle all day and every day. The book is designed to help busy people do just that.

PETE: To be honest, and most people will likely agree, work can be a “drag”. How can one apply their Catholic faith to help them get through the “daily grind”?

MIKE AQUILINA: For Christians work is something indisputably good. Adam was placed in the Garden of Eden in order to work it — till it and keep it. And Genesis describes God’s act of creation as his “work.” There’s a crazy idea out there that work is a punishment for sin. But it’s not. It’s a good thing and a godly thing.

It’s made more difficult, though, since the original sin of Adam and Eve. Now, the Book of Genesis tells us, Adam is out of sync with creation, and he has to deal with thorns and thistles. We children of Adam still have to deal with stuff — the thorns of our co-workers sometimes, and also the thistles of our own laziness, self-pity, and bad attitude. Ignatius helps us work through these realities and change what’s in our power to change.

The difficulties will never completely go away. But the cross has changed their value. Now they can be redemptive. We share in Christ’s priesthood, so we can offer them with his body in the Mass. That’s the principal way the laity sanctifies the world, according to the Second Vatican Council — offering it up!

PETE: I get the feeling that the key point behind this book is to make “work” less of a “job”. Was that your intent?

MIKE AQUILINA: I’m not sure I understand the difference. Do you mean less of a burden? Saint Ignatius helps us accomplish that by leading us to change the things we have the power to change. If we improve our attitude, if we struggle against laziness, if we love our co-workers and competitors and rivals unconditionally — and pray for them by name — I think work will be less burdensome for us. Work is our vocation, and it comes from God. He’s our Father, and he doesn’t will our misery. If we’re enduring sorrow for a while, it’s because it’s a necessary precondition of glory. That’s the message of Good Friday and Easter. We revisit those mysteries every day.

PETE: Why did you choose Saint Ignatius’ writings as the foundation for a book on work?

MIKE AQUILINA: My co-author, Father Kris Stubna, studied with the Jesuits in grad school at the Pontifical Gregorian University in Rome. When he was conducting his doctoral research in England, he lived in a Jesuit house. He has a lot of affection for Saint Ignatius, and his enthusiasm is contagious.

PETE: How has your Catholic faith played a role in your own career? Despite the advantages of working a job that allows you to exercise your faith I would assume it still has its days so to speak.

MIKE AQUILINA: I worked in advertising and marketing for many years — for an agency first and then in the tech field. I loved the work. I always felt like I was learning something new. But the challenges are always there. I don’t know how people survive without well-developed Christian habits of mind. I’m talking about forgiveness, charity, understanding, devotion to the Guardian Angels, and (as I said before) “offering it up.” If we have these, we have every advantage — everything we need for a happy life.

PETE: It’s been a while since I asked you this so….time for my signature ending question. This is a blog about books. What books are currently on your bookshelf to read? 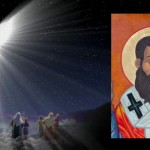 July 25, 2016 The three kinds of intelligence, Angels: Day 004
Recent Comments
0 | Leave a Comment
Browse Our Archives
get the latest from
Catholic
Sign up for our newsletter
POPULAR AT PATHEOS Catholic
1