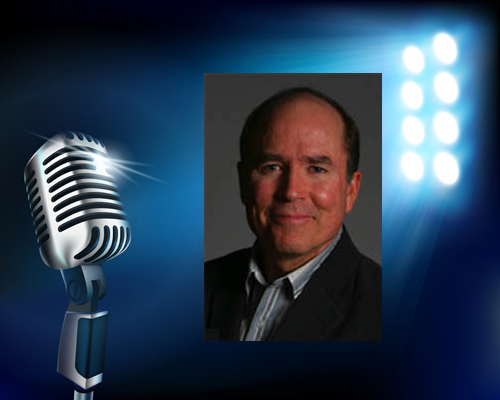 Michael Collopy is one of the preeminent portrait photographers of our time and has gained worldwide recognition for his commissioned portraits of hundreds of public figures. His portfolio includes a vast array of portraits from world leaders such as Pope John Paul ll, Mikhail Gorbachev and 5 U.S. Presidents, to entertainers like Paul McCartney, George Clooney, Salma Hayek and Bono. Collopy also worked with Frank Sinatra for many years.

Collopy’s photographs have been published worldwide in numerous books, magazines and newspapers, as well as many record and CD covers.

A San Francisco native, Collopy is the son of internationally acclaimed graphic artist George Collopy. He is a self-taught photographer whose enthusiasm for the arts led him to meet and spend time with such luminaries as Ansel Adams and Richard Avedon, who offered Michael their artistic advice and encouraged him to pursue a professional career in photography. Collopy’s range of clients have brought him around the globe. From photographing Mother Teresa’s work in Calcutta to Nelson Mandela and Archbishop Tutu along with Mikhail Gorbachev’s Nobel Peace summit in Italy to photographing the Rolling Stones in France.

Recently I had a chance to chat with Michael about his book Works of Love are Works of Peace.

PETE: For those unfamiliar with your book Works of Love are Works of Peace, can you give readers a little background on how this project developed?

MICHAEL COLLOPY: Works of love is the reflection of around 13 years of photographing Mother and the Missionaries of Charity. When Mother agreed to participate in the book, I wanted to make this book different from any other so I asked Mother to include her spiritual guidance. Since Mother’s life and the society of the Missionaries of Charity centers entirely around prayer, we have included Mother’s prayer book, printed here for the first time. I also asked Mother for permission to include a private letter to her sisters which I had been aware of that references her inspiration day, which paved the way for the formation of The Missionaries of Charity. It is very important for me to mention Sr. M. Sylvia m.c. who was the individual most responsible for this book coming to fruition. She was the key link in all of the aspects of this book and would always ask me if I had finished it yet. At that moment, I felt I needed a few more things in order to complete it to my satisfaction, and would tell her I would complete it in just a few months more.
Sadly, she was tragically killed in an auto accident with Sr. M. Kateri prior to its publication. I owe everything to Sr. Sylvia for her essential help.

PETE: You spent a period of ten years taking the photos that eventually made it to this book. 180 pictures made it to the book of undoubtedly many, many more. Can you explain the selection process that goes into a project of this nature?

MICHAEL COLLOPY: I had been very blessed to have hundreds of pictures of Mother and had the wonderful artistic help of Roxanne M. Lum of Ignatius Press and designer Michiko Toki to guide the process of editing photos that corresponded with Mother’s words.
PETE: At anytime during those ten years in the presence of Mother, did the thought cross your mind that were in the presence of a future saint?

MICHAEL COLLOPY: I was fully aware from my first meeting with Mother that I was in the presence of a Living Saint. I remember Mother being asked what it was like to be a saint and she said” Being a saint is not the luxury of a few but a simple duty for each one of us.”

PETE:  What was Mother’s involvement and knowledge of this project?

MICHAEL COLLOPY: Mother was aware and gave full permission for this project which was a rarity. She did not often grant permission for photos let alone books. I remember when I was photographing in Calcutta I was having difficulty with permissions photographing in the various homes and I told Mother and she wrote me out a handwritten note to take with me to present which opened up all of the doors of access. Mother saw the book completed as well and paged through it upon completion. Although we received wonderful reviews when it was released, the most meaningful review to me came from Sr. Pricilla who expressed how happy she was with the printed volume.

PETE: You have photographed many notable people of our age including Mikhail Gorbachev, Margaret Thatcher and Frank Sinatra. How did your experience with Mother Teresa compare? What set her apart from the rest?

MICHAEL COLLOPY: I have been very blessed in my 35 year career to photograph and know so many amazing individuals such as Nelson Mandela, The Dalai Lama, Paul McCartney, Frank Sinatra, 6 U.S. Presidents and so many others however, I have never met anyone who could compare to  the spiritual depth of character and selfless love that Mother displayed over the course of my 15 years of knowing her.

MICHAEL COLLOPY: I am reading Fr. Brian Kolodiejchuk’s book Where There is Love There is God, Joan Lewis’s A Holy Year in Rome, and George Weigel’s book A Witness to Hope.

August 7, 2016
Angels are unchangeable because they love God; Angels: Day 017
Next Post

August 8, 2016 Angels derive their honor from worshiping God, Angels: Day 018
Recent Comments
0 | Leave a Comment
Browse Our Archives
get the latest from
Catholic
Sign up for our newsletter
POPULAR AT PATHEOS Catholic
1