The Saints at the Chapel 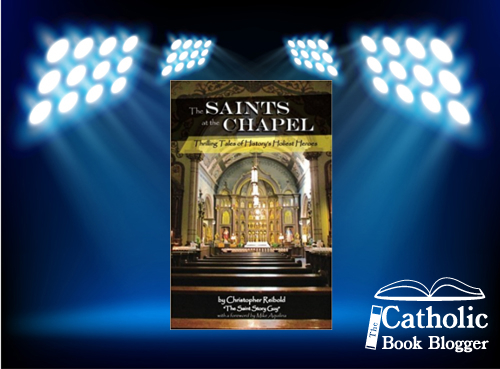 Nestled in Pittsburgh’s Troy Hill neighborhood is a treasure not often seen outside of the Vatican itself. At first, what appears to be an unassuming Catholic chapel, is actually the home to the world’s largest collection of relics held outside of Rome. Christopher Reibold, known as the Saint Story Guy, brings to life the stories of the saints whose relics are part of the collection in his fantastic book The Saints at the Chapel: Thrilling Tales of History’s Holiest Heroes.

Having had the pleasure of touring Saint Anthony’s Chapel, or the Bone House as it has been dubbed, I was especially intrigued to read this book upon learning of its release. The Chapel was built between 1880 and 1883 by Father Suitbert Mollinger who at the time was on a personal mission of sorts. During those days in Europe churches and monasteries were often looted for the purpose of obtaining the gold objects contained within them including reliquaries. The relics themselves served to purpose to the looters, so they were removed and tossed to the side. Father Mollinger and friends in Europe saw to it that these relics were rescued and eventually made their way to their new home at the Chapel in Pittsburgh. Christopher details all of this in the early pages pf his book.

Also discussed in the book are the purpose of relics. Some may find the entire notion of relics to be a bit off-putting, but they have served a significant role in Church history. As Christopher explains, in the early church graves of martyrs were used as altars. In the Bible, a dead man was restored to life when he was touched by the bones of the Prophet Elisha. When people touched cloths to the Apostle Paul, they took these cloths to the sick, touched them, and they were cured. The bones of the martyred Saint Polycarp were buried in a place where early Christians would go to pray.

The most interesting part of this book are the stories. Obviously, when on is writing about a collection which houses some five thousand relics, you have to choose whom you write about. Christopher has included the stories of nineteen saints to include in The Saints at the Chapel. Some such as St. Anthony of Padua, St. Philip Neri, St. Peter, and St. Peter you will certainly recognize. Others such at St. Quentin, St. Fina de Caeri, St. Onuphrius, and St. Vitus are more obscure and point to the richness of the Chapel’s collection.

I would highly recommend taking a trip to Saint Anthony’s Chapel if you are ever in the neighborhood but before you do that I suggest you read this book. Christopher doesn’t cover ALL of the saints that you will find in the Chapel, that would be nearly impossible, but he gives you a glimpse into the lives of more than a few.  Take this opportunity to get to know some of these brothers and sisters in the faith who have made this journey before us and have earned their eternal reward in heaven.

To learn more about this book listen to my interview with Christoper Reibold on Off the Shelf Episode 062. 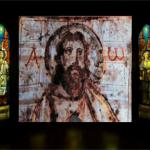 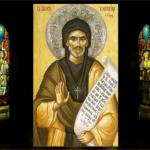