Pope Francis: Death Penalty is Contrary to the Gospel Vatican City, Oct 11, 2017 / 10:51 am (CNA/EWTN News).- In an Oct. 11 speech to members of the Pontifical Council for the Promotion of the New Evangelization, Pope Francis said the topic of the death penalty should have “a more adequate and coherent space” in the Catechism of the Catholic Church.

This topic “cannot be reduced to a mere memory of a historic teaching” without taking into account the works and teachings of recent popes, he said, adding that it must also consider the “mutual awareness of the Christian people, who refuse a consensual attitude toward a penalty which seriously undermines human dignity.”

“It must be strongly confirmed that condemning a person to the death penalty is an inhumane measure that humiliates, in any way it is pursued, human dignity.”

The death penalty, he said, “is in itself contrary to the Gospel because it is voluntarily decided to suppress a human life, which is always sacred in the eyes of the Creator and of which God only in the final analysis is the true judge and guarantor.”

Pope Francis spoke to participants in a special day-long conference marking the 25th anniversary of the publication of the Catechism of the Catholic Church, promulgated by Saint John Paul II in 1992.

The Catechism currently explains that the death penalty is morally impermissible “if bloodless means are sufficient to defend human lives against an aggressor and to protect public order and the safety of persons.”

During their pontificates, Pope St. John Paul II and Pope Benedict XVI repeatedly called for the abolition of the death penalty. Both popes encouraged nations to work towards just means of punishment and public order without recourse to the death penalty.

In his speech, Pope Francis said that in past centuries, where defense measures were poor and the maturity of society “still had not met a positive development,” the death penalty seemed like a “logical consequence of the application of justice they had to follow.”

He noted that “unfortunately” even the papal state at times adopted this “extreme and inhumane means” of punishment, “neglecting the primacy of mercy and justice.”

Francis stressed that God is a Father “who always waits for the return of the son who, knowing he has erred, asks forgiveness and begins a new life.”

“No one, therefore, can have their life taken from them, nor the possibility of a moral and existential redemption that goes back in favor of the community.”

“Let us take responsibility for the past, and let us recognize that these means were dictated by a more legalistic mentality than Christian,” he said.

Concern for maintaining power “led to an overestimation of the value of the law, impeding it from a deeper understanding of the Gospel,” he said. “However, to stay neutral today in the face of the new demands for the reaffirmation of personal dignity, would make us more guilty.”

Pope Francis said that “harmonious development of doctrine” requires that new treatments on the death penalty “leave out positions in defense of arguments which now appear decisively contrary to the new understanding of Christian truth…It is necessary to reiterate that, not matter how serious the crime committed, the death penalty is inadmissible because it is an attempt against the inviolability and dignity of the person.”

October 11, 2017
Pope: Christians are never bored – they persevere with love
Next Post 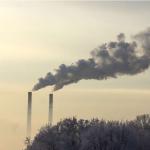 The Slave Woman And Man Born Blind Were...
Paul once got in trouble trying to silence a woman from speak...
view all Catholic blogs
Copyright 2008-2021, Patheos. All rights reserved.