A Texas teen from a suburb of Houston does not come home one night after an evening at the library. She is just days away from graduation. By all accounts a lovely girl with a bright future. The city goes berserk at the horribleness of realizing she has been trafficked. How could this happen?

The parents were by all accounts vigilant in overseeing her internet and phone usage. They knew her friends. It was “ALL HANDS ON DECK!” as the city was turned upside down until the girl was found. Did I mention that she was white, from an affluent and influential family, and that law enforcement intervened personally even going above and beyond?

Yet what I know and witness daily are the countless Hispanic and African American girls who are trafficked and receive virtually no response. Recently, I got a call about a teenage Hispanic girl whom the family and friends suspected had been trafficked. They had called authorities. They had called friends and family. They had called their church. Someone put them in touch with me.

Who could help them find their daughter?

A billboard went up in Austin, Texas in recent days. It read “Undocumented immigrant? Before you get deported, get a sugar daddy.”

Interested parties are encouraged to go to a matchmaking website for mutually beneficial arrangements where essentially a woman is encouraged to sell her body for security and money.

I taught a class in a nursing school. It was the second class of the day. The first went off without a hitch. The second was one of the most unsettling experiences I have had in public speaking. As I addressed the subject of pornography and sexual exploitation as a public health crisis, a table of African American nurses-to-be laughed and giggled throughout.

Lest you think I am exaggerating, the professor of the class moved near them to encourage them to calm down. Later a social worker friend, who is also African American explained it to me: this is what they live with. This is what they expect. This is their reality. And what is more, according to her, too many are taught to use their bodies to get ahead and make it in the world. So not only should you expect to be exploited, but use the exploitation to possibly, eventually be successful. Then maybe (and only maybe) can you hope to end the sexual exploitation.

Here is a confession….I am racist.

When I am more shocked and hurt by a white girl who ends up in a trafficking situation than I am by an undocumented immigrant who is scared, in grave need and facing a terribly uncertain future and so has no choice but to sell herself, I am a racist.

When I consider it normal for a particular culture or race to have as part of their norm sexual exploitation of their young and older women alike, I am racist.

When I am willing for authorities and cities to cry out and scream when a white girl is trafficked but I shake my head or shrug when it is a Hispanic, African American, Eastern European, Asian girl or woman, I am a racist.

I do not think of myself as racist. And Lord knows I attempt and examine myself regularly to be sure I am not harboring any form of racism in my mind or heart. Yet when we cry out for “the everything-going-for-her” white affluent girl from the suburbs, and we ignore or simply shake our heads at the others, we must acknowledge a system of racism that permits the cruelest of injustices.

#girlsmatter — no matter what race, color or ethnicity.

After a long-term ministry overseas in Africa and Europe, Nell Green and her husband, Butch, continue a strategic ministry as Cooperative Baptist Fellowship field personnel to help churches care for refugees and raise awareness about the travesty of human trafficking. The Greens assist churches in understanding Islam, develop multidisciplinary ministries to meet the needs of internationals, share the Gospel of Christ and aim to be effective global partners.

October 26, 2016
Creating a theologically diverse Evangelical community in midst of political polarization and tribalism
Next Post 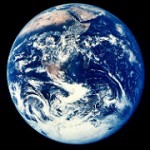 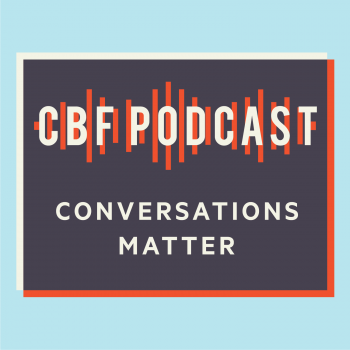