Sermon for Sunday: Those who live on the margins

Sermon for Sunday: Those who live on the margins February 10, 2017 Guest Contributor

Then [Rahab] let [the spies] down by a rope through the window, for her house was on the outer side of the city wall and she resided within the wall itself. Joshua 2:15 (NRSV)

When the children of Israel under the leadership of Joshua were contemplating how to overthrow the great city of Jericho, Joshua sent spies into the city. They were sheltered by a prostitute named Rahab. When the king of Jericho came looking for spies, she hid them then sent the king’s forces on a wild goose chase.  When night fell, she made the spies promise her that she and her household would be spared in the overthrow of Jericho. When they promised her she would be safe, she let them down through her window and outside of the city.

All of this was possible because she was a prostitute. Prostitutes lived in the walls of the city. They lived in the walls of the city because they were marginal, not accepted, treated as less human. The ancient world allowed women only three roles: a virgin in her father’s house, a wife in her husband’s house, or a widow in her child’s house.  If a woman was cast aside by her husband, if she had no children, or if her father turned her out, the options were more or less starvation or prostitution.

Prostitution had little to no stigma for the men that visited prostitutes. Indeed in some cultic traditions it could be a form of piety. For the women, however, they were viewed as being less valuable, less human.

This story is written from the perspective of the Israelites, so we read it from the perspective of the Israelites. Pause a moment though, and place yourself in Jericho. Rahab is not a hero if you live in Jericho. Rahab is a traitor. Rahab betrayed her people, a people that only granted her a half status.  Perhaps had Rahab been valued, treated as a person of worth, she would not need to be a prostitute. Perhaps if Rahab, despite her profession was seen as truly human she wouldn’t have harbored a resentment against her own city. Certainly if Rahab hadn’t been forced to the literal margins of life in the city, she would have not have been able to shelter spies and help them escape.  The people of Jericho were a part of their own undoing when they pushed Rahab to the margins.

Throughout history dominant groups have been pushing other groups to the margin. We have placed our thumbs on the scale to try to hold on to a sense of control and familiarity. Each dominant culture has shied away from what they see as being different, and it hurts the humanity of the dominant group. We come to view the other as also being less.  Less intelligent, less evolved, less moral, less hardworking . . .each less standing in for less human.

If we did not do this, we could not push others to the margins. Even with as little value as that ancient culture placed on women, I would wager that the residents of Jericho wouldn’t send women to live in the wall and be the first to be slaughtered. In order to make it acceptable it must be prostitutes, which somehow is not synonymous with people.

Slavery exists in America. People are bought and sold, but at all costs we avoid calling them people. When slavery ends, Jim Crow laws begin. When they end, marginalization continues in the form of economic and housing discrimination, unjust school funding, and a biased criminal justice system.

Whether it is racial minorities, early Christians in the Roman empire, women for most of history, early persecuted Baptists, indigenous peoples, members of the LGBTQ community, the physically or mentally handicapped, or any of hundreds of other differences, people keep getting pushed to the margins. People keep getting sent to live in the city wall, and churches have been on both sides.

Many people who did it likely did not realize that they were doing it, or the moral injury that it was doing them. Many churches taking part in marginalization don’t recognize the sin living in their own pews.  This much is clear though: the walls of Jericho fell and Rahab endured.  It seems to be the way of history that the marginalized cannot remain marginalized forever.  Unjust systems falter whether in a few years or across generations. People denied their personhood will come to be seen as equals.

I cannot see a problem that was ever permanently solved by marginalizing people or denying the humanity of others. Perhaps our churches can use their position in the city center to speak up for those living in the walls.

Jordan Dollar is a Cooperative Baptist Fellowship-endorsed chaplain who has served in congregational, hospital, and emergency services settings. He currently serves as a chaplain with Seasons Hospice and Palliative Care in St. Louis, Missouri.  Jordan is a native of the St. Louis area and can be found in his garden, by his beehives, or with his wife and two sons. 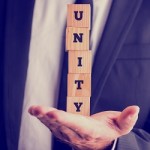 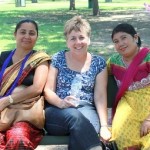 February 15, 2017 The Moral Obligation of Welcoming — CBF field personnel serves refugee families seeking freedom from fear
Recent Comments
0 | Leave a Comment
"thanks for coming to the table that us secular humanist, non-godite folks have been at ..."
crackerMF Repent, and Believe the Good News: ..."
"“Golden Opportunity”https://truthinus.wordpress..."
Kathryn Hauser When Jesus Broke Up the “Boys-Will-Be-Boys” ..."
"This is gonna get n me yelled at, but...Forget Jesus as the religious Prophet and ..."
Kyllein MacKellerann " When Jesus Broke Up the “Boys-Will-Be-Boys” ..."
"Wow! Great post. I didn't know until the end you were male. That in itself ..."
morgan k Wyatt When Jesus Broke Up the “Boys-Will-Be-Boys” ..."
Browse Our Archives
get the latest from
Progressive Christian
Sign up for our newsletter
POPULAR AT PATHEOS Progressive Christian
1