It’s okay to have doubts

In this technologically advanced era, a lot of time is spent making sure that people can verify things, especially that a person is who they say they are. These verification practices occur to protect us from the people that hope to trick us into letting our guards down, so they can take advantage of us. In a sense, John 20:19-31 is about Jesus’ desire to verify who he was so the disciples would know that they could trust him. In the passage, Thomas hears testimony from the other disciples that, while Thomas was away, Christ had appeared to them in the upper room. Like any sane person, Thomas wanted verification for himself.

Do you see anything wrong with Thomas’ words or attitude? If you do, why? Thomas was not the only disciple to need verification. We forget that Mary Magdalene, Peter and John did not fully believe or fully understand what had occurred the first time they saw the empty tomb. Why should Thomas not be allowed the same courtesy as them? I think that one of our challenges is that we have been told since we were children that Thomas doubted and that his doubt was wrong. But, in the original Greek, the word for doubt never appears in this passage.

What we read in the passage is that Christ appeared to the group of disciples a second time while Thomas was present. Jesus invited Thomas to have the same experience as the other disciples: to see and touch the scars on his side and hands. Jesus does not say, “Thomas, you disappoint me with your doubt. But, since you asked for it, I’m going to give you proof.” Jesus instead offers the same evidence that he offered to the other disciples. Christ then implored Thomas to not be disbelieving.

There’s a difference between the words doubt and disbelief. I think that’s an important part for us to recognize. To doubt means to be uncertain about something or to think that something is questionable or unlikely or to hesitate to believe something. In general, there’s evidence that something could be true, but a person can think of reasons why it probably is not true. For example, you hear a news commentator say something strange about something with which you are familiar, and you doubt that the commentator is right.

On the other hand, disbelief is the unpreparedness or inability to believe that something is true. Disbelief typically includes a certain level of shock when hearing that something is true. Disbelief is what happens when you hear that a person died from a car crash. “That can’t be true. I just saw him this morning.” There’s a certain amount of shock and awe when you hear the news. There’s also a certain level of unpreparedness for the news. Yes, we know that anyone can die at any moment, but when it happens, it still takes our breath away.

Understanding that Thomas, like the other disciples, may not have fully understood what Jesus meant when he said that after he was crucified, he would rise again, I can understand why he may have experienced a certain level of disbelief in hearing that the tomb was empty. I also understand why he may have had a certain level of disbelief when he saw the resurrected Savior. I think that’s why Jesus did not chastise him. Instead, Jesus invites him, as he did with the other disciples, to touch his side and hands and to no longer disbelieve.

But, even if Thomas did doubt, I don’t think that’s such a terrible thing either. Doubt is a legitimate natural response that can occur amid supernatural events. When a person who has never experienced something as miraculous as the resurrection of the Savior hears that he is alive, I can imagine that they might say, “Go on. Get out of here!” That doubt does not even necessarily come from a place of disrespect, but instead from a place of shock or a place where they are just trying to figure out what’s really going on.

Ultimately, I do not think Thomas’ responses to the other disciples or Jesus were wrong. They were the responses of someone who had seen the One whom he thought was the Savior of the world die and he did not fully comprehend what that death meant. Jesus did not scold him for that. Instead, he consoled him. We all can find hope in knowing that Christ does the same thing for us. 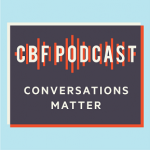