I once heard one of my seminary professors claim that America began as an argument — that who we are as a nation was birthed through the intellectual clashing of ideas, and where in 1776, the arguments for democracy gripped a people, formed them into a nation and galvanized them into revolutionary action.

Indeed, it was not until after the colonies’ intense quarrels with King George III, and amongst themselves, that the Declaration of Independence was penned. “We hold these truths to be self-evident, that all men are created equal, that they are endowed by their Creator with certain unalienable Rights, that among these are Life, Liberty, and the pursuit of Happiness. — That to secure these rights, Governments are instituted among Men, deriving their just powers from the consent of the governed…”[1] Their response to these arguments formed a new Western nation whose politics were to be democratic.

In an age of Trump, where our country appears to be in deep contestation, this insight that our country was born from an argument gives me hope. For not only were we born from an argument, our democracy itself is an argument. An argument is where two parties meet at a contested site, and debate with the hope that their idea wins out realizing a desired change. It is this contestation that is hopeful, for it represents a site pregnant with new possibility. An argument, then, is a doorway for change, and we argue in the hopes that our people may walk through that door. Indeed, the rights of free speech and protest cement the role of argument into our politics. We have a right to disagree with our politicians, to start an argument with our government, and thus have a right to effect change.

The right to argue means that interwoven into the fabric of democracy is the fact that our national identity and policy is never absolute. Because we are a diverse people with complex differing experiences, we are always challenging and debating who and what America is. Indeed, in 2017, we still ask who is included in the Declaration of Independence’s “all men,” category, is “the Creator” exclusive to one religion, and just what do the rights of “Life, Liberty, and the pursuit of Happiness” look like today? Question that have been argued by every generation. This is hopeful! Because without these courageous arguments, I wonder if our notion of citizen would have ever expanded beyond the Founding Fathers’ understanding of property owning white men.

If you want to see an argument that courageously imagined change, and faithfully argued for its possibility, explore the Seneca Falls Convention of 1848. A convention organized to address the social, civil, and religious conditions and rights of women, the conference’s climax was The Seneca Falls Declaration of Sentiments and Resolutions. In a time where the Declaration of Independence’s “all men” meant all white men, here was a group of women who disagreed with their country and sparked an argument. For this document stood up to the Declaration of Independence’s overt patriarchy and proclaimed “We hold these truths to be self-evident: that all men and women are created equal; that they are endowed by their Creator with certain inalienable rights; that among these are life liberty and the pursuit of happiness — that to secure these rights governments are instituted, deriving their just powers from the consent of the governed.”[2]

The Seneca Falls Declaration’s rhetoric, form, and implication throughout intentionally echoes the Declaration of Independence, yet with one key critique: the explicit inclusion and equality of women. Such a proclamation was controversial, met with both disagreeing arguments and overt acts of terror. But within democracy, where arguments constitute our nation’s identity, no one’s word is final. This is hopeful, and through 72 years of arguing, both with words and actions, the women’s right to vote was made constitutional in 1920 with the 19th amendment. Though many women argue there is still much work to be done, these women made the absolute statement “all men” a question, and thus sparked an argument that reshaped our national identity.

It must be stated that democracy is not a free-for-all where nothing is protected and everything up for debate. Much to the contrary, we have rights that are sacred and holy in this nation. And, it is precisely these rights that make the argument of democracy inevitable and hopeful. Democracy, “a government of the people, by the people, for the people,”[3] as Abraham Lincoln, framed it, means that as the people change, so too must its government. Change is only birthed through great conflict and argument.

Thus, our current political polarization, though despairing, is also hopeful. Here what was once an answer has been cracked into a question, and we have the opportunity to argue for a change. Now, we cannot deny there are times in our nation’s history where democracy has failed and arguments proved futile; while subjugated peoples have democratically argued and our nation directed violence onto them. I see this most visibly today with the Sioux Nation at Standing Rock. But this is not reason to give up on democracy and argumentation. Rather, it an opportunity to listen to their argument, and if we agree, to argue alongside these people, strengthening their argument by collectively amplifying its voice. These people have democratically disagreed and sparked an argument, will we listen to them and find truths to their testaments? This question unveils the danger in democracy, and the fragility and tenuousness of hope. We as citizens have the right to disagree, and have so since this nation’s founding. Disagreement and arguments are the difficulty of democracy. Yet it is hopeful, nonetheless, because an argument is always the opportunity to realize change.

[1] “The Declaration of Independence.” In American Political Rhetoric: Essential Speeches and Writings, ed. by Peter Lawler and Robert Schaefer (Lanham: Rowman and Littlefield, 2016), 7-8.

[3] “Abraham Lincoln, Final Text of the Address Delivered At the Dedication of the Cemetery at Gettysburg (1863).” In American Political Rhetoric: Essential Speeches and Writings, ed. by Peter Lawler and Robert Schaefer (Lanham: Rowman and Littlefield, 2016), 219.

Taylor Bell is a CBF Leadership Scholar and third-year Master of Divinity Student at Candler School of Theology at Emory University. 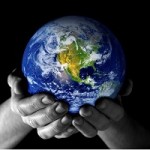 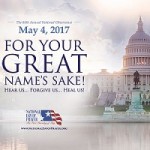 A spy in the house of...
slacktivist
Related posts from Cooperative Baptist Fellowship