My desktop is a nightmare. I’ve got folders and files and graphics all over the place, most of which I never access — old seminary notes, teaching folders filled with Keynote presentations and syllabi for courses I will probably never teach again, a file labeled “dissertation scraps,” which I keep convincing myself I’ll turn into a journal article or two someday. I’ve even got a folder of “pics of me.” I mean, if you don’t need quick access to a headshot every now and then, you’re doing it all wrong. (jokes.)

Just to fill out the description so you know what you’re dealing with, I’m also the guy who currently has 161 unread texts, 5 missed phone calls, and 4,499 unread email notifications on my phone. I’m sorry.

At the strong encouragement of some friends, I began the arduous task of cleaning up my virtual space yesterday. They had been urging me to engage in this project for some time. I would have continued to fight it, but truth be told, I ran out of room on my computer. Every time I would save something to my desktop, the new file would appear on top of another file.

During my initial cleaning, I found an old file. It was a prospectus for what would become The Restoration Project written back in 2012.

People differ on details surrounding the when of a church start, that is, what needs to take place before one actually begins a church. For some, it is a calculated “soft-launch” or a series of “preview services” after successfully building your “core team” and writing very polished “mission and vision” statements.

We didn’t do much of that.

We were anxious to begin meeting with our friends to read the Bible, pray together, sing some songs, and share a weekly communion meal. So that’s what we did. And if anyone wanted to join us, they were welcomed, as long as they weren’t running from something.

The most preparation we did, beyond schooling and our prayers and discernment, was to write this little document about what we thought we were setting out to do. And here’s what I learned after re-reading it yesterday for the first time in a long time: TRP looks different than we thought it would. Our mission and vision remains similar—we still talk about Jesus and restoration and the ongoing aspects of our participation in God’s restorative work in our own community and in the world around us—but now that we’ve been at it for almost 5 years, I think its meaning and significance and application has shifted.

Now we have faces and stories that come to mind when thinking through what we are called to do. It is no longer just theory and speculation.

It’s about working toward the restoration of Salisbury through the vital partnerships that we now have with other churches and non-profits, with missional projects like our local community garden, and in our relationships with the people of Camden Avenue (though even now, these are not as vibrant as we might hope).

It’s about seeing the effects of God’s restorative work in the lives of our members and regular attenders, our emerging leaders and students, the once-jaded churchgoers among us, who have experienced an honest connection with God—even though it looks different than what they were originally told or what they used to expect.

It’s theological (and political and educational and socioeconomic and cultural) diversity, not on paper, but in real life. For those from TRP who may read this, I know we have seemed to attract more of the philosophical diversity in our community, but I’m hopeful that our shared life together, in the midst of our different commitments, proves to be a training ground for an understanding and application of this core theological and missional tenet: we are all created in the image and likeness of God. And as a result, if we coexist with Republicans or Democrats, Calvinists or Arminians, those who are affirming or non-affirming, all while respecting each other as image-bearers of the most high God, perhaps we will look to include and respect other forms of diversity in our community too.

In our first five years, we have also come to know more about ourselves as pastors and leaders and servants in our continually-forming community. And not just with regard to practice. We also realize that we know less about our theology than we once did.

Surrounding ourselves with those who don’t necessarily think like us or believe like us … it helps us to form new questions, new interpretations, new applications.

In all of this, we are in the process of becoming. And I don’t think we could have imagined what TRP is now at the beginning of our journey.

As one of my friends says to church starters and pastors, “The church you pastor isn’t a time capsule—it may look different now from when you started. It may have gone in a direction you didn’t expect, and that’s probably a good thing.”

That has certainly been our story.

TRP is a progressing church.

We are an adapting church.

We are a learning and growing and discerning church.

I believe that our mission and vision will always be about Jesus. If it isn’t, someone please force us to shut the doors. It will also include an emphasis on restoration. We know that there are other themes running throughout the biblical narrative, but we latched on to this one. We believe that through Jesus—through his death and resurrection—God is restoring all things. This truth has fundamentally shaped who we are as a community. Our mission and vision will also include something about our participation in God’s restorative activity. Trusting in Jesus is not just about where we go when we die. It’s about joining in and doing the hard work, here and now. It’s about building for the kingdom, as NT Wright often says. It’s about being an agent of redemption and reconciliation and justice and peace and hope and, yes, restoration.

But in another five years, I hope that the way this works out … what it looks like in actual practice … has progressed even further, that we have continued to adapt, that we have been flexible enough to let God shape us and lead us, and that we are courageous enough to allow it to happen.

And maybe you, too, young church starter, maybe your church won’t look exactly like your prospectus in five years. And maybe another five–ten years after that, God will have continued to call your community to new and uncharted territory—to minister to those on the margins and the outskirts, to include those who have no spiritual home, to serve the least of these, to participate in the kingdom in ways we have been too scared to engage.

And when you allow God to lead like that … that’s probably a good thing.

Joshua James is a commissioned CBF church starter and one of the pastors of The Restoration Project in Salisbury, MD. For more information on TRP, you can visit their website here. 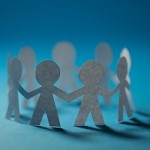 July 25, 2017
The Gift and Grace of Christian Community
Next Post

Will The Church Survive The Covid-19...
The Thoughtful Pastor
Related posts from Cooperative Baptist Fellowship