There are a few verses that show our need for Christ more than Genesis 6:5, “The Lord saw that the wickedness of man was great in the earth and that every intention of the thoughts of his heart was only evil continually.” We know where the story goes from here, God destroyed the world with a flood and He saved Noah, his family, and humanity from utter destruction. God made a covenant with Noah that He would never again destroy the earth and all who lived on it (Gen 8:20-22).  And since the reason He destroyed the world was humanity’s unabated wickedness, He instituted three guardrails to hold back human depravity following the Flood.   These three protective acts are not about the special redemption God has for His people, rather they are related to His common grace that prevents humanity from being as universally wicked as the Genesis 6:5 generation. God’s threefold preservation of humanity is that He reduced lifespans, restrained creation, and regulated justice.

Before the flood, God decreed He would limit human life expectancy.  He proclaimed that “My Spirit shall not abide in man forever, for he is flesh: his days shall be 120 years” (Gen 6:3).  We know that this didn’t take place immediately because Noah lived to 950 and 350 of those years were post-Flood (Gen 9:28-29). But, when we get to the list of Shem’s descendants (Gen 11:10-26) we see a downward trend in lifespan.  Shem lived 600 years, his son lived 500 years, and so on to Abraham’s father, Terah, who lived to be 205. The average lifespan today hovers around 73 years.

There is a short narrative at the end of Cain’s family tree in Genesis 4 that shows why God limited the lifespan of humanity, “Lamech said to his wives, ‘Adah and Zillah, hear my voice; you wives of Lamech, listen to what I say: I have killed a man for wounding me, a young man for striking me. If Cain’s revenge is sevenfold then Lamech’s is seventy-sevenfold” (Gen 4:23-24).  Essentially, Lamech is bragging about killing a young man for insulting him.  Lamech was powerful, established, and had likely lived a long life by this point.  He grew so wicked that he bragged about murdering a young man (possibly even a child).  Someone doesn’t wake up one morning and decide to murder someone and then brag about it.  No, this type of evil is built over years of rejecting the Lord and reveling in sin.  God limited our lifespan to give our evil nature less time to percolate.

It’s telling of human nature that one of the most effective ways God has hedged our evil is by making it so we die at a younger age.  The longer sinners live, the more sinful they become.  Living a long life of rebellion leads to worse forms of rebellion.  When people were living for hundreds of years they didn’t become wiser, better, or less likely to commit sin, they became wicked beyond comprehension.  They earned the Flood over long, wicked, lives. And without this divine intervention, we would too.

A shortened life is an extreme mercy for wicked people. By limiting our lifespan He gave us less time to grow in our sin. God promised He would never again destroy the world as He did because humanity would never have the individual ability, or time, to grow as wicked as our longlived forefathers. God preserved humanity by limiting how long humans live because apart from Christ we only get worse with age.

Following the Flood, God made some changes regarding creation that ensured humanity’s survival. When Adam and Eve were cast out of Eden God told Adam that creation would be cursed and “By the sweat of your face you shall eat bread, till you return to the ground, for out of it you were taken; for you are dust, and to dust you shall return” (Gen 3:19).  Creation was cursed and actively worked against humanity, and this divine curse is highlighted by the flood.  The creation that man was supposed to have dominion over was used to destroy them.

After leaving the Ark Noah offered a sacrifice to the Lord, And God responded by making a covenant with Noah:

“And when the Lord smelled the pleasing aroma, the Lord said in his heart, ‘I will never again curse the ground because of man, for the intention of man’s heart is evil from his youth. Neither will I ever again strike down every living creature as I have done. While the earth remains, seedtime and harvest, cold and heat, summer, and winter, day and night, shall not cease” (Genesis 8:21-22)

God promised Noah that creation would never again be used to destroy humanity.  While we’ve experienced harsh weather, plagues, and natural disasters, none of them compare to the devastation of the flood.  This restraint of natural devastation is key to humanity’s survival.  God will never use creation to utterly destroy us.

The second way God restrained creation is that He put a special fear of man in animals.  This is recorded in Genesis 9:2, “the fear of you and the dread of you shall be upon every beast of the earth and upon every bird of the heavens, upon everything that creeps on the ground and all the fish of the sea. Into your hand they are delivered.”  The logical conclusion to this verse is that animals were running rampant and regularly killing humans.  We don’t know what this looked like because there is no Scripture detailing the exact way animals behaved post-Fall and pre-Flood, but it must’ve been unpleasant because God included His restraint of them in the covenant.  However, God providentially removed this hazard from everyday human life.  Animals still harm and kill humans, but as this verse points out this doesn’t happen to the same degree it did before the flood.

God’s common grace enabled humanity to engage in the cultural mandate. albeit imperfectly due to sin. And this was made possible because the world and everything in it are now less likely to kill us thanks to God’s common grace.

The third way God preserves humanity is through His establishment of law and order.  Following his promise to restrain creation, He states what happens to murderers, “Whoever sheds the blood of man, by man shall his blood be shed, for God made man in his own image” (Gen 9:6). There is a clear, simple command for legal action against murderers.  Today, some claim that the death penalty undermines human worth, but according to Scripture, it elevates it.  The act of murder is so heinous that the Lord ordained death as the just consequence.  But how is this to be carried out? After all, not just anyone can execute someone. That’s why God instituted the civil authorities.

Following the Flood, God commanded humanity to disperse throughout the world.  They refused and instead tried to build a tower as a sign of their equality with God (Gen 11:1-9).  He confused their language and they naturally formed communities with those whom they could understand.  This developed, as God intended, into states with individual economies, militaries, and laws.   My Libertarian friends may not want to hear this, But God regulated legal consequences and established civil authorities to preserve and protect humanity (Rom 13:1-4).

By establishing nations God placed natural buffers to evil. They are given the right to execute those who sehd the blood of man. And when a nation gets too comfortable in its depravity or injustice, God uses another nation to remove them from power or from the face of the earth.  We see this all through the Bible and human history.  Isreal defeated the nations in Canaan. The Assyrians defeated Egypt, The Babylonians destroyed the Assyrians.  The Persians conquered Babylon, the Allies were used to end Nazi Germany, and so on.  Nations rise and fall by the hand of God, and He uses them to preserve humanity.

Conclusion: We Need God To Protect us From Ourselves

The ongoing effects of the Fall are devastating. But when they curse and deny God, they are lashing out at the One who sustains them, preserves them, and stays His wrath against them.  Yes, these three ways God has preserved humanity are hard to swallow.  We die at a younger age than those who went before us.  Creation had to be restrained because of how harsh it was to live in the world after the Fall.  And He created governments as guardrails to keep us from acting on our worst desires, and to act as the civil judge when we do. God’s common grace is a reminder of the human condition.  It’s a testimony of the evil we’re capable of practicing.  Ultimately, we need God to protect us from ourselves.

While everyone experiences the common grace of God.  While everyone lives in a more secure world than the one of Lamech.  While everyone depends on God for every breath.  Only those who repent and believe the Gospel of our savior Jesus Christ will experience the world to come.  One where our government is headed by our Lord.  One where the wolf will lie down with the lamb.  One where death’s sting is no more. The world to come will have no need for guardrails to protect humanity from our sinful nature because that nature will be dead, gone, and forgotten. 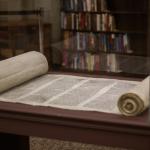 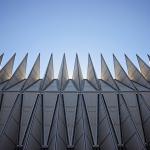 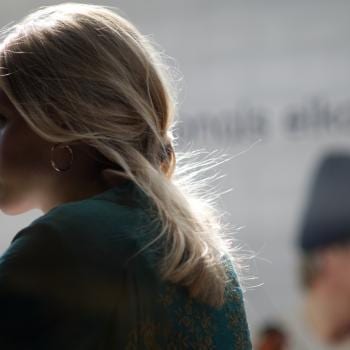 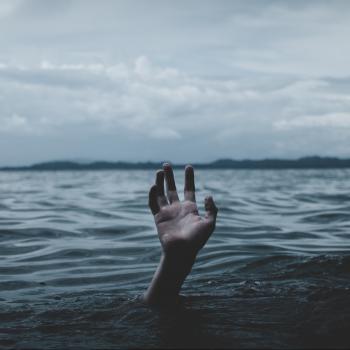 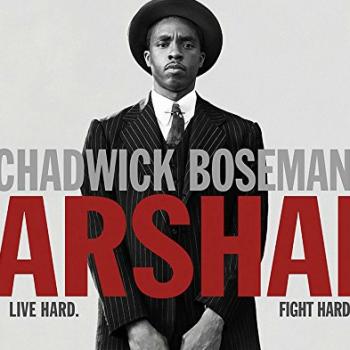 Evangelical
Justice and Partiality: Marshall
The Chorus In The Chaos
TRENDING AT PATHEOS Evangelical