Did New Testament Authors See Their Writings as Inspired?

Throughout the Bible, revelation is intimately connected to redemption. The great Biblical Theologian, Geerhardus Vos, said concerning this, “Revelation does not stand alone by itself, but is…inseparably attached to another activity of God, which we call Redemption.”[1] When one looks at the Bible, he can see that this is clearly the case; the great outpourings of revelation center on and explain the great acts of redemption. The Bible was not revealed in one continuous stream, but epochally, revelation predicted and explained redemption. Concerning the New Testament, Vos writes, “The Old Testament brings the predictive preparatory word, the Gospels record the redemptive-revelatory fact, the Epistles supply the subsequent, final interpretation.”[2] The redemption-revelation structure of the whole Old Testament brings with it an expectation that the climactic redemption in the incarnation, crucifixion, resurrection, and ascension of Christ would also be accompanied by interpretive revelation.

In addition to revelation being closely linked to redemption, it is also covenantal in character. This is illustrated by the fact that the church has aptly named the two sections of the Bible the Old Testament and the New Testament, which is simply another way of saying the Old Covenant and the New Covenant.[3] All of biblical revelation is covenantal in character. In the Ancient Near East treaty-covenants (which were the pattern for many of the biblical covenants, especially the Mosaic covenant) were accompanied by written covenant documents.[4] Old Testament scholar Meredith Kline stated it this way, “The very treaty that formally established the Israelite theocracy was itself the beginning and nucleus of the total cluster of writings which constitutes the Old Testament canon.”[5] The Old Testament itself looked forward to a New Covenant (Jeremiah 31) and so when Christ took the cup and said, “Drink of it, all of you, for this is my blood of the covenant, which is poured out for many for the forgiveness of sins” (Matthew 26:27-28, cf. Mark 14:22-25, Luke 22:18-20, 1 Corinthians 11:23-25), He instituted a New Covenant with the expectation of New Covenant documents. This also explains the expectation of new revelation with the outpouring of the Holy Spirit, which John records Christ speaking of in the upper room. Given the covenantal context, when Christ told His disciples,

“the Holy Spirit, whom the Father will send in my name, he will teach you all things and bring to your remembrance all that I have said to you” (John 14:25-16),

“I still have many things to say to you, but you cannot bear them now. When the Spirit of truth comes, he will guide you into all the truth, for he will not speak on his own authority, but whatever he hears he will speak, and he will declare to you the things that are to come” (John 16:12-15);

In 1 Corinthians 7:10-12, Paul shows that he views his own teaching as equal to that of Christ in terms of authority. It is a mistake to interpret this passage as Paul making a distinction between the authoritative command of Christ and his own unauthoritative recommendation. What follows “not I, but the Lord” is just as binding as what follows “I, not the Lord.” There is no indication in the text that Paul expects his own teaching to be taken as less authoritative, given that he follows up quickly with the conclusion, “This is my rule in all the churches” (1 Cor. 7:17). Far from making a distinction between the binding nature of Christ’s command and the unbinding nature of his own, Paul is simply pointing out that on the issue of divorce he has a direct teaching from Christ (perhaps Matthew 19 or Luke 16:18), but on the issue of marriages between believers and unbelievers he has no teaching from Christ. Rather than undermine the apostle’s authority, he places his commands on the same level as the commands of Christ. As John Murray said, “This passage, so far from diminishing the character of apostolic authority, only enhances our estimate of that authority.”[6] Furthermore, Paul goes on in 1 Corinthians to assert that he is writing to them a command of the Lord and to make his teaching the standard for recognition in the church, saying, “Or was it from you that the word of God came? Or are you the only ones it has reached? If anyone thinks that he is a prophet, or spiritual, he should acknowledge that the things I am writing to you are a command of the Lord. If anyone does not recognize this, he is not recognized” (1 Corinthians 14:36-39).[7]

In Galatians, Paul emphasized his apostolic authority from the beginning by reminding the Galatians that he was an apostle “not from men nor through man, but through Jesus Christ and God the Father,” that is, he was a direct messenger of God. He claims to have received his gospel directly from God, and not from any other man (Galatians 1:11-12). He even goes so far as to pronounce a curse against any (be they even angels!) who preach a different gospel than the one he preached (Galatians 1:8-9). Clearly, Paul viewed himself as speaking (and writing) with divine authority.

In addition to viewing his own writings as authoritative, Paul quotes the writings of Luke as authoritative as well. In 1 Timothy 5:17-18, Paul said, “Let the elders who rule well be considered worthy of double honor, especially those who labor in preaching and teaching. For the Scripture says, ‘You shall not muzzle an ox when it treads out the grain,’ and, ‘The laborer deserves his wages.’” Notice how he introduces the quotations, “the Scripture says.” The two following quotations are from Deuteronomy 25:4 and Luke 10:7 respectively. In doing this he recognizes the authoritative nature of Luke’s gospel, such that it is on the same level as Old Testament Scripture.

In his second epistle, Peter made the significant claim that Paul’s writings are indeed, “Scriptures.” He said,

“Therefore, beloved, since you are waiting for these, be diligent to be found by him without spot or blemish, and at peace. And count the patience of our Lord as salvation, just as our beloved brother Paul also wrote to you according to the wisdom given him, as he does in all his letters when he speaks in them of these matters. There are some things in them that are hard to understand, which the ignorant and unstable twist to their own destruction, as they do the other Scriptures.” (2 Peter 3:14-16)

In addition to recognizing Paul’s writings as containing some difficult content, Peter places them in the category of Scripture (γραφὰς).

At the end of his gospel, John records that he wrote for the purpose that his audience might believe (John 20:30-31). Given the passages previously cited concerning the coming of the Holy Spirit to bring to the apostles remembrance the teachings of Christ and to declare to them new teachings, as well as the use of the phrase “it is written” throughout his gospel to introduce Old Testament quotations (2:17, 6:31, 6:45, 8:17, etc.), it is likely that John meant his audience to understand his gospel as the part of the fulfilment of the Spirit’s work.

In Revelation, John portrays himself as recording a “revelation of Jesus Christ” given directly by God and writing it down as he was instructed (Revelation 1:1-2; 2:1, 8, 18; 22:16, etc.). Not only does he claim to record the direct words of Christ, but his book contains a covenantal blessing/cursing reminiscent of Deuteronomy 4:2 and 12:32, “I warn everyone who hears the words of the prophecy of this book: if anyone adds to them, God will add to him the plagues described in this book, and if anyone takes away from the words of the book of this prophecy, God will take away his share in the tree of life and in the holy city, which are described in this book.” (Revelation 22:18-19). By doing this, John places his book in the same category as Deuteronomy, that is, the Word of God.

Time does not permit me to delve into all the details of the rest of the New Testament,[8] but even a cursory reading will show that the whole New Testament was written in a certain way. That is it was not written merely to suggest doctrines and practices, but to command them. The authors of the New Testament did not write as mere men to mere men, but as the spokesmen of God in the tradition of the Old Testament prophets.

[7] This standard extends to Paul’s written teaching, as 2 Thessalonians 3:13-15 shows, “As for you, brothers, do not grow weary in doing good. If anyone does not obey what we say in this letter, take note of that person, and have nothing to do with him, that he may be ashamed. Do not regard him as an enemy, but warn him as a brother.”

[8] For an excellent overview of the self-conscious authority of the New Testament, see chapter 4 of Kruger. 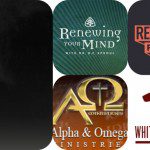 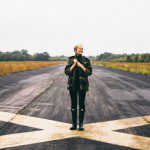 March 31, 2017 Must I Avoid the Appearance of Evil?
Recent Comments
0 | Leave a Comment
Browse Our Archives
Follow Us!

5 Lessons From Rhett and Link's...
Young Fogey
Related posts from The Chorus In The Chaos 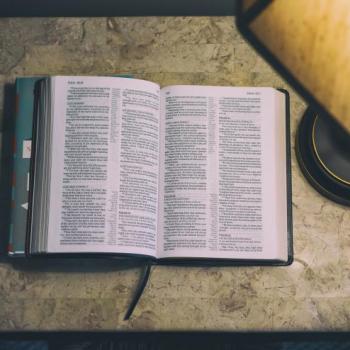