Chick-fil-A has recently borne the scorn of many conservative Evangelicals due to an interview between an organization known as Bisnow and Chick-fil-A COO Tim Tassopoulos (which the reader would do well to read). While some have dubbed the entire thing to be “fake news” – it is important to note that Bisnow is an established, reputable source for commercial real estate news. Equally as important to note is that Chick-fil-A has not denounced the article in question linked above.

Perhaps what some might be calling fake news then is the apparent sensationalism built in to virtually every headline concerning the recent news of Chick-fil-A’s restructured philanthropy. Virtually every major and minor publication on either side of the aisle understands the move to be motivated by the negative publicity generated by Chick-fil-A founder S. Truett Cathy and CEO Dan Cathy’s views on traditional marriage. More clearly, some are calling into question that this shift toward a philanthropic structure that no longer will include donations toward “anti-LGBT” organizations is due to pressure from various LGBT groups, protesters, and allies.

With all of the confusion abounding on the web, here are five things you need to know about Chick-fil-A’s restructured philanthropic enterprises:

1. Since the debut of Bisnow’s exclusive, some outlets have come forth to offer additional clarification. So far, none of the articles have put forth any new information on Chick-fil-A’s decision that was not already included in the original exclusive with Bisnow. Thus, many of the concerns conservative Evangelicals are voicing have not been addressed. Chick-fil-A also published a news release on their own site which does not provide further clarity to these questions, despite people’s requests.

2. Chick-fil-A has long been making this organizational shift in its philanthropic enterprises, as is evidenced even in statements given by CEO Dan Cathy expressing regret over publicly opposing same-sex marriage. The original story claims their recent decisions reflect a desire to be clear about their priorities as a company. It would seem their decision to no longer contribute toward companies that align with traditional marriage is in tandem with these former statements, bringing this issue all the way back to 2012. What that demonstrates to us then is that Chick-fil-A has, at the very least, been trying to distance themselves from what many have construed as hate-speech and discrimination.

This is not a new change in the company’s values then, but rather, an aligning of their practices with their purported values, which is to say, they are seemingly making good on what has been expressed by company leaders for the past several years. Thus, when we look to the contractual obligations toward Salvation Army, the Fellowship of Christian Athletes, and the Paul Anderson Youth Home, it is relatively safe to assume these obligations are what prevented this change from happening earlier. Furthermore, it is safe to assume that by implication of their own words, these organizations did not align with their values.

3. Chick-fil-A certainly has been no stranger to controversy due to Dan Cathy’s statements from 2012. Amidst protestations in Buffalo, the company was not given public support and lost the consideration of the developer of an airport location. They were likewise blocked at a San Antonio airport, again, due to a “legacy of anti-gay” behavior. Even more recently, the franchise’s first U.K. location shut down after only 8 days, amidst protests. While Chick-fil-A maintains the company always intended to be at this location for six months as a pilot, conflicting statements from The Oracle express similar sentiments concerning the company’s lack of LGBT inclusion. The chain itself has seen numerous protests and political posturing, both stateside and abroad.

When we understand Chick-fil-A’s desire to shift from what the company itself has called a “false narrative,” we ought to be able to see this in conjunction with COO Tim Tassopoulos’s comments. In other words, this is a PR move, specifically one geared toward removing the company’s reputation as anti-LGBT.

4. It is important to note that Chick-fil-A has chosen not to renew contracts with several companies that have garnered negative publicity for the franchise and will be moving to annual contracts instead of multi-year contracts. This can happen for various reasons, even subjective ones (i.e. they want to refocus more on local organizations). However, it is also important to note that the COO is explicitly on record for saying that none of the future partners being considered have anti-LGBT positions. Additionally, one of the companies they have chosen donate to is an organization called Covenant House, which unashamedly embraces an LGBT lifestyle. Thus, not only do you find a distancing from purportedly “anti-LGBT” organizations, but an immediate funding of an organization that is pro-LGBT. To be quite frank, the only reasons these organizations garnered a reputation for being anti-LGBT is simply because they affirmed the Biblical stance on traditional marriage and gender roles.

5. Yet as much as this is about developing and nurturing a different reputation, this is surely also a financial move. This was also made clear in Bisnow’s exclusive with the company, “But after years of ‘taking it on the chin,’ as a Chick-fil-A executive told Bisnow, the latest round of headlines was impossible to ignore. This time, it was impeding the company’s growth.” When one couples this statement with the information above concerning various blockades faced in America and abroad, and the fact that Chick-fil-A is a business, it isn’t too difficult to assess that part of the decision is monetarily driven. As they seek to move into more liberal territories, that becomes all the more difficult with the reputation that precedes them.

It should be relatively apparent to those with a modicum of discernment that the shifts in Chick-fil-A’s philanthropic enterprises are indeed based on pressure from the LGBT community, especially as it affects their pocketbooks. Some have lobbied against the conservative backlash by virtue of the fact that this is a business, and businesses need to make money to survive. However, I would be remiss to suggest this is an adequate business model for the Christian. The idea being that a Christian is not an owner of a “Christian business,” but rather, everything they do is to be under the auspices of the Christian faith. It is precisely due to this bifurcation between our worldview and the world we live in that we are in this hot mess to begin with. If the bar for the Christian is set at making the best possible chicken sandwich and earning more money, even if more money is given away to charitable causes, the ethical ramifications of this are huge. Even the Pagans seek after these things.

By creating degrees of separation, we are enforcing the idea that corporations, societies, cultures, governments, etc., are not made up of people that work toward an ideology that is either aligned with or opposed to Scripture. We are supporting to the validity of the argument that says something truly can be “neutral” and benign, even though secular corporations themselves are quick to champion their causes by vomiting rainbows on their logos every June. In other words, by using such logic, Christians are reinforcing the same old faulty arguments that were used ten years ago by liberals moving toward a progressive ethos and governance. Even more clearly: this was the same rhetoric used of liberals to push our society toward accepting the liberal sexual ethic in the first place.

The core issue is still the same one we’ve been speaking about for the better part of three decades now, with increasing fervor in more recent years. It’s not even truthfully about the money being used to support homelessness, education, and hunger; it’s about conceding to the LGBT agenda and supporting the work of organizations that are clearly against biblical values. Those who affirm a liberal sexual ethic are never content with what ground one concedes, as the only acceptable response is total surrender. It is not enough to straddle the fence; it is not enough to apologize for public statements and hold such beliefs in private; one must renounce their former views and become a cog in the LGBT machine.

Conservatives have not been raising complaints against Chick-fil-A for restructuring their giving; that’s not the true issue at hand. It is not even in saying that a Christian owned company must give to certain organizations in order to be considered Christian. What it boils down to is that a Christian owned company must not concede biblical ground simply to earn more money and entreat the favor of men. If the standard is simply that we make the best product, all sorts of wicked practices (that might not even be illegal) can be entertained because Christ then becomes this icon we celebrate on the day we close our restaurants, yet relegate to the confines of our houses of worship when it comes to the sexual ethic throughout the remainder of the week.

At some point, Christians have to realize the writing on the walls, which is to say that we can’t have our chicken and eat it too. No amount of philanthropic work will remove the reputation of being “anti-gay” if you still affirm traditional marriage and gender roles. If that isn’t clear, perhaps the voices crying against Chick-fil-A for not doing enough at this point might further illuminate the point. Yet what should be all the clearer for the average Christian who wishes to remain faithful to the Scripture’s stance on these things is that now is not the time the battle lines are being drawn in the sand. These markers were already put in place years back when Christians relegated this issue to one of indifference, and the restaurant serving “God’s chicken” already bowed the knee to Mammon long ago when the backlash originally surfaced. When push comes to shove, one need not denounce their doctrinal beliefs to show a vacillation on a matter. In other words, our actions show whether or not we truly believe the Scripture’s sexual ethic will outlast progressive ideals and whether or not this is a hill worth dying on.

We’re supposed to be different. We’re held to a higher standard. The proclamation of the gospel and the living out of our faith is to be at the forefront of what we do. There is no divide between the spiritual and physical, for we are those whose lives are to be a continual reflection of Christ to a dying world, yes, even in the workplace. Even as we sell our goods. If we somehow think there is little correlation between how we conduct ourselves in the business world, the decisions a business will make (especially in who they financially support), and the object of our worship, we are naïve at best and fools at worst. Everything is connected to worship. Even chicken. 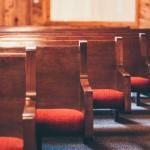 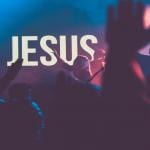 November 21, 2019 Why so Many Evangelicals Don't Understand Infant Baptism
Recent Comments
4 Comments | Leave a Comment
Browse Our Archives
get the latest from
The Chorus In The Chaos
Sign up for our newsletter
POPULAR AT PATHEOS Evangelical
1

Two years on from chemotherapy
I don't tend to write much on here about my blood cancer...
view all Evangelical blogs
What Are Your Thoughts?leave a comment
Copyright 2008-2020, Patheos. All rights reserved.