Are You a ‘Judgmental’ Christian? Good.

One of the most misused verses in the Bible is Matthew 7:1, “Judge not lest ye be judged.” Professing Christians and non-Christians alike will quote this verse in a myriad of ways—mostly though as a tool for deflection. In other words, it’s used as a “gotcha.” Drop Matthew 7:1 in any particular debate over issues of sin and apparently the debate is over. However, much like any other misused verse in the Scriptures, the problem is resolved simply by examining the context of the passage.

Simply by reading this passage, one can see there is a bit more going on here than the fact that someone is judging another person. As we can see in v. 2, the conjunction “for” explains the reason behind the command not to judge. The way or manner in which we judge will be used against us. In other words, the same standard we apply for others will be the standard by which we are judged. There is an inherent warning here for people—that much is clear.

The implication is rather simple: judge and you will also be judged. How you judge someone is the same way you will be judged, hence why Christ explains we ought to first examine our own motives and actions first. If we are in sin, the primary focus should be upon “removing the log” from our own eye so that we can see clearly in removing the speck in another’s. It is then and only then that we can appropriately judge another—and the presumption of the passage is in fact that we will judge another. Notice, however, that the focus of Christ in Matt. 7:5 is that of the hypocritical person, who judges without respect to their own sins. In other words, there is still judgment that is deemed necessary to take place; the “speck” is not to be left in another’s eye, but rather, the one seeking to remove the speck from their brother’s eye ought to first inspect their own eye in order to rightly remove it.

This is the same thing in the mind of the apostle Paul in Romans 1:18-2:16. Here he deals with those who suppress the truth in unrighteousness (Rom. 1:18-20), reject God and the truth in favor of worshipping some element of Creation and indulging the lusts of their hearts (Rom 1:21-25), and are subsequently given over to degrading passions (Rom. 1:26-27), a debased mind (Rom. 1:28), and as a result are filled with a litany of evil practices and thoughts (Rom. 1:28-31). They know, in other words, that such things are worthy of death—yet they not only practice them but give hearty approval to others who do the same (Rom. 1:32). For this reason, these same types of people have no excuse, for in that which they judge another, they condemn themselves because they practice the same things (Rom. 2:1).

No matter how you stretch it, the demand placed on the one who passes unrighteous judgment is repentance, for we know that the judgment of God rightly falls upon those who practice such things (Rom. 2:2). They should know they will experience the same fate as others who practice evil deeds (Rom. 2:3), for God’s patience is not a sanction of their sin, but a demonstration of His kindness, which is to lead to repentance (Rom. 2:4). Those of a stubborn, unrepentant heart will only store up further condemnation on the Day of Judgement, where God will reward each man their due (Rom. 2:5-16). Again, to put it as bluntly as one can, those who practice lawlessness will not inherit the Kingdom of God (Gal. 5:21; 1 Cor. 6:9-10) and their hypocritical judgment will only build up more and more wrath.

Notice though there is no disapproval for those who judge who do not make a practice of the same things as the unbelievers identified in Rom. 1:18-32. In principle then, what is condemned is the practice of false judgement—a judgment from one who claims to be righteous yet is anything but. Thus, if one is to make any such practice of judging another person (we all do this, by the way), the only way to do so without sin is to actually know what a righteous standard is and live by that standard. The apostle John gives us further clarity on this same principle in John 7. The Jews at the temple are seeking to kill Jesus because He healed a man on the Sabbath—yet He identifies the problem is not that they have judged Him, but that they have judged by appearance rather than righteous judgment (Jn. 7:19-24).

In all of it, the common thread that binds these passages together is not that judgment in and of itself is a bad thing, but rather, how one judges is vitally important. Christ, in fact, commands the Jews to judge in John 7:24, owing to the fact that the Law of Moses that God has given them does much the same. This is how justice in theocratic Israel is to function (Lev. 19:15; Deut. 1:16), but this is likewise how one is to judge one who claims to be a prophet of God (Deut. 13:1-5).

This is why there is a continual emphasis by Jesus on the content of His words (Jn. 7:14-18), why the apostle Paul didn’t mind that the Bereans “fact-checked” him against the Scriptures (Acts 17:11), and likewise why the apostle John encouraged discerning every spirit to see if they are from God (1 Jn. 4:1-6). There are additional passages where judgment is to be carried out within the context of the church so that the purity of the Body is upheld (1 Cor. 5; Matt. 18:15-20). All of it presupposes judgment is in fact a good thing, when done rightly, but also that it is a necessary function of the Body of Christ.

The point of all this is not that you become some proverbial “sin-sniffer,” where you are in the constant state of pointing out each and every fault you find. There are times where we overlook offenses (Pro. 19:11) simply out of love for another (1 Pet. 4:8). We are likewise commanded to bear with one another (lit. to “put up” with another believer) and forgive one another as Christ has forgiven us (Col. 3:13). The reason for this is simple; if we forgive others, the Lord will forgive us (Matt. 6:14). A person who is characterized by forgiveness, in other words, is one who genuinely displays an understanding of the gospel. To put it rather bluntly, you can’t withhold forgiveness from someone and be a genuine Christian.

What we should be looking for in correction of another believer is a pattern of sin, where the goal is one of restoration (Matt. 18:15; Gal. 6:1; Jd. 1:22-23). There are proper channels in which we are to do this in the life of the church (Matt. 18:15-20). We are likewise not to judge the unbeliever in the same manner as we would a brother, because God Himself will judge those outside of the church (1 Cor. 5:12-13). In other words, Paul’s point to the church at Corinth is that it is not the function of the church to discipline those outside of the church—that is God’s role. One of the ways God has designed this to be carried out in every society is through governing authorities appointed by God for this task (Rom. 13:1-7; 1 Pet. 2:11-17).

None of that is to say we don’t call sin what it is—and that’s probably the most common claim people seek to make when they appeal to the phrase, “Judge not, lest ye be judged.” Enter into a myriad of online or even in-person debates on things like homosexuality, transgenderism, fornication outside of marriage, females in the pastorate, abortion, or pretty much anything that the Scriptures call “sin” that goes contrary to the public ethos, and you are likely to hear this phrase ripped well outside of its intended context. In such times, it is entirely appropriate to use the maxim of Paul Washer, “People always tell me, ‘Judge not, lest ye be judged.’ I always tell them, ‘Twist not Scripture, lest ye be like Satan.’” The reason being is that what the phrase “Judge not, lest ye be judged” actually means and what others seek to make it mean are two vastly different things.

Scripture itself repeatedly makes claims of judgment against sin and calls Christians to proclaim these things to unbelievers, all for the purpose of urging them towards repentance and faith in Christ. Part and parcel to the good news of the gospel is that there is the bad news that the judgment of God rests upon all who are outside of Christ. In other words, you can’t faithfully proclaim the gospel without telling people the very things that earn condemnation before a just and holy God. We can’t mince words or shrink back from the truth at hand, no matter how unpopular it may make us before our peers. Yet we likewise can’t leave people hanging or somehow exempt ourselves from this same process.

The Law of God is designed to show us that all have fallen short—that all are in a desperate position—that all deserve wrath, yet in that, the Law is to subsequently point us to Christ, who paid the full penalty for our sins and gives us His righteousness, so we can appear blameless before God. The commandments of God are to likewise spur the believer on to holiness, for they were not saved so that sin may abound. The goal in passing judgment then is dual-faceted, in that we point the believer back to the cross in the hope of their restoration, whereas the goal with the unbeliever is to point them to the cross in the hope of their redemption. If we fail to point people toward Christ in our efforts to call sin what it is, we ultimately fall short of Scripture’s intended aim in exposing sin for what it is (Matt. 28:16-20). Yet likewise, if we fail to do the difficult work of careful introspection first, we will inevitably fail to exercise righteous judgment. 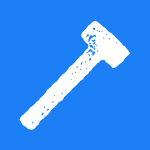 January 7, 2022
The Heresy of Universalism – An Open Plea to Daily Reformation
Next Post

January 21, 2022 A Simple Trick for Memorizing Scripture
Recent Comments
0 | Leave a Comment
Browse Our Archives
Related posts from The Chorus In The Chaos 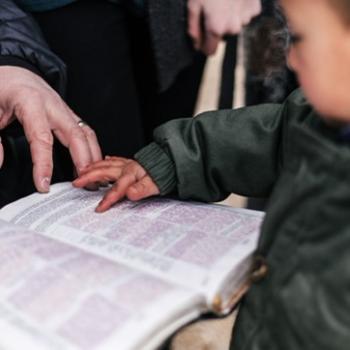 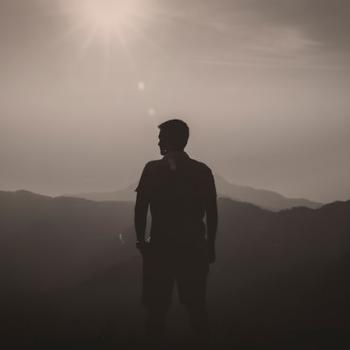 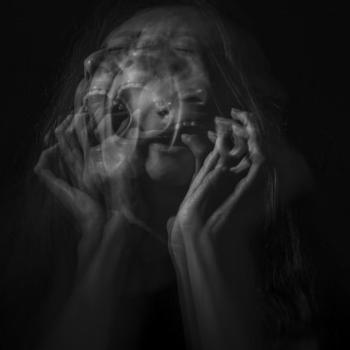 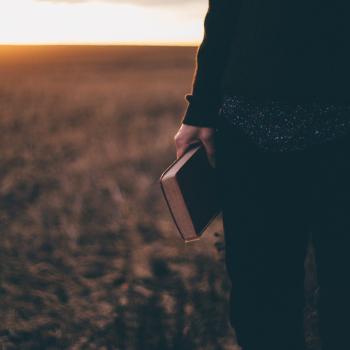