A few weeks ago, my wife and I decided to make the journey that all mid 30’s caucasian married folk eventually make. We packed up the car and headed south for Waco, TX to The Magnolia Market, the store of Chip and Joanna Gaines. Chip and Joanna are the stars of the hit reality TV Show on HGTV called Fixer Upper. You know what this is, unless you live under a sad rock.

Once there, we were delighted to find a pleasant family oriented environment, that was flooded with the sights and sounds of Christmas. These weren’t just generic holiday items either; most of the Christmas items were specifically Christian themed. Anyone who watches the show or has followed the growth of the Gaines’ fame is aware that they are outspoken Christians. Chip and Joanna’s faith is documented in their book, online videos, and interviews. They are conservative Christians and hold conservative Christian values. You know this. I know this. But apparently, BuzzFeed lives under the aforementioned rock because they had no idea.

In an article written with a breaking news-ish tone, BuzzFeed announces that Chip and Joanna’s church is firmly against same-sex marriage.

You can read the article if you like, its linked above. But I can save you some time and let you know its dumb. It’s a non-story. It’s a waste of journalism effort and resources. I think I lost a few IQ points reading it. To me this article has about as much credibility as The Cleveland Browns do in the NFL. Maybe that’s a little unfair to the Browns, but you get the idea.

Here’s something news-worthy: You just lost an election with tactics like this.

Beyond the absurdity of this witch-hunt themed article, there lies a more underlying problem I see in the liberal media. A fundamental misunderstanding of the word “tolerance”. You’re tolerant up until someone disagrees with you, then you’re at risk of being publicly branded homophobic. That’s not tolerance, that’s bigotry!

If you find yourself getting irritated by that statement, then consider for a moment that you might have walked right into that stereotype.

Anyone with a clear mind can read the BuzzFeed article and tell it was not “tolerant” or helpful. So why write it? Why promote anger? It’s not helpful for anyone. BuzzFeed, you owe Chip and Joanna Gaines an apology. We can do better than this.

There will not be a universal agreement on issues like homosexuality and same-sex marriage until Jesus returns and judges the world justly. Until then, both sides need to find ways to stop looking for ways to promote “tolerance” or compromise and starting creating healthy dialog; and we certainly don’t need trolling! We can disagree and still be friends. We can debate and not fall into ad hominem arguments. In fact, we probably will disagree. And, it might even get heated at times. But if its done in a spirit of love, it can happen. I may not agree with your life choices, but you’re still a person who bears the image of the God and I want to hear your story. Let’s talk.

Christian or not, we are all deeply broken and in need of repair. For me, that repair comes from the life, death, and resurrection of Jesus Christ.  I don’t know where you find your repair, but I would love to ask you that question. 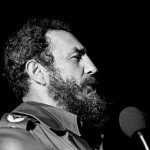 November 29, 2016
In The Presence of Mine Enemies: Should We Pray For Them To Die? (Reflections on Fidel Castro)
Next Post 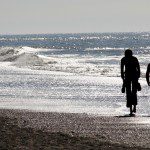