In The Presence of Mine Enemies: Should We Pray For Them To Die? (Reflections on Fidel Castro)

In The Presence of Mine Enemies: Should We Pray For Them To Die? (Reflections on Fidel Castro) November 29, 2016 David Bordy

Growing up in South Florida, I wasn’t exactly unacquainted with the Cuban community. Several of my classmates were 1st Generation Cuban Americans. They would recount to me stories, both past and present, of what the tyrannical Cuban government under one Fidel Castro was doing. This was a particularly hard reality on the Christian Cuban community. In a country where even freedom of speech is limited, Christian liberty was (is) not exactly a smiled-upon concept.

I personally remember the day, several years ago now, when American news first announced that Castro was sick and had the prospect of facing his own mortality before him. I remember the discussion of transitioning power to his brother Raul who, many Cubans have told me, is not any better (in fact, probably worse) than Fidel. Excitement at the prospect of Fidel Castro dying was not unlike the celebrations you’d find in Little Havana today, now that he’s gone. When the Cuban American community of Christians in South Florida first heard that he was ill though, many actually started praying for his death.

This begged an interesting theological question for me…  Is it appropriate for a Christian to ask God for the death of their enemies? After all, Jesus not only forbade us from hating persons in our heart, but also told us to LOVE our enemies. The famed 23rd Psalm reminds us that our Good Shepherd prepares a table of His bounty in the very presence of our enemies. We are told that it is important for the wheat and chaff to grow up together, and it is GOD who will separate them at harvest. Factoring in all these truths, how can it be acceptable to pray for the death of another human being, regardless of how evil their actions in life have been?

Moreover, if we assume that it IS theologically acceptable to pray for their deaths, what would such a prayer look like? It can’t be filled with hate, or even a desire to take right the wrong ourselves (“Vengeance is mine, saith the Lord. I WILL repay”, Deut. 32:35, Rom. 12:19). How exactly would one ask God for the death of their enemies?

The more I studied and sought scriptural council on this, the more it drew me to the imprecatory psalms. An imprecatory psalm is one where the author invokes, of God, trouble, judgment, or even curses upon their enemies. There are 19 such Psalms in the bible. If we’re going to look at the possibility and/or method of praying for our enemies’ death, these psalms would be a good place to start. By means of example, let’s examine one of my favorite examples of an imprecatory psalm:

By the waters of Babylon,
there we sat down and wept,
when we remembered Zion. (Israel has been captured by the Babylonians and are exiled in a foreign land, longing for home)
2 On the willows there
we hung up our lyres. (Lyres were for celebration music. Israelites hang their celebration instruments on the trees. There’s no use in singing joyfully when we’re in exile)
3 For there our captors
required of us songs,
and our tormentors, mirth, saying,
“Sing us one of the songs of Zion!”  (Our taskmasters mock us in exile. “Sing one of your happy little Hebrew songs”, they say as they laugh at our misery)

4 How shall we sing the Lord‘s song
in a foreign land?  (How can we sing happy songs while we are far from home in exile?)

There’s the context… Now comes the imprecatory part…
7 Remember, O Lord, against the Edomites
the day of Jerusalem,
how they said, “Lay it bare, lay it bare,
down to its foundations!” (During the Babylonian conquest, the Edomites were particularly vicious in their conquest. Don’t forget their merciless cruelty in the Day of Judgment, O Lord.)
8 O daughter of Babylon, doomed to be destroyed,

blessed shall he be who repays you
with what you have done to us! (Lord, we pray You will do to THEM EXACTLY as they have done to us)
9 Blessed shall he be who takes your little ones
and dashes them against the rock!  (Ouch! What kind of prayer is THAT? No doubt one of the most vicious things Babylonians or Edomites did during the invasion was to take little Israelite babies and murder them by smashing their tiny heads against rocks, as there horrified mothers looked on. The prayer here is for retribution for what has ALREADY been done to them)

In summary, as usual when it comes to prayer, the answer to our question lies in the object of our prayer. If your prayer is solely focused on your enemies’ death, for example, then the eyes of your prayer are looking around you (at your present circumstances) rather than on the right Object and focus OF your prayer, namely God and His Son Jesus Christ. When Peter took his focus off Jesus, he sank. On the other hand, if (in the midst of an onslaught of troubles for your enemies), your prayer cries out to the Lord for justice and righteous retribution (as He sees fit), then I think it is perfectly acceptable to pray in that way. David never sought the direct death of His enemies. He had a chance to kill King Saul and passed it up. Rather,  he sought the Lord. In such a seeking, several of his psalms are prayers for vindication and protection from his enemies. His prayers are for, as Longfellow put it, the hope that “the wrong shall fail, the right prevail”.

Cuban Christians’ prayers for the death of their enemy, while emotionally understandable, miss the greater truth of prayer. Jesus taught us to pray “Thy will be done” and that is certainly true when it comes to our wicked adversaries as well. If your focus on the immediate action (death, in this case), it is so narrow that can’t see the Source of such action, namely God and His sovereignty. Our ultimate hope is not the death of our enemies, but the righteous vindication and peace that will come as a result, which will free us up to dwell God’s unadulterated presence forever. While our circumstances with our enemies may not yet cause us to see the sunrise, we must use the pre-dawn twilight hours of prayerful faith  not to focus on the darkness ending, but to praise God for the light. 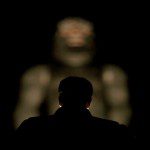 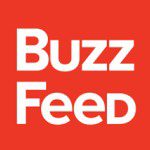 December 1, 2016 BuzzFeed Owes Chip and Joanna Gaines An Apology
Recent Comments
1 Comment | Leave a Comment
Browse Our Archives
get the latest from
The Chorus In The Chaos
Sign up for our newsletter
POPULAR AT PATHEOS Evangelical
1

Can God Change the Past?
Roger E. Olson
Related posts from The Chorus In The Chaos 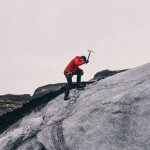 Evangelical
Why Do Christians Struggle To Pray Daily?
The Chorus In The Chaos 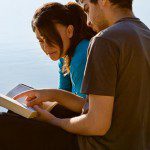